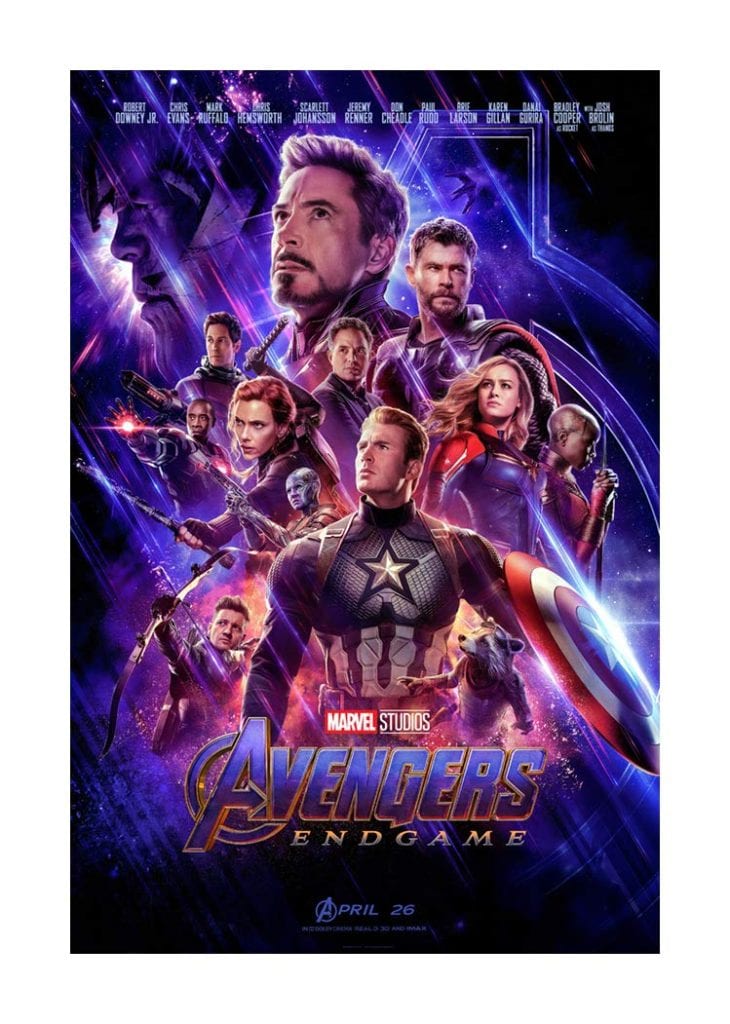 “Avengers: Endgame” is the culmination of a storyline that has spanned 22 films and 11 years. You may not need to see them all to piece together the plot, but it sure does help.

At its best, “Avengers: Endgame” delivers a satisfying, emotional ending to a 22-movie arc across multiple directors and writers, tying up loose ends and leaving room for our favorite heroes to grow.

So much happens in “Endgame,” a large portion of it falls in spoiler territory. Here’s what I can say though: Endgame is a conclusive ending to everything that’s been foreshadowed, hinted at or mentioned through the past 21 movies. I already know that most fans will go and see these movies regardless, but for the people who have only seen one or two of them, I’d still recommend it. If you’ve seen any of these movies and enjoyed them remotely, or even have just seen “Infinity War,” go out and see Endgame; it’s exhilarating, emotional, action packed, and worth three hours of sitting.

For those who saw the previous installment, “Infinity War,” last year, our favorite heroes were turned to dust and an ominous post credit scene that hinted at what was to come.

A year later, “Endgame” continues the tone with a harrowing opening scene to remind the audience of where our heroes were left off. We get to see our heroes and the rest of their world deal with the aftermath of the snap that wiped out half of all life in the universe, with some self-deprecating humor to ease the pain of the audience.

We see who was lost and how the rest of the universe reacts. “Endgame” continues this tone for the first hour of the film, before the pace picks up and we get to see the beginning of the rising action.

This doesn’t mean the first hour and a half are bad, it just trades the traditional over-the-top action for much-needed character building for some of the more overshadowed Avengers. The last hour and a half, (yes, that makes this a three-hour movie) are probably the best in any Marvel Cinematic Universe movie as this is where most of the action takes place and where the ends start to be tied up. The film doesn’t spare any surprises down to the last minute.

Marvel uses “Endgame” as an opportunity to revisit some of the most important parts of the MCU, building upon past relationships, Easter eggs and comic book fever dreams, ensuring that things we never thought would happen, happen.

“Endgame” easily begets the most emotion out of any film so far. In terms of scale, if you thought “Infinity War” was shocking emotionally, Endgame takes that to a whole other level. Endgame takes the same token that “Infinity War” left that gives these heroes some tragic, dark, sad emotions and humanizes them. These heroes struggle with loss just as much as everyone else in their universe. In this regard, Endgame doesn’t follow the MCU formula.

Marvel continues to build on the heroes and storylines that they’ve created for the past 21 movies, a feat never done before. “Endgame” isn’t meant to be a movie that works as a standalone, so don’t expect it to. The Russo brothers, who directed the film, know that they don’t need to spend time introducing new characters because they expect you to have watched the previous films in the franchise and to know who everybody is, and this is where Marvel shines. They don’t need to spend time building on specific heroes, but when they do, it’s always to the benefit of the audience.

We see Iron Man, who has continually struggled with his fear of the future (and Thanos), Captain America, who feels out of place having been ripped from his time and Thor, who has lost nearly everyone he loves struggle to find a reason to keep going. All of these elements have been continually hammered in during the past 21 movies, and they make sure to touch on each one of them during “Endgame.” Viewers are left with only one question: “What happens next?”