A Night With Saint Motel 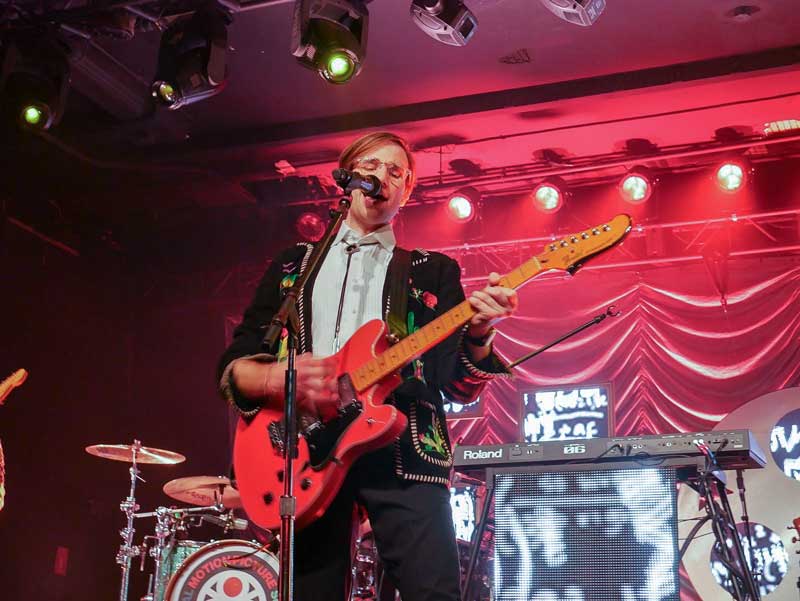 There was a certain energy I felt when the lights went out in the Roseland Theater and Saint Motel made their way to the stage. It felt charged, like the feeling you get at the top of a rollercoaster as you wait for it to drop. Suddenly the screens on the stage lit up and we were being shown a blizzard, a deep voice over the speakers telling us the story of A.J Jackson, the lead singer, who was making his way to the summit of a massive mountain. It was then Jackson rose up out of the crowd, dressed in a winter parka and holding an oil lamp, and made his way to the stage. He walked up to the piano, the narration cut and the room exploded into sound and color.

This is the theatrical way Saint Motel started their concert on March 4 at the Roseland in Portland, and I’m pleased to say the Hollywood style performance never let up once. The LA-based band, known for their funk inspired alternative sound, have always put on good live performances and have had impressive on stage theatrics. Luckily, before I was swept into the Saint Motel’s “Motion Picture Show” as it was called, I was able to see an opening act from another energetic band with an equally wild attitude, that band being KOLARS.

The duo, consisting of members Rob Kolar and Lauren Brown, were fantastic to watch, with Kolar on guitar and vocals and Brown demonstrating her unique skill of tap dancing and drumming at the same time. After listening to a stellar performance of rockabilly inspired alternative, I was thoroughly hyped for what was to come next. The theme behind tonight’s show was, as Jackson described it, “a cinematic journey into the mind.”

Many songs were given a backstory, with Jackson changing into several different costumes to match the movie-plot inspired scenarios, such as the previously mentioned mountaineer from their performance of “Cold Cold Man” or a space voyaging astronaut for the song “Born Again” the latter of which including Jackson crowd-surfing on an inflatable spaceship. The stage was set up with several screens that would play visuals to go along with the music and match the moods of each song, as well as props such as a fake flaming torch to go with a dictator outfit Jackson would wear in the show. Everything looked spectacular, with not one dull moment visually. The song choice spanned across the band’s entire career from their first EP to their most recent album. Watching it all being performed live gave me flashbacks to listening to these songs for the very first time when I was younger, and getting to experience the band’s sound shift from wild, crashing garage rock to the smooth, retro alternative they make today.

Every part of the band stood out and had a chance to shine, with the crooning vocals, brassline, and keyboard mixing together wonderfully with the guitar and drums. It’s not always easy for bands to pull off music inspired by more “classic” sounds. Some take too much from the past and end up sounding unoriginal. Saint Motel manages to avoid that trap, with music that sounds distinct and fresh. In many ways, the band takes sounds that have been out of style for decades and breathes new life into them. I’ve never seen an audience get so excited for a saxophone and trumpet duet than at this performance.

The band ended their show with Jackson heading into the audience to dance with attendees, walking around the railings at the top of the theater before returning to the stage to finish off a performance of what may be the bands most popular song, the disco infused “My Type.” As the band left the stage, the theater was once again left in darkness as the narrator signaled the end of “The Motion Picture Show.”

After the show, KOLARS had some words to say about the show. “This is one of our favorite cities to play, I’m not just saying that, we had a great show,”  said Brown. Kolar was very pleased with the how the Roseland Theater helped out together the performances: “…this was the first show where the production team of this venue completely, like, worked with us, did their research, knew the songs, and it felt like this collaborative effort between us performing and the team doing the sound and the lighting and all that.”

After watching both these bands perform live, I can’t wait for when they return to give us another night worth remembering. 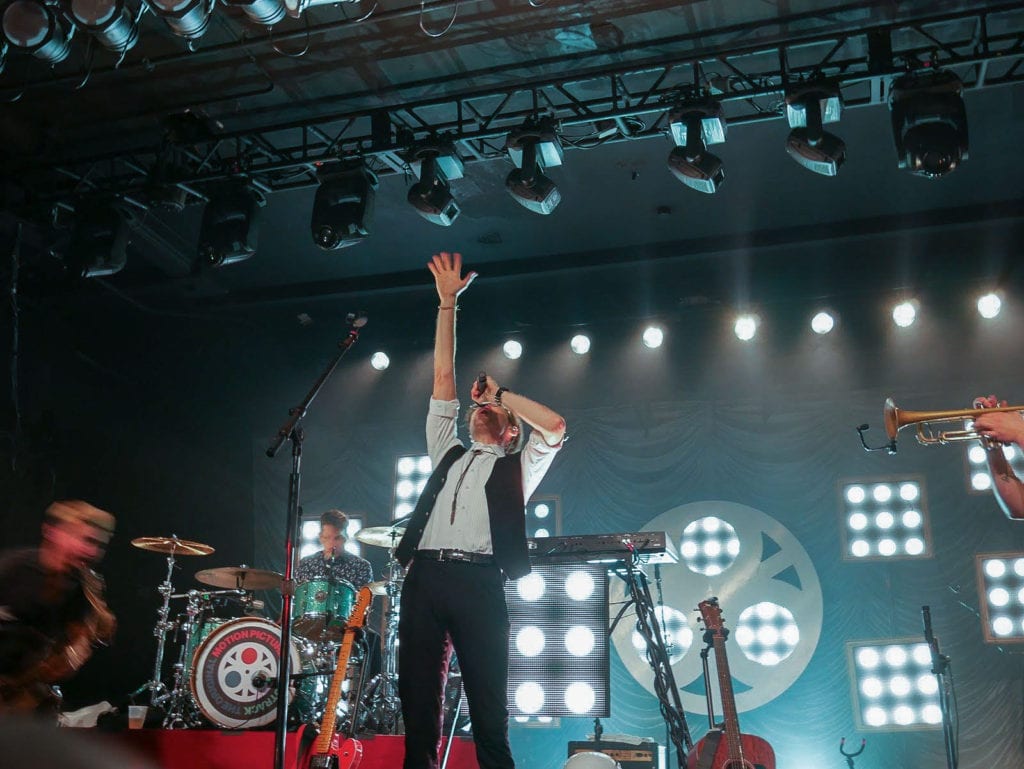