A return from the Wizarding World 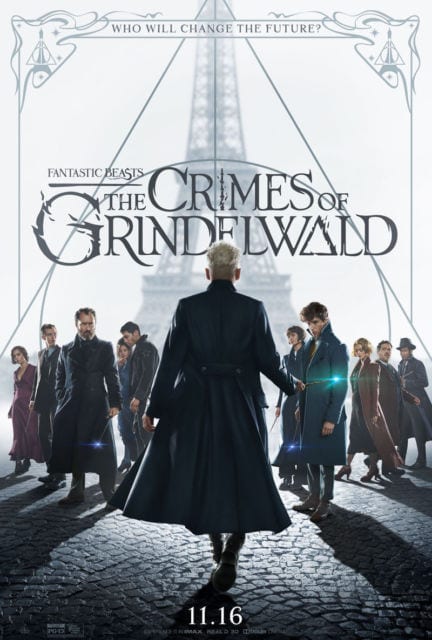 Following the eccentric adventures of Newt Scamander, portrayed by Eddie Redmayne, the series sees the wizard reluctantly pulled into the story’s larger conflict against the evil wizard Gellert Grindelwald, portrayed by Johnny Depp in a brief cameo at the end of the first movie and prominently in the sequel.

“Fantastic Beasts 2” picks up a short while after the events of the first movie and sees the return of most of the original cast. Grindelwald, who had previously been captured by Scamander near the end of the first film, escapes his confinement and sets to work creating a conspiracy to elevate wizards above their muggle counterparts.

Much of the plot revolved around the search for Credence Barebone, portrayed by Ezra Miller, as he is believed to be from a powerful bloodline. Grindelwald seeks him out to take advantage of his power, while the others, including Scamander attempt to keep him out of the villain’s hands.

Of the main cast, the standout role is easily Redmayne, who continues his excellent portrayal of the character from the first movie. He is able to perfectly embody the character’s quirky personality, from his love of the magical beasts he cares for, to his awkward interactions with love interest Tina Goldstein, who also returns in “Fantastic Beasts 2.”

Jude Law’s Albus Dumbledore is also noteworthy, though his part in the movie is still relatively brief, portraying a younger, though equally troubled, version of the character.

On the other side of the spectrum, several characters did not perform quite as well. Miller was one of the worst, though it is not entirely Miller’s doing. The movie reveals Barebone to be a character of some importance, but in doing so creates a mess of unnecessary twists that in the end feel very contrived. The character itself is also fairly flat, following his single motivation no matter the consequences. Even after finding a companion who he seems to connect with, he throws everything away to follow a dark path that will undoubtedly lead to oblivion.

The movie also includes a number of characters that feel superfluous at best and lore-breaking at worst. One of the most prominent, the maledictus Nagini, who eventually goes on to become one of Voldemort’s companions in the Harry Potter series, is included, but never seems to find a real reason to be there.

The most questionable inclusion is that of Minerva McGonagall. Though only seen in passing during a brief flashback set in Hogwarts itself, the inclusion introduces an odd timeline issue. It had previously been established that McGonagall would not be born until the mid 30’s in the universes timeline, but somehow appears in a flashback set before the events of the film, which itself takes place in 1927.

A common complaint that has been made regarding the movie is its lack of narrative substance. Much of the movie is spent setting up the upcoming sequels, and the movie’s narrative suffers for it. There is very little payoff during the movie’s climax, which instead serves to draw the lines between the upcoming factions in what is inevitably going to become a war within the wizarding community. Because, many of the movie’s twists feel forced or unnecessary, it can leave the movie feeling a bit empty. This is particularly unfortunate because there is a lot of charm to be found in “Fantastic Beasts.”

Especially following the first movie, which brought new life to the Wizarding World and, in many ways, brought magic to life in a way never before seen in the movies, this movie’s failings feel even more pronounced.

The movie is good, but it could very easily have been great. Much of the blame is likely to be fairly placed on J. K. Rowling, who wrote the script for the movie. The writing itself seems to be the cause of most of the movie’s failings, after all.

The movie is one that casual fans are likely to enjoy, though, and hardcore fans are likely to find infuriating. Unfortunately, fans will have to wait for the release of the next entry in the series before it can be decided if this movie’s setup leads to a satisfying payoff.