‘About Time’ the Alexander Gallery hosts in person exhibit 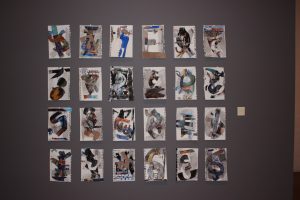 Clackamas Community College is hosting its first in-person art exhibit since February 2020 in the Alexander Gallery located at the Niemeyer Center on the Oregon City Campus.

The exhibit titled “About Time” runs through Feb. 25. Due to COVID-19 restrictions on campus, it was closed temporarily and the artists’ talk postponed until Feb. 9 at 1 p.m. Admission is free and open Monday through Friday from 9 a.m. to 5 p.m. except for the holidays.

The Clackamas Print had the opportunity to visit the exhibit. Mel Ulven is the mastermind behind the work displayed on the walls of the Alexander Gallery. Ranging from collages to napkin drawings and journal entries, the exhibit tells a story about the past, present and future.

Ulven was born in Minnesota where he lived with his very large family that consisted of 10 kids until he was 5. He spent the remainder of his childhood in the Willamette Valley. Mel attended art school in Portland and was introduced to black and white art and photography and was drawn into it.

Ulven spent 45 years as a graphic designer, which he described as a precise type of job. Ulven referred to himself as a “naturally sloppy guy” and said it was freeing to make colleges in his free time.

“You can modify and change and go back and peel back and all of that and,” Ulven said. “I like the idea of cutting and tearing”. 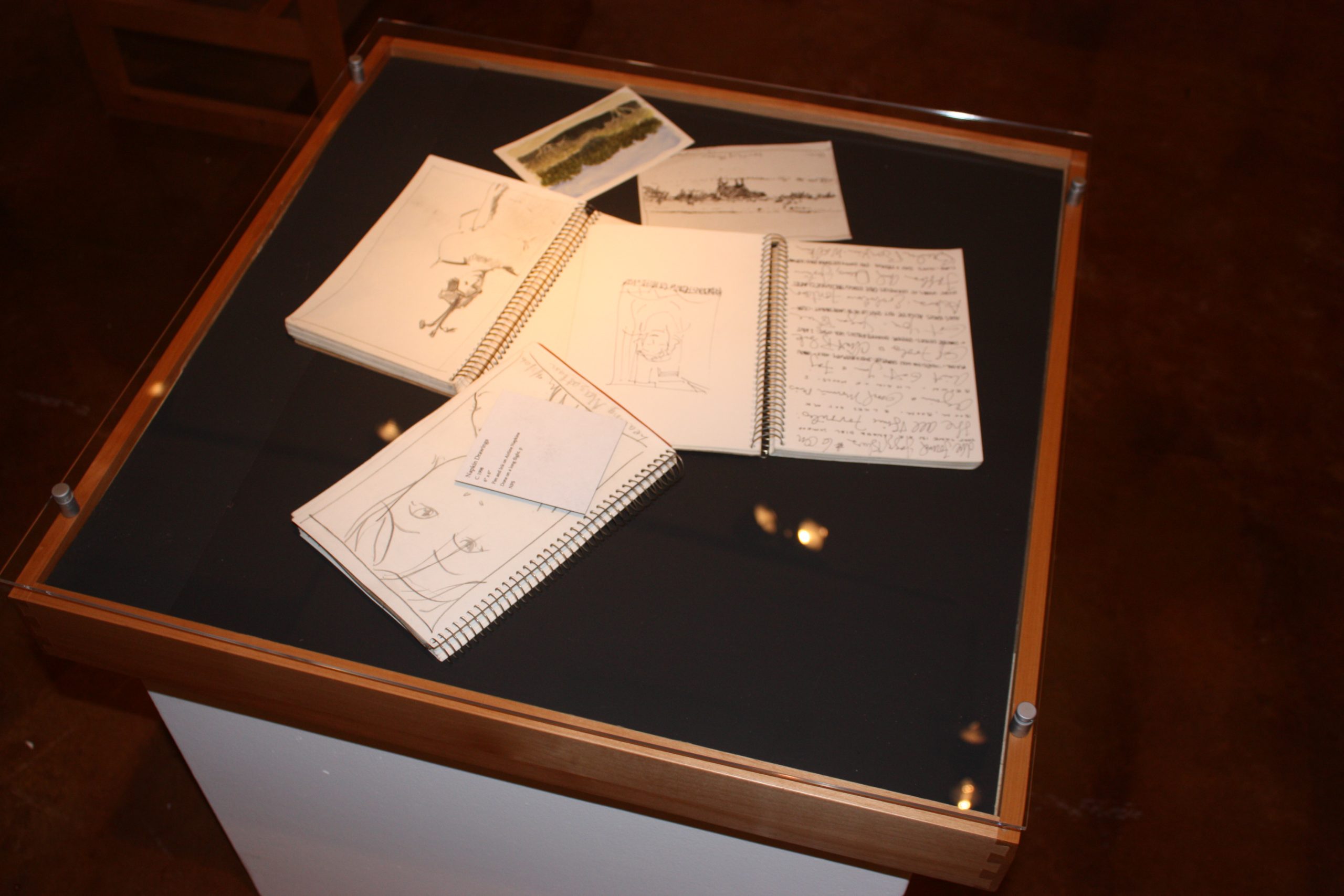 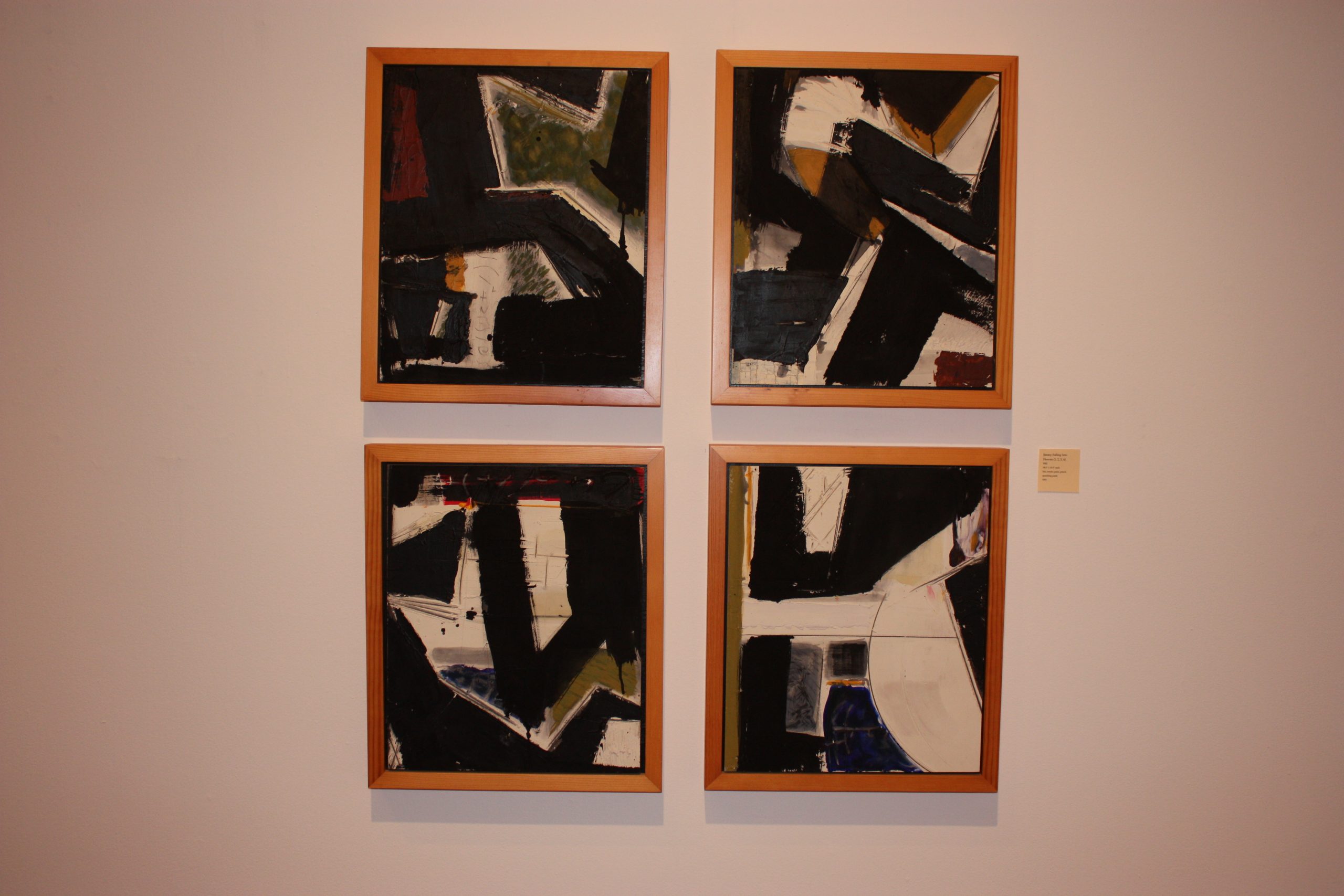 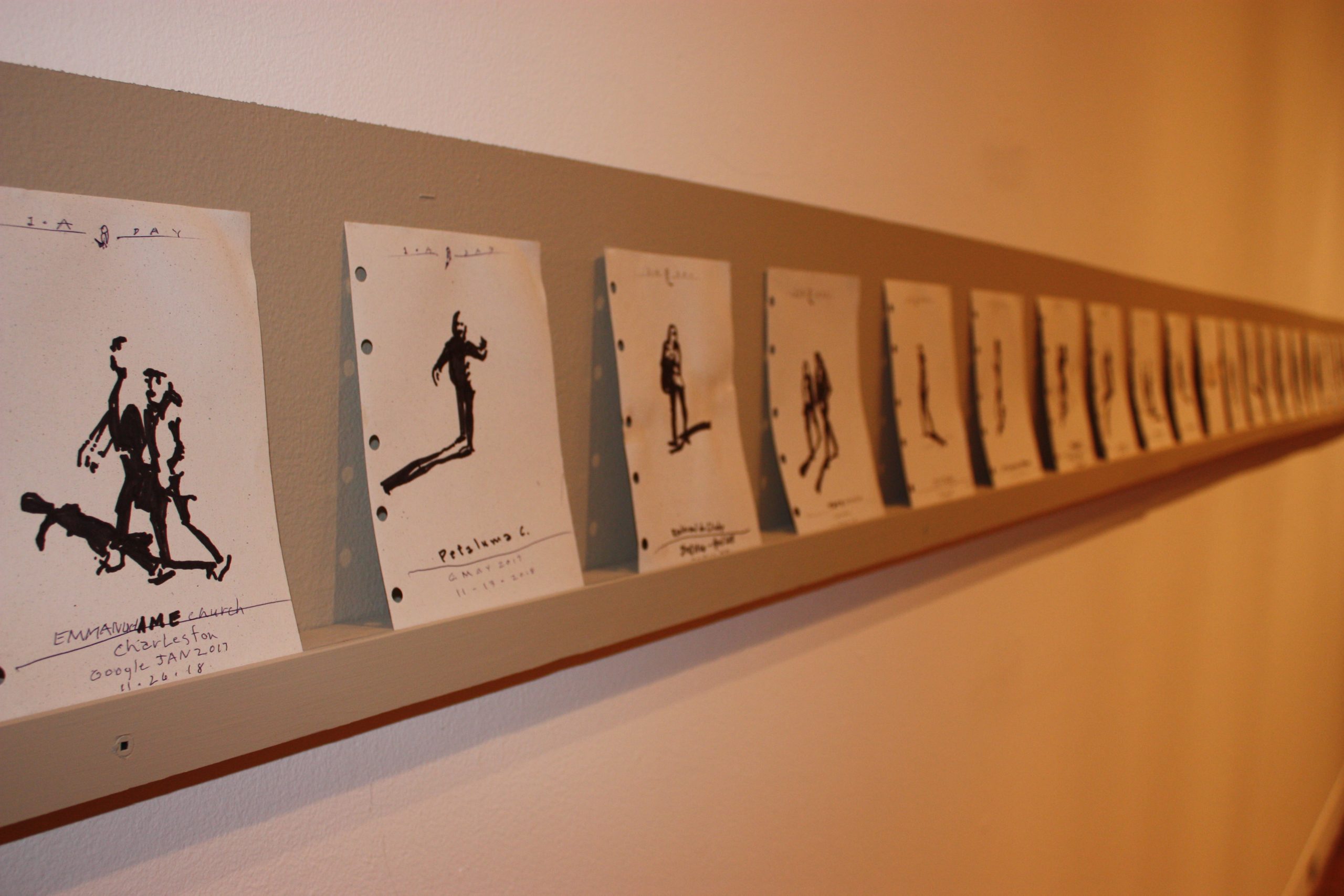 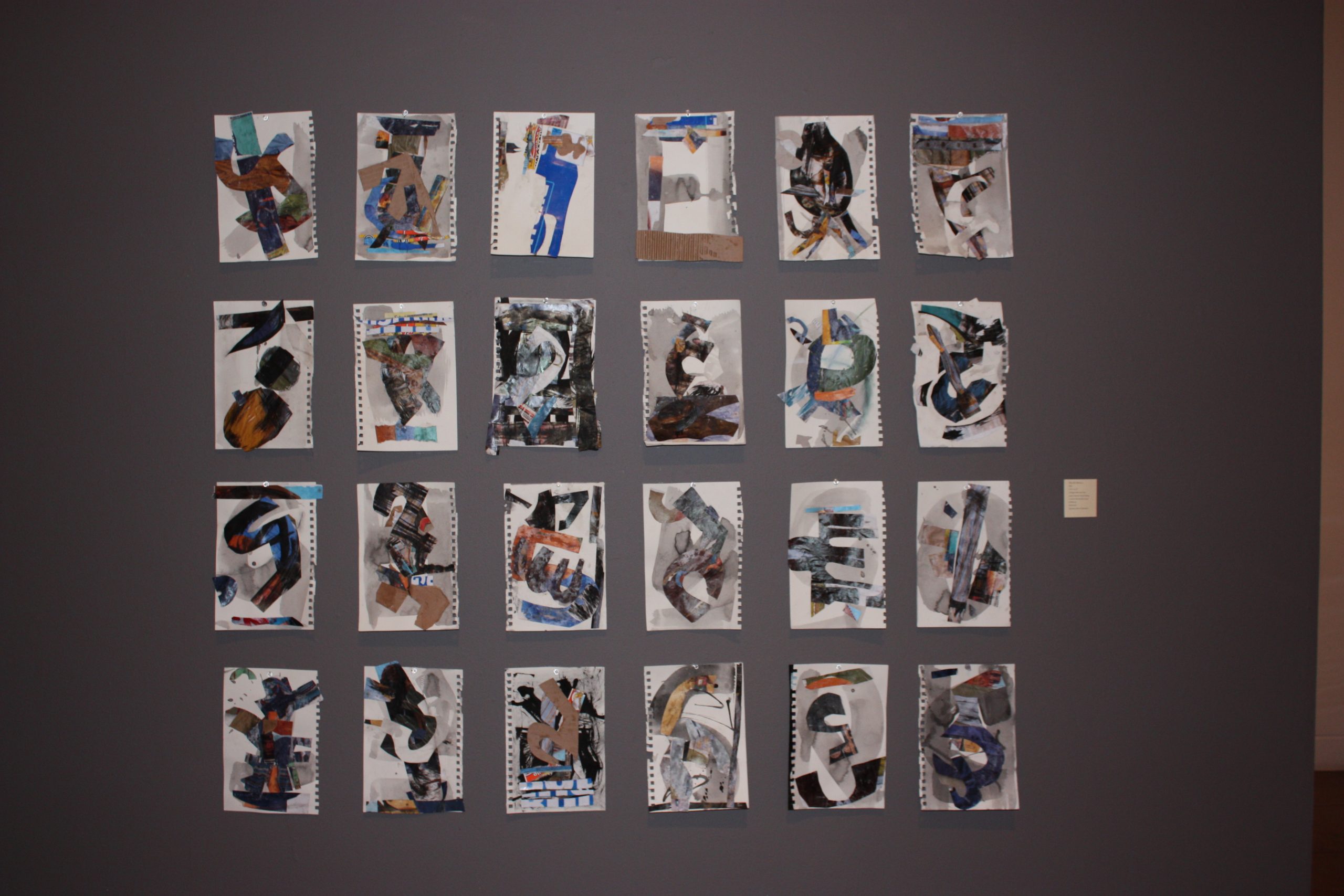 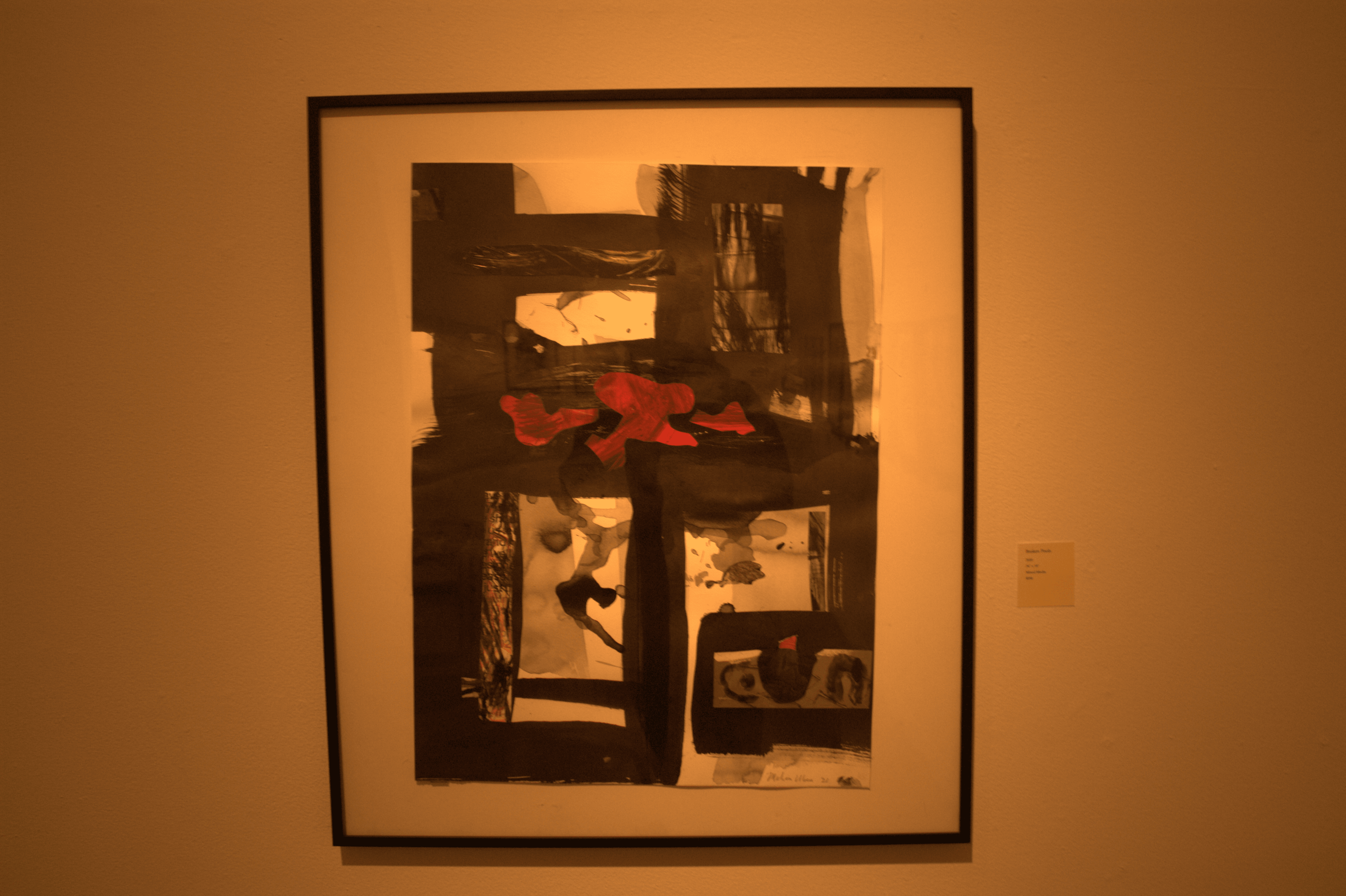 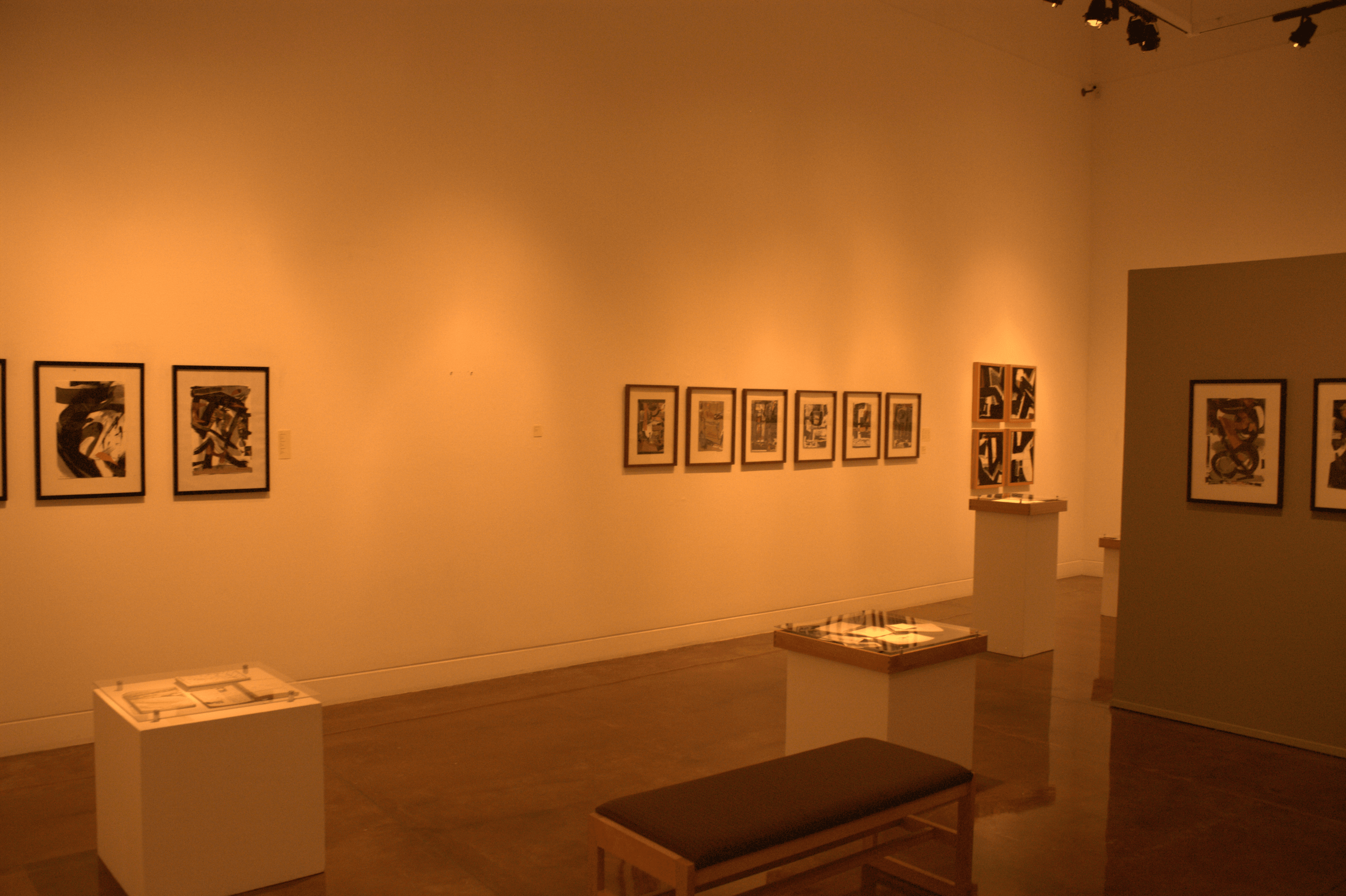 One of the displays that stuck out was the piece titled “Napkin Drawings.” This was done around 1998 with pen and ink on airplane napkins done on a long flight back home from Japan. Ulven said they were done in about an hour.

“I was kind of reacting to what was around me and what was on the TV screen,” he said. He joked about his flight attendant bringing him more and more napkins as the creativity flowed.

Another piece in the exhibit called “Pigs Race for Oreos” was done for his family. It all started when his wife read an article in the 1990s about how the state fair was feeding Oreos to the pigs as a prize.

Ulven said in his home he keeps a jar of Oreos. “We always had a jar of Oreos around,” said Ulven. “And no one was supposed to take that last Oreo that was always mine until it was filled up again.”

He said that he had never seen the image of the pigs at the fair so he created it and that’s how the collage came about.

“I love maps,” he said. “And I love Google Maps. So I like going to Google and visiting places. You know, you could go to Ukraine and you could zero down and go down the street. It’s so cool.”

He said he likes that they are freeze-framed so you can see all the details.

Ulven said that sometimes it was kind of interesting to him that he would draw what the Google maps showed then but as time goes on that part of the world looks different.

“Two guys are walking down the sidewalk. And Google captured them. I think that two years ago, this summer, the town of Paradise burned up in a forest fire in Northern California. So this photo was taken before the fire, and I’m doing the artwork after the fire. So there’s a story to be told in there. I don’t know that story.” Ulven shared how interesting it was to him that the picture he drew would be so different if he saw what the town of Paradise looks like now.