The show includes the work of Mandee Schroer and Don Olsen, two adjunct teachers at the college.

“We’re really excited to have this opportunity for the student body to see their work this term,” said Kate Simmons, faculty member and Gallery Director at CCC. “This work focus largely on ideas of printmaking and works on paper.”

Simmons said the artists felt like the ideas of physical process and working with a concept informed both of the bodies of work shown in “Inner States.”

Schroer’s work is interested in “feelings of tension and mental awareness,” said Simmons. She uses abstract shapes to assign feeling and convey feelings through them.

Schroer received a grant for framing her artworks. She also features a series of woodcuts in the same style as the framed prints. Woodcuts are often used as large stamps; the artist puts on ink and presses the cut onto a medium. Schroer viewed the woodcuts as “exercises in process,” said Simmons.

Part of Schroer’s work was created at Caldera, a two week residency outside of Sisters, Ore.

Schroer had special words for the water media prints she had produced while in central Oregon.

“They were conceived down in Caldera as a means of me trying to interpret my visual world, and how I am trying to come to terms with this internal conflict I have with chaos and organization.”

Schroer’s pieces are meant to explore her inner world not just as a standalone representation, but as a continuation of each other, as a language.

“I look at these as a visual vocabulary or a narrative. They’re put together to have a relationship with one other,” said Schroer.

Her other works were created in Mexico while on a trip with students.

“Those were sort of a continuation of these tangled pieces. These tangles are the way I internally feel.”

Don Olsen, who teaches digital photography, also had words about his work, a multitude of prints and multimedia work on paper.

“All the work is about this idea of trying to create [a] space that on a two dimensional piece of paper you can create three dimensional space. So, I used that space as interior space: as mental space,” said Olsen.

Simmons said, “He’s created this composition, and he reproduces that composition continuously. He then goes into each one of those individual compositions and paints and draws on top to create more unique one-of-a-kind art objects.”

Olsen uses commentary directly in his work, using text. “Sometimes those bits of text are very random, sometime they have humor to them,” said Simmons.
Olsen gave an analogy for his artwork. “The underlying vision is that I’m trying to push the front of my windshield out, so that I can see what’s in that space.” said Olsen.

He described that he used a concept to work with to free up the workflow of creating art. He soaked the papers in ink water, folded them and unfolded them, and ran them through a press, among other techniques.

“It’s a repetition to free in the end, because I know what to do next,” Olsen said with a laugh.
The Alexander Gallery’s show “Inner States” will be open through Feb. 5. 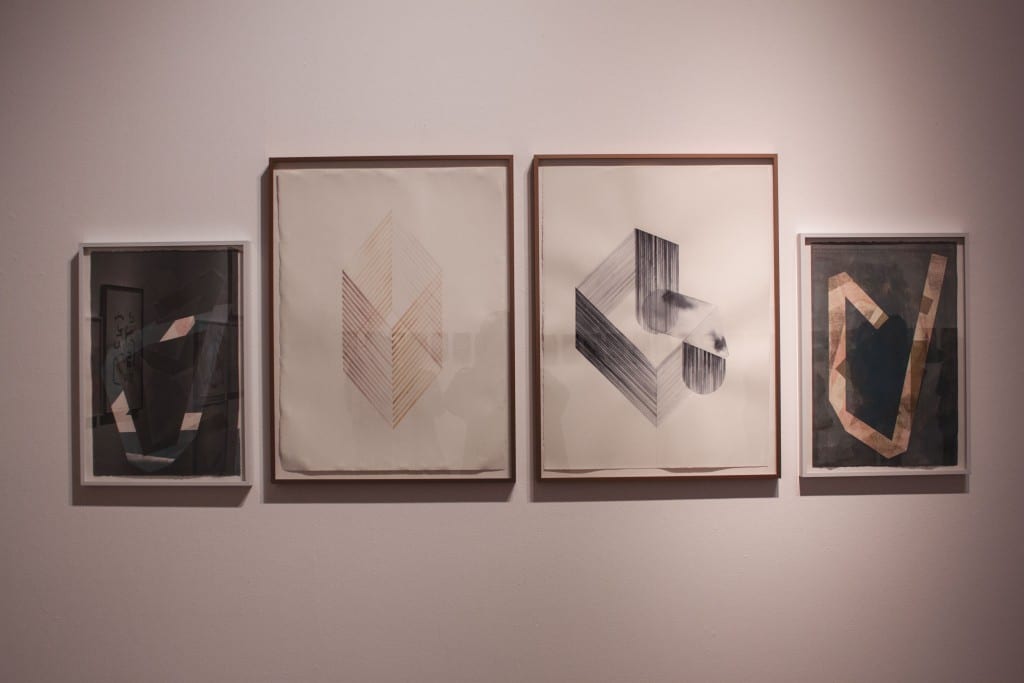 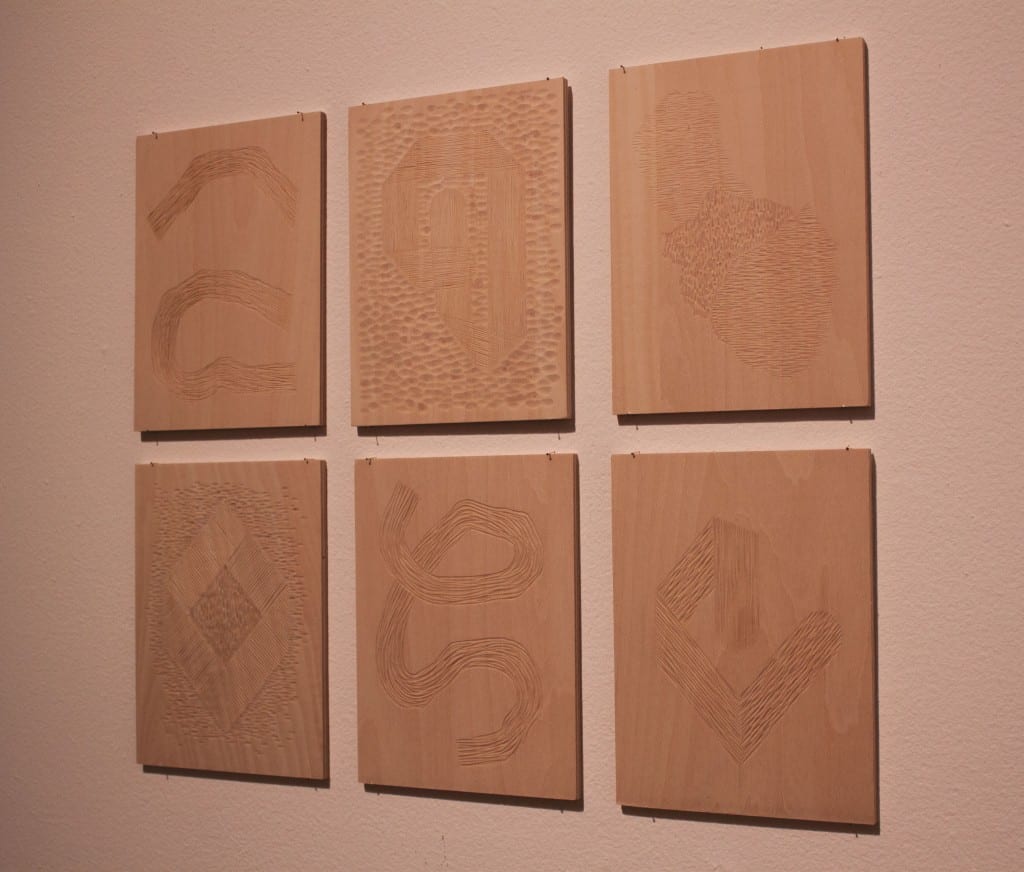 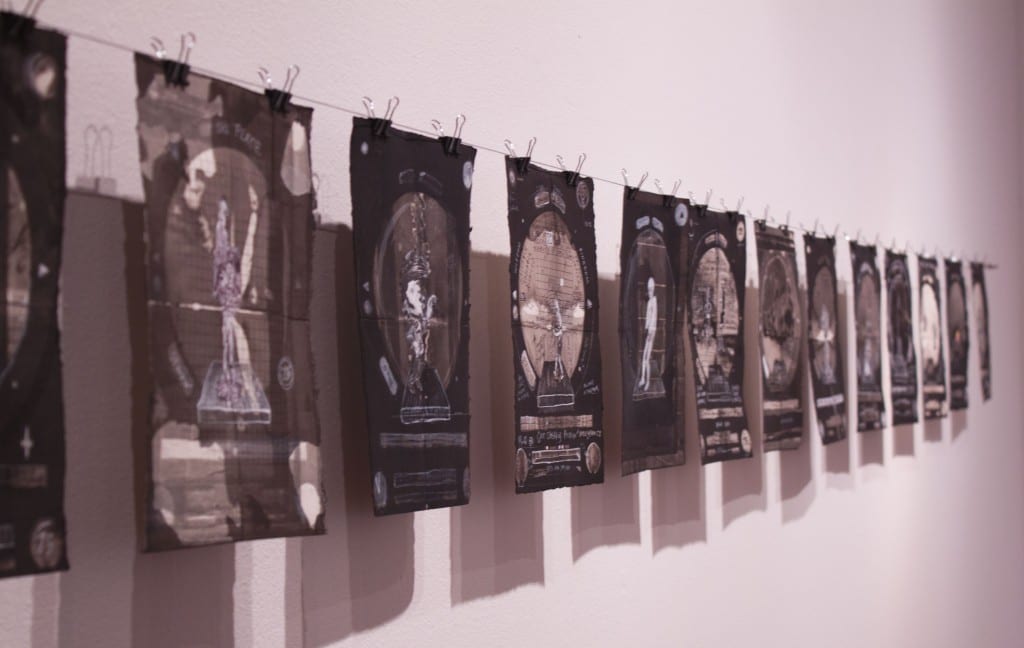 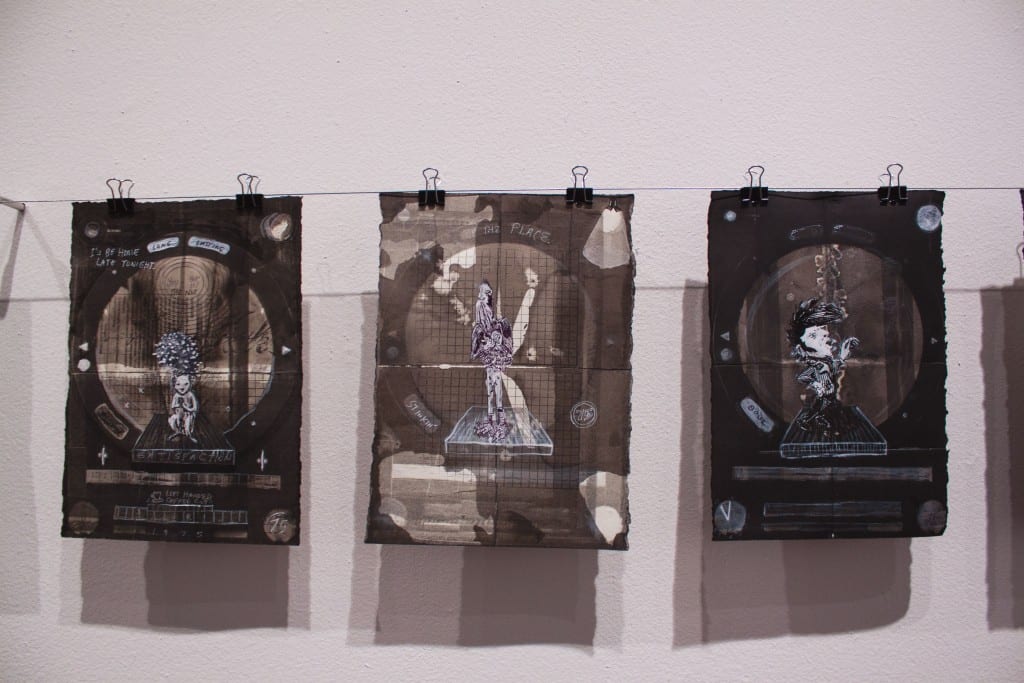 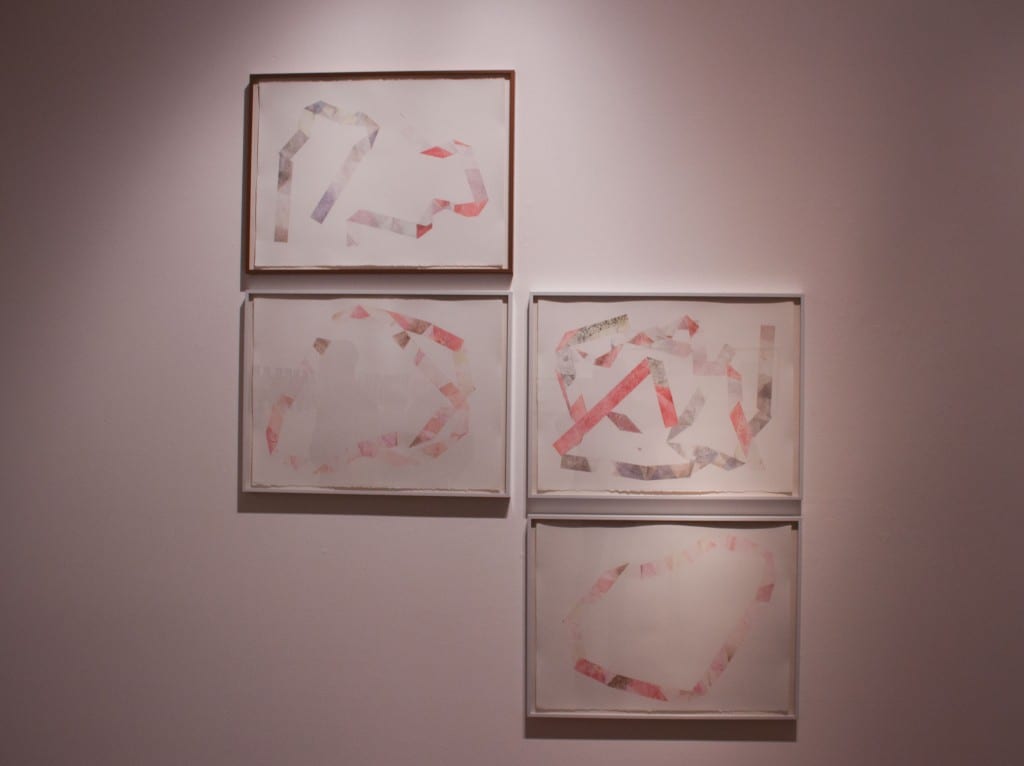 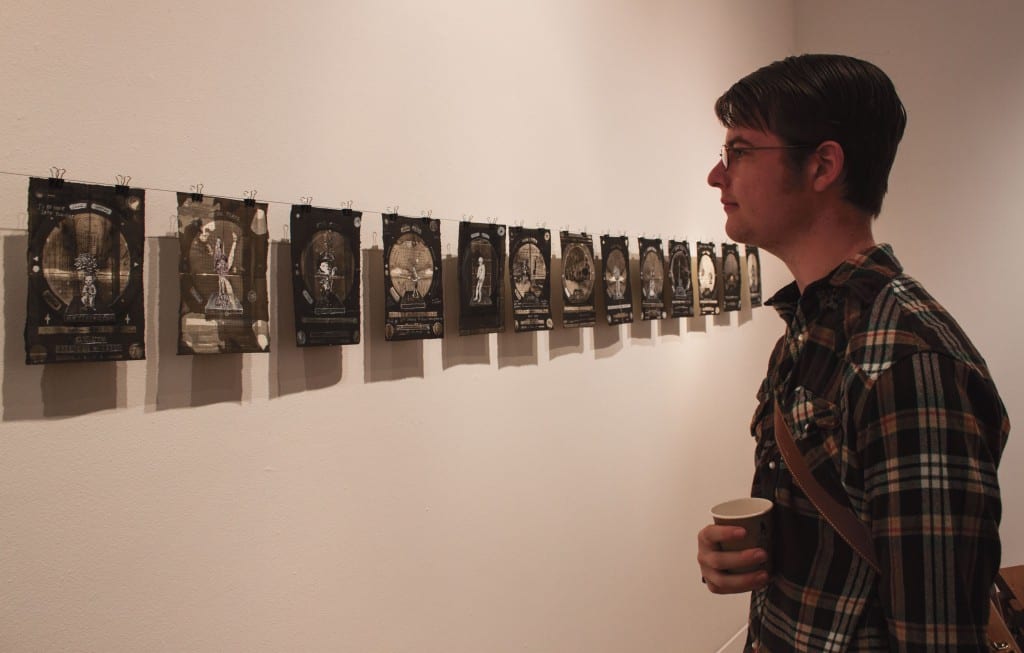 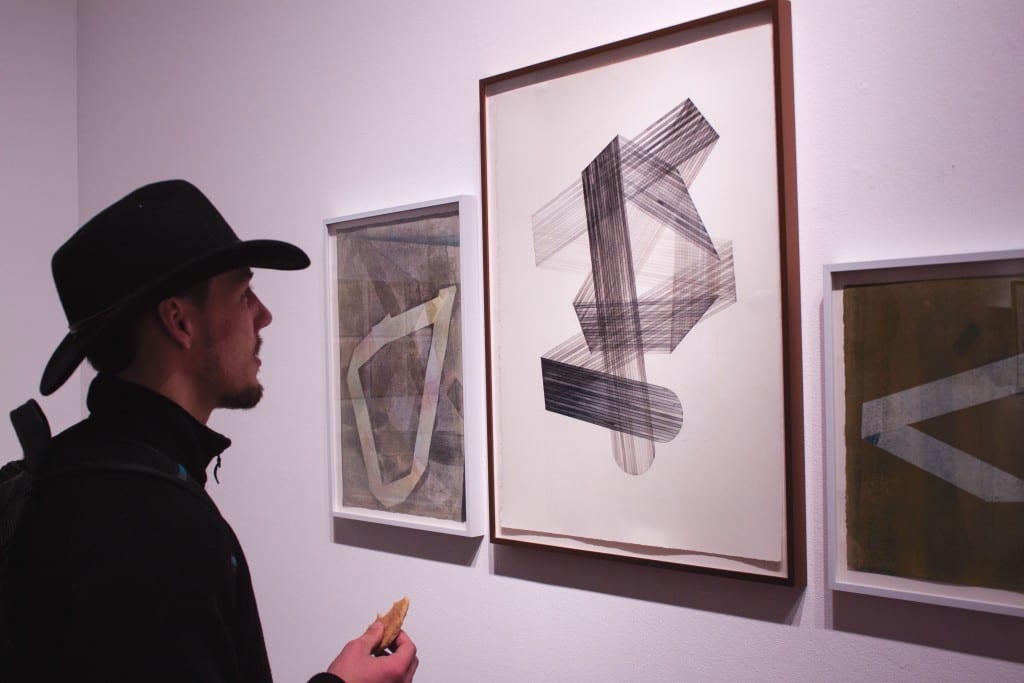