Art Deco signs, lights and glitz. The hum of a real film projector and the sheen of film grit. Art cinema houses are a living entity here in Portland. From the Avalon to the Hollywood, and the Moreland to the Roseway, there are more independent theaters mining out an existence here than one could guess.

They are divergent. Some allow minors, some don’t allow them after 5 p.m. and others don’t at all. The Academy offers babysitting. Some offer beer, wine and pizza. The Bagdad and other McMenamins-owned theaters have entire restaurants and full service bars attached.

Still, there are threads that run through them that bind them into a group. They are cheap. They usually have a massive board of neon lights or a flashing marquee. They usually have a worn red carpet inside, lovingly cleaned but marked by age. These theaters have stood the test of time.

One of these theaters is the Hollywood. Located on NE Sandy, the Hollywood Theatre is a monolith. It has stood the test of time since 1926 when it opened as a silent movie house, complete with a full pipe organ. Inside, customers can order beer and get candy on the cheap before seeing either a first-run digital premiere, an actual film print of an older movie or simply sit and admire the vintage decor inside.

The Hollywood has numerous claims to fame, but its biggest right now is its 35 millimeter and 70 mm projection capabilities. In the past, 35 mm film was the standard of film cinema. Through the 50s and 60s, 70 mm was used for epic style film such as “Ben Hur” and “2001: A Space Oddessey.” It has a huge aspect ratio (akin to widescreen versus standard) and better definition.

Digital projection has largely replaced film. Thus, films are very rarely shot in the 70 mm format anymore, though a recent notable example is director Paul Thomas Anderson’s “The Master.” How do the differences in format add up?

Despite the age of the Hollywood and it having lived through film’s heyday, it did not have the 70 mm capability until earlier this year. Parts had to be located to retrofit the theater’s already existing projectors to shoot the larger format.

There was a huge difficulty in obtaining the parts, too.

“It was film collectors, technicians,
names across the country, piece by
piece finding the parts,” said Halsted.

Surprisingly, and for the first time in 50 years, there is a new incentive for art houses, like the Hollywood, to retrofit back to film projection. Filmmaker and auteur Quentin Tarantino is releasing his new film “The Hateful Eight” on Christmas Day in 100 U.S theaters, all of them showing 70 mm celluloid.

“It’s an epic undertaking Tarentino went under for this movie,” said Halsted. New Ultra Panavision lenses were made just for this release. The retrofitting of theaters was done in conjunction with the movie studio.

It’s a gamble for Tarantino. Will his investment pay off, and will it pay off for the Hollywood Theatre?

“We’ll see! That’s the big test. Who knows how much they’re spending on all this. Striking 70 mm prints isn’t cheap. Crafting new lenses isn’t cheap. It’s awesome that they’re willing to do that,” said Halsted.

Despite the modern shift towards cell phones and Netflix, there is hope and evidence that audiences will flock to the theater for “The Hateful Eight.” Halted said that all of the 70 mm shows so far have sold out, and that more people show up if it’s on film.

Conrad seemed optimistic too. “It’ll be interesting to see if there’s a rebirth. We’re holding out.” 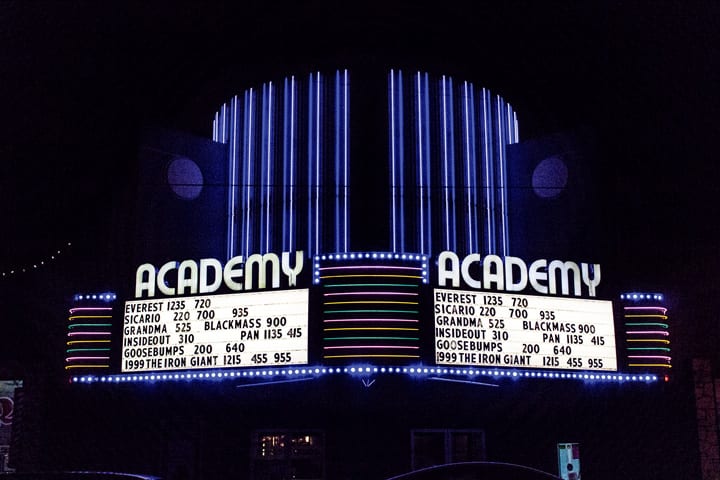 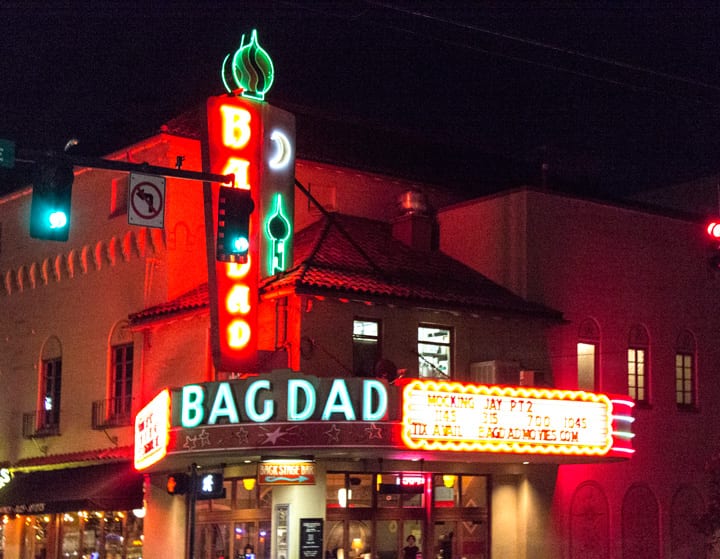 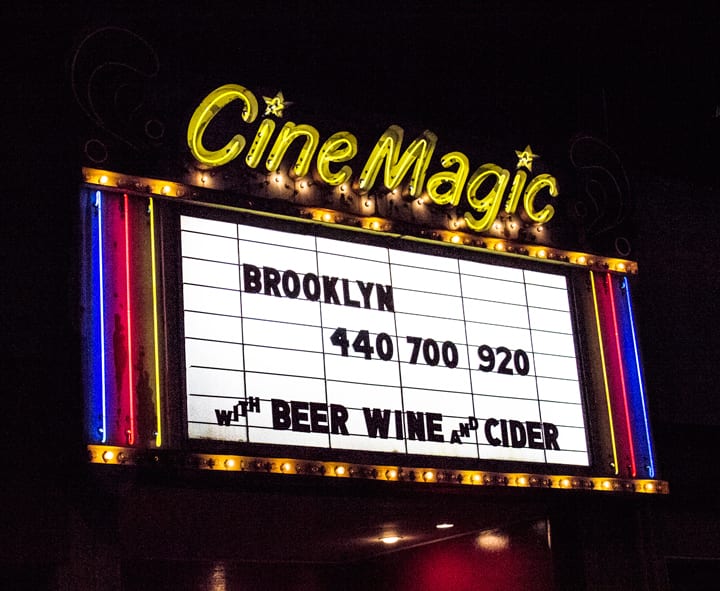 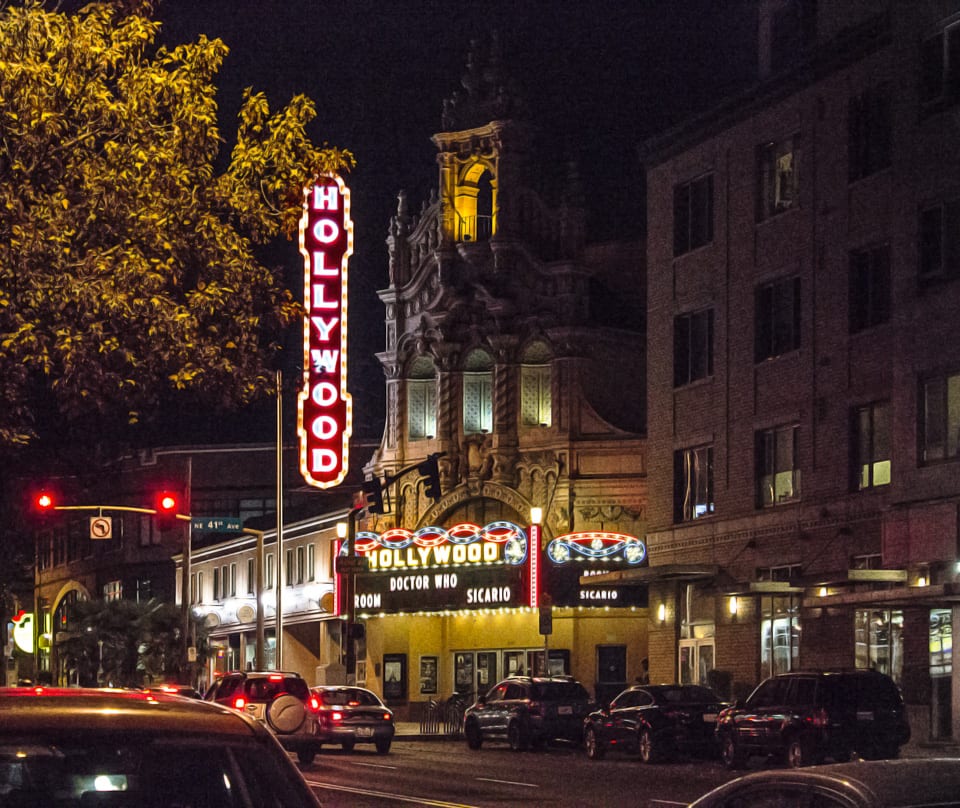 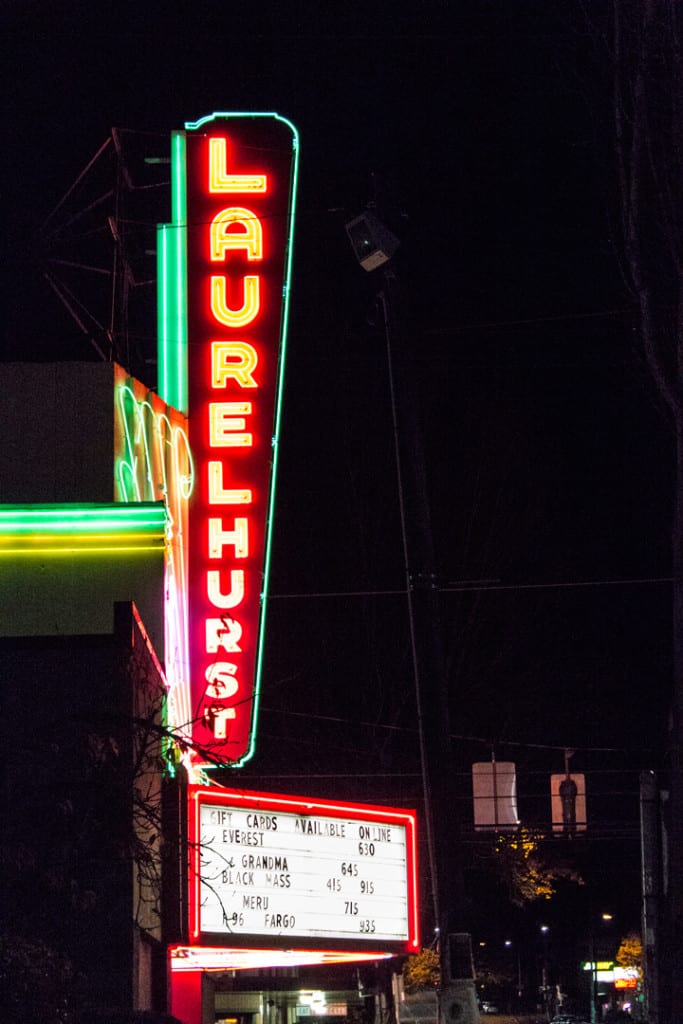 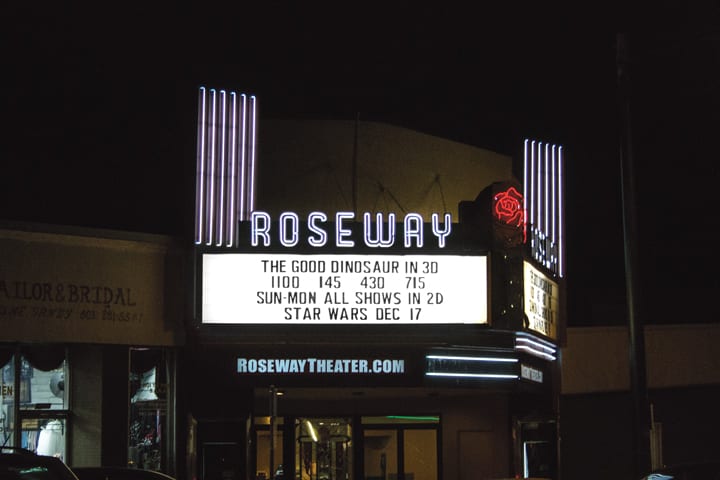