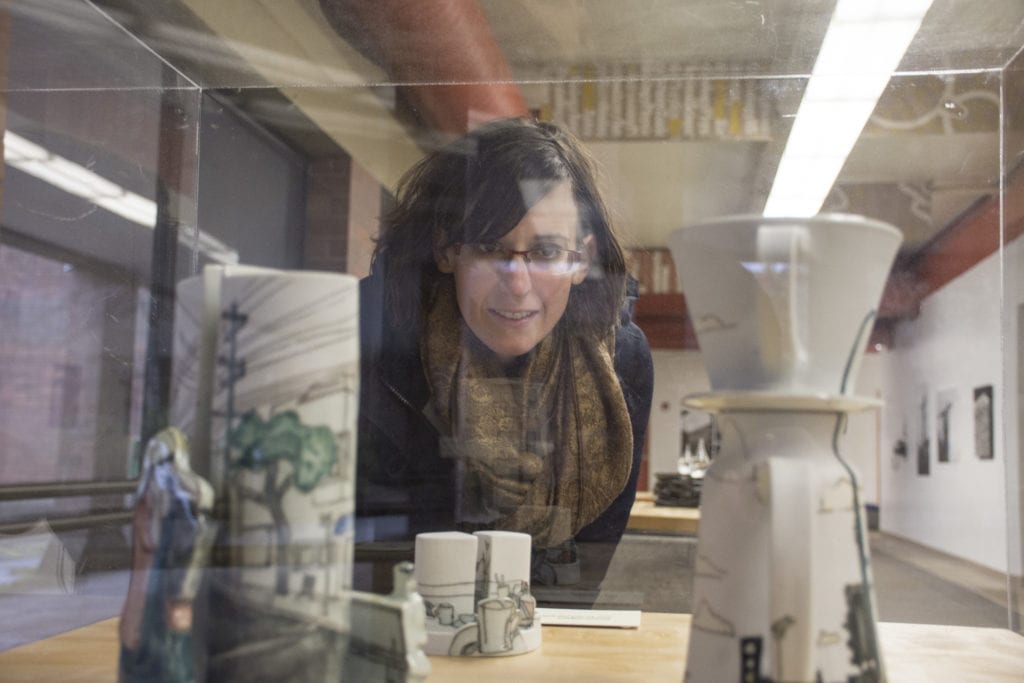 Student Sara Cone looks at a collection of fired porcelain in the gallery. Art is being displayed in the Pauling Center. The gallery is open every Monday through Friday from 9 a.m. to 5 p.m.

The Pauling Center has been transformed from a sparse environment to a hall filled with art.

“The Corner of Siskiyou and Indiana: Ten Years, Ten People” is a ceramic art exhibit currently installed there. Since the art did not arrive on time, the opening of the gallery was delayed from Tuesday, Feb. 21, until Monday, Feb. 27.

It is an exhibit first imagined by Robin Strangfeld, who teaches ceramics at Southern Oregon University and has been teaching there for 10 years. Nine students, from the previous 10 years, were called up to help her create this gallery, each contributing something to make it unique. 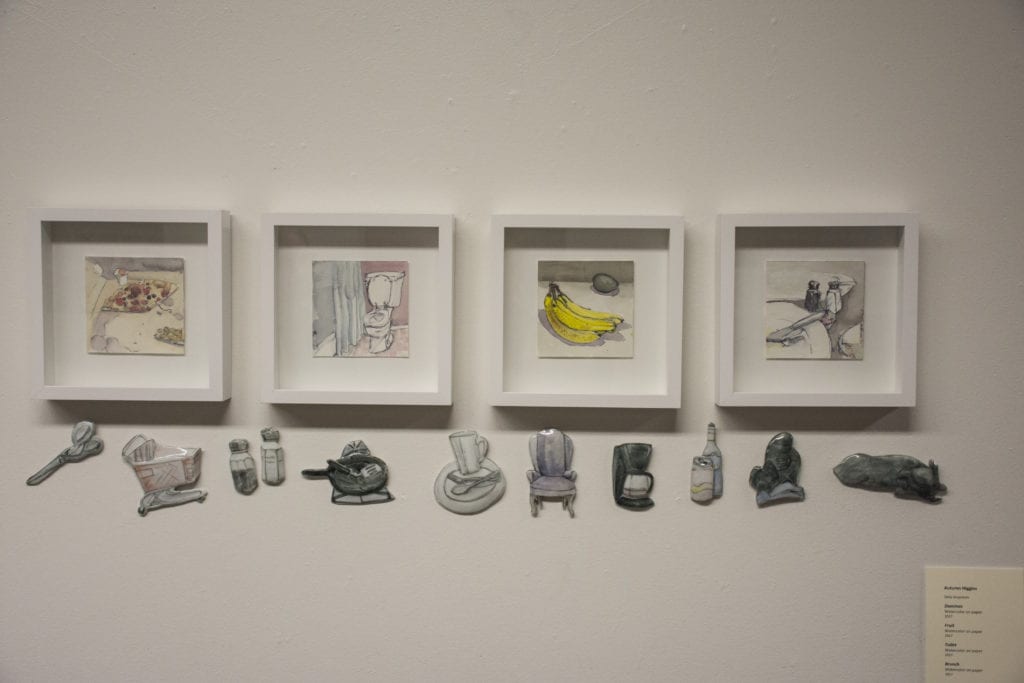 Artist Autumn Higgins has multiple pieces on display including “Daily Snapshots,” a watercolor
on paper collection and “Small Objects,” made with a cone 10 reduction and fired porcelain.

“Our work tends to push what ceramic is,” said Strangfeld. “We thought that might be an interesting conversation to bring to [the campus].”

When the exhibit was first imagined, no central theme was denoted. Then, a theme of place naturally formed with images of China and New Orleans, finding a place here beside letters connecting the artists together and numerous pieces that brought it all together. Between all of them, this sense of place and your place in the world formed organically.

Jess Volk was one of the artists, and her piece focused on the idea of perspective. She explored the theme by looking back into the past and forward into the future, using new and interesting materials alongside a storm glass just like the ones used by the navigators of old to predict weather patterns, albeit somewhat inaccurately.

“We’ve already entered, and are further entering this age, with new culture and interracial mixing,” said Volk. She wanted to give perspective on that in her piece. 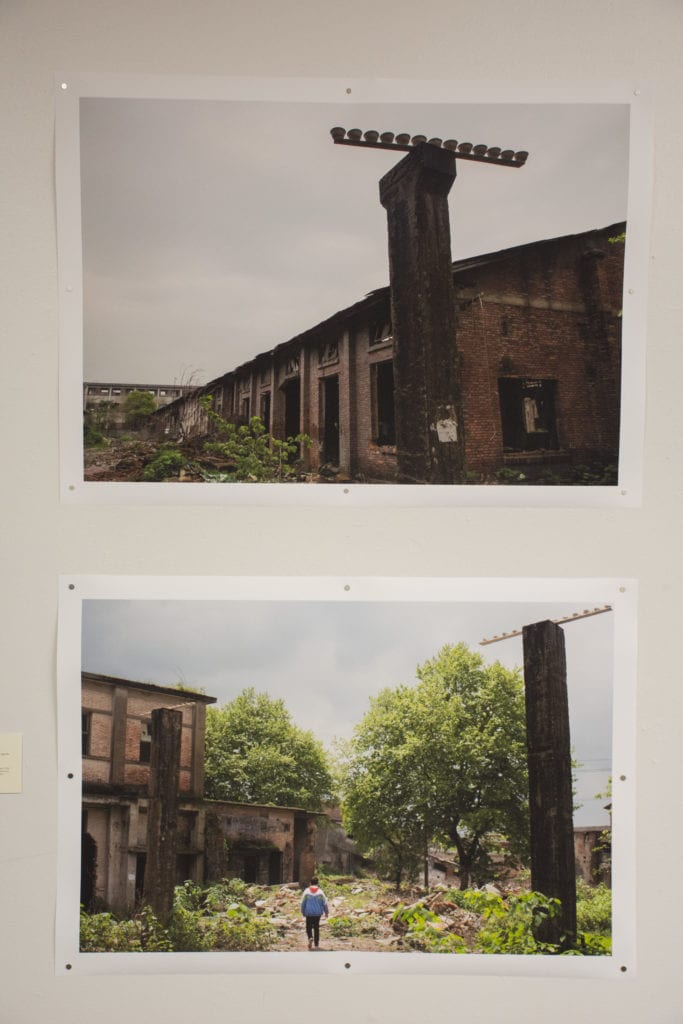 Photos of a ceramic installation by Nick Geankoplis are displayed in the Pauling Center.

Anja DuBois, another artist, did a piece about intimacy. She wanted to explore having people gather and hug one another. They weren’t romantically involved. Many didn’t even know each other, but that wasn’t the point.

“I had them all place these sheets of aluminum foil between them,” said DuBois. “I wanted to map that space between them.”

As to why she did the piece this way, she said, “I wanted to make these objects that represented something that’s not tangible. Hugging is tangible in the moment, but once that moment’s gone, you just have the memory of it. I wanted to capture that moment, then translate them through a number of materials, to see what they’d become.”

DuBois was quite fond of what she accomplished. “All of them are more and more, sort of degraded and weird, as time goes on,” said DuBois.

These three, and seven more, had interesting and unique stories to tell through their work and those they worked with. Explore them, take part in the conversation and experience it alongside others. Get an understanding of these artists and the place they see themselves in in the world.

The art gallery will remain open until March 24, and it is open from 9 a.m. to 5 p.m. every Monday through Friday.

“Migratory Flux” is another gallery that will open in Niemeyer Center on March 13 through March 26. 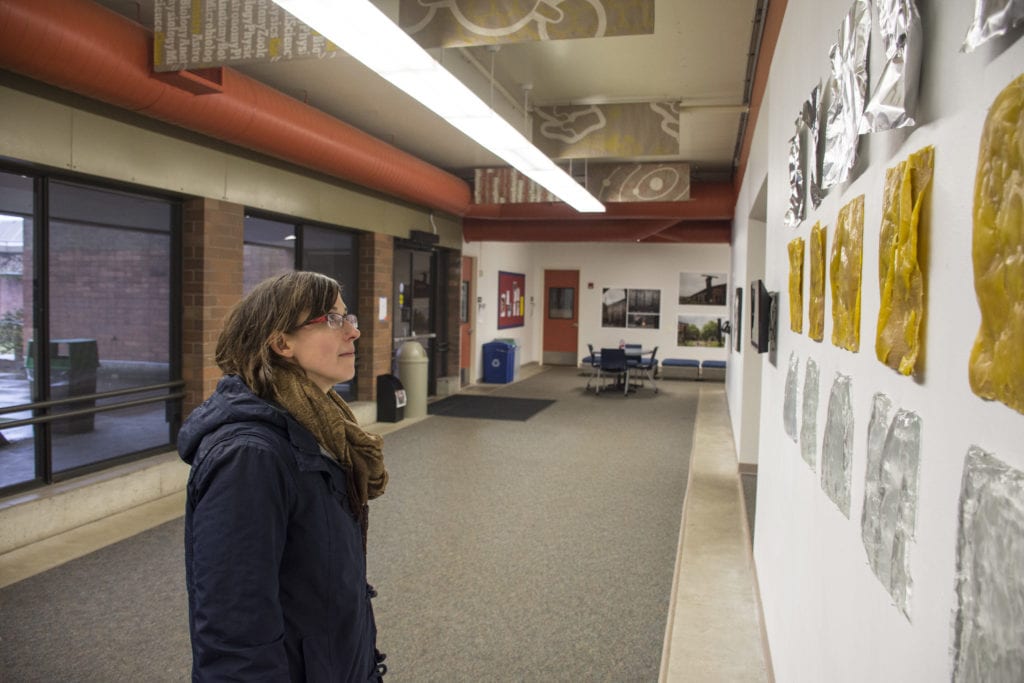 Student Sara Cone takes in the aluminum foil used in an art piece by Anja DuBois. 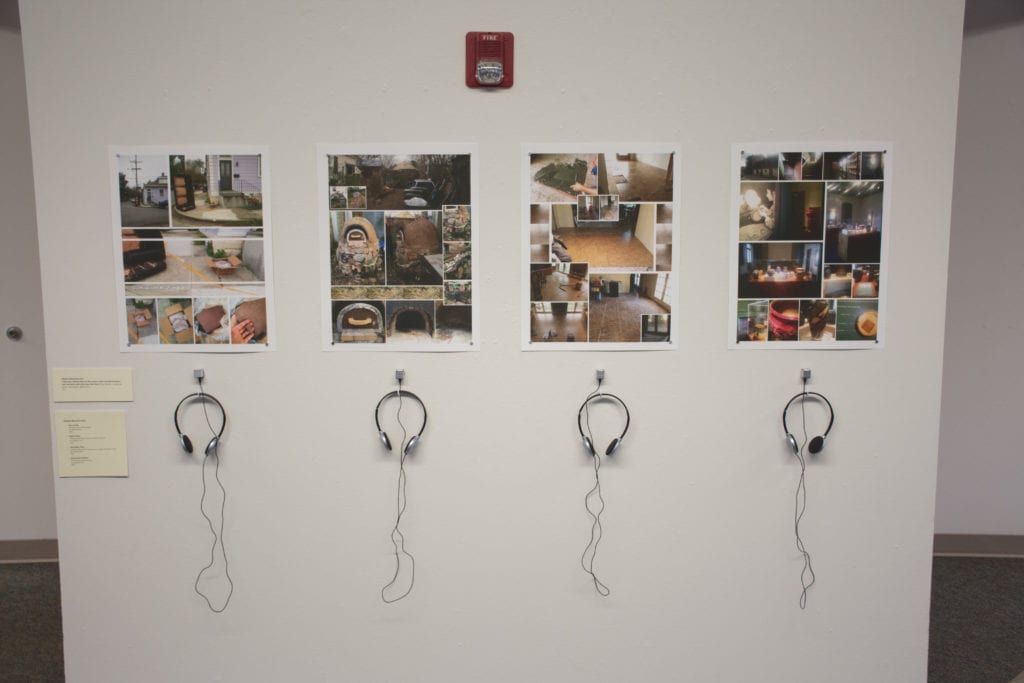