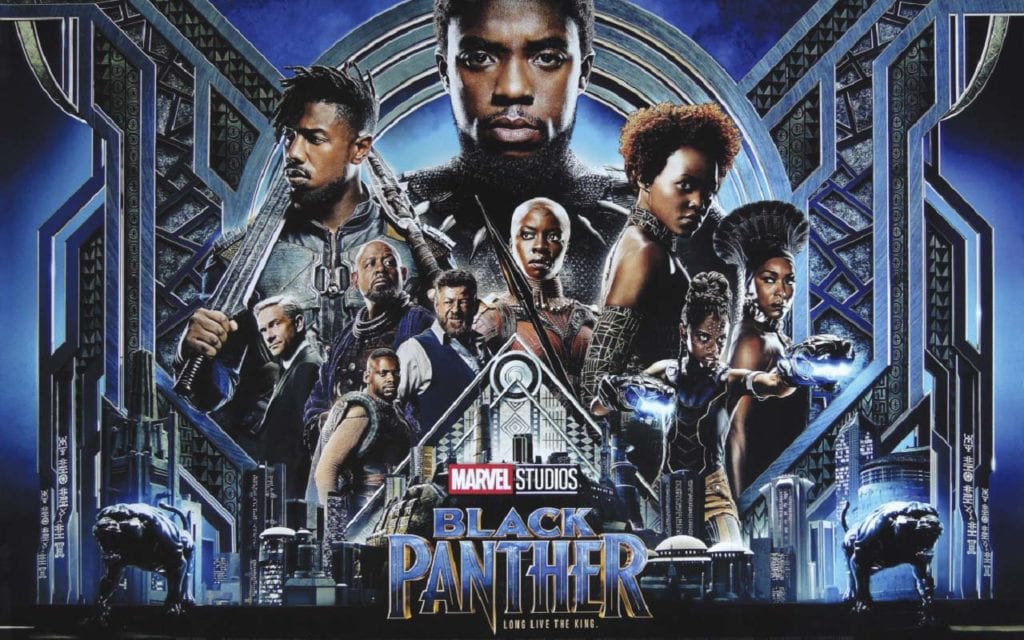 Like many comic buffs and superhero fans, I was thrilled to see Black Panther take the leap from comic panel to silver screen back in 2016, with the release of Captain America: Civil War. According to The New York Times, the Black Panther standalone film has already topped $700 million in its second weekend in theatres, as expected,. The king of Wakanda, T’Challa, (Black Panther) has paved the way for diversity in the Marvel Cinematic Universe.

When Avengers premiered back in 2012 it boasted an all-star roster of Iron Man, Captain America, Thor, Hulk, Hawkeye and Black Widow. All strong and entertaining heroes without a doubt, but also all white. While the film is entertaining, it shows its age with its lack of diversified cast. In later films, Falcon and War Machine were added to the lineup, though they lacked leadership and fell into the roll of sidekick. T’Challa is quite the opposite, being the king of the nation of Wakanda, while also holding the title of the fabled Black Panther. He is the epitome of a leader and stands strong among those who have been saving the world since the MCU began back in 2008 with Iron Man.

Wakanda is the most technologically advanced civilization on Earth thanks to the element Vibranium, a space age metal with a wide array of utility. In previous Marvel movies it was used to construct Captain America’s shield as well as the villian Ultron’s body, and it was exceedingly rare to come across. We later discover that Wakanda has been mining a mountain filled with it for centuries, thus the flying ships and high tech weaponry. This technology has aided Wakanda in keeping their entire civilization a secret, and has fooled the rest of the world into believing Wakanda to be another an agricultural third world country. As the leader of his nation, T’Challa struggles with the ethics of keeping their advancements a secret. Many of his subordinates try to instill the concept of helping those in true third world countries that would benefit greatly from the knowledge of the Wakandans. This causes friction within their empire, and leads to a challenger for the throne who wishes to see changes in Wakanda.

Black Panther also boasts a strong and fully realized female cast, most of which contribute greatly to the success of T’Challa throughout the film. They shatter the token “damsel in distress” stereotype, and instead take turns kicking butt wherever butt needs kicking. Danai Gurira, most prominently known for her zombie slaying role as Michonne in The Walking Dead, stands out amongst the rest. A personal bodyguard to the king and general of Wakanda’s all-female army, she makes no apologies for the many bones she breaks when dealing with strife in the film. Letitia Wright also deserves credit, her character being the brains behind many of Wakandas advancements including the black panther suit.

The princess of Wakanda and the sibling of T’Challa, she shines as a smart and powerful woman that stands strong throughout the film’s endeavors. It was refreshing to see so many female leads succeed throughout the film, and I can confidently say that the movie would have a different and less satisfying end without the help of our heroines.

As a whole, Black Panther stands strong as one of the most influential films of the year and will certainly not be forgotten anytime soon, and it holds its own against the other seventeen MCU films that have been released. We can expect to see T’Challa dawn the Black Panther suit once more for Avengers: Infinity War, and it is there that we will see if he decides to help the rest of the world catch up to the technological powerhouse that is Wakanda, in order to defend the planet against Thanos and his legion.