Last Friday several Clackamas Community College clubs came together at the Old Spaghetti Factory in Clackamas to celebrate each other and award the club members of the month.

“The club’s banquet is a time for all the clubs to get together and to celebrate all of their activities throughout the year, and to provide an environment of fellowship and community and celebration,” said Associated Student Government President Brent Finkbeiner

And celebrate they did.

Club members were served a delightful meal complete with bread, salad, a large plate of spaghetti and cherry chocolate pistachio ice cream to top it all off.  It was a great time with lots of conversation.

The ASG president was pleased with the results of the banquet.  Finkbeiner said, “This year was an awesome turnout, I heard it was a lot more than last year, so hopefully we can keep that momentum going, and have an even bigger one next year and over all get more students involved in the college and the community.” 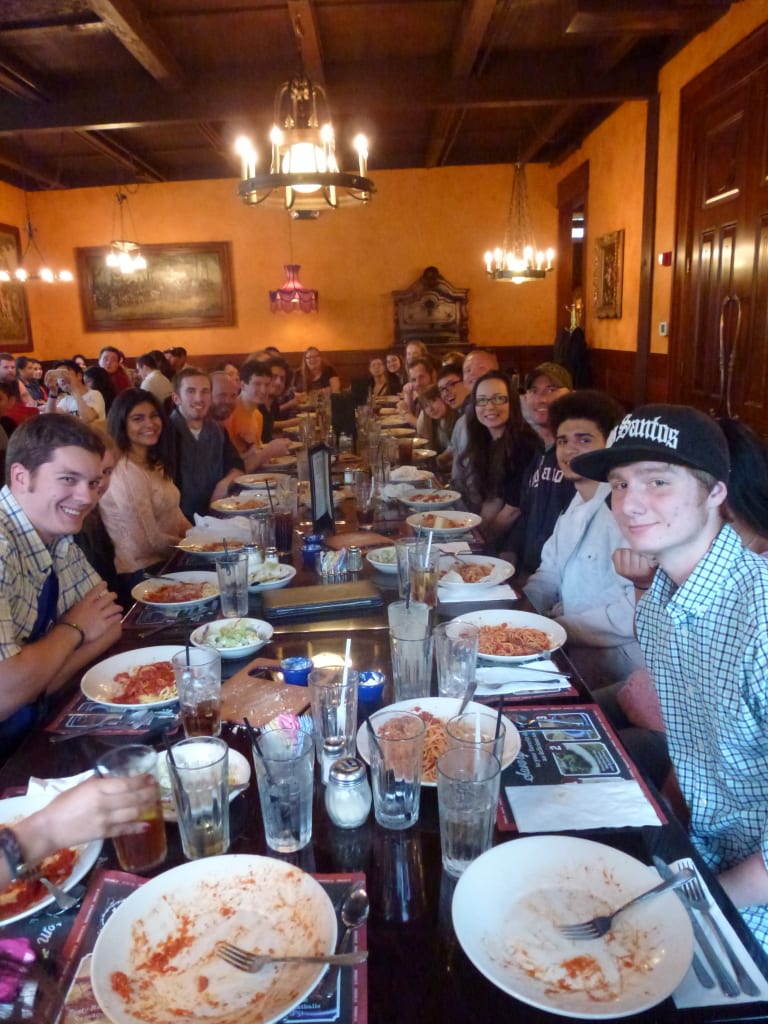 Club members gathered at an Old Spaghetti Factory to commemorate the award-winners and all the clubs’ successes.

Story and photos by: Lily Shaver