Dancing in the street

“Ain’t Misbehavin’” at Portland Center Stage is worth seeing. It’s a great production that takes the amazing songwriting and recordings of Fats Waller and arranges them into a musical. It has songs you’ll love and it’s funny. Easy answer, and that’s my stance.

If a close friend asked me if I’d send them to see it, I’d still say yes. Still, as you’re sensing, I would have a caveat.

It’s not just the actors’ amazing work, the catchy and well-played music, or the amazing set (all of which are standard at the  Gerding) that I would mention to the aspiring play catcher.

My thought while recommending it would stem from the original playwright’s work arranging these Fats Waller tunes into a musical. There is no classical plot that arches through the show. Rather, the 31 songs of the show are presented more as stand-alone movements, akin to a variety show or vaudeville style act (vaudeville meaning the different scenes all on one playbill, not the minstrelsy or racism of the genre).

The finale’s six songs at the end were presented more as a whole. Still, the feeling of watching separate scenes and different citizens of Harlem was throughout the entire play. The cast didn’t play characters. The only character that was named recognizably was the piano player Fats Waller at the end.

This isn’t necessarily a fault though. As a theater goer, I thought it was a breath of fresh air and a welcoming change from the usual tropes and stock plots of musical theater. The scenes were masterfully directed and acted, and while the plot did
not follow a traditional structure, the scenes from act one to act two did “rhyme.”

One such “rhyme” occurred when one of the men sang “T’ain’t Nobody’s Biz-ness If I Do” to his wife, spouting self-importance and his lack of caring about her. Towards the end of act two, the same two actors appeared in the same room. She sang “Mean To Me,” a heartbreaking ballad about the pain of leaving someone who means a lot to you, because they’re mean to you.

The director, Chris Coleman, used the separate scenes to his advantage in tying the songs from act one and act two together into miniature plots of their own. Thus, did the cruel husband get left by the loving wife. Another duo of songs found a woman singing the sultry “Squeeze Me” to one man in bed, and in act two, singing the apologetic “Keeping’ Out Of Mischief Now,” to another man in the same bed. There were more small story lines throughout, always united by setting and costumes.

The technical aspects of a show put on by Portland Center Stage are always incredible. Costumes were sharp, I never even thought about a lighting setup it was so good. The set on a turntable was not a unique image, but was perfect and tastefully done. As it turned, it revealed different rooms of a building: first outside, a kitchen, a bedroom, and then a bar. The four distinct settings of the play were served by the turntable set.

In closing, Portland Center Stage’s “Ain’t Misbehavin’” was a good musical presented by a suburb cast, who worked the song and dance routine as hard as it’s ever been worked. You have my recommendation to check it out. Also, remember to smoke after a performance. It’s just more polite than smoking before.

“Ain’t Misbehavin’” is playing at the Gerding Theater through Nov. 29. 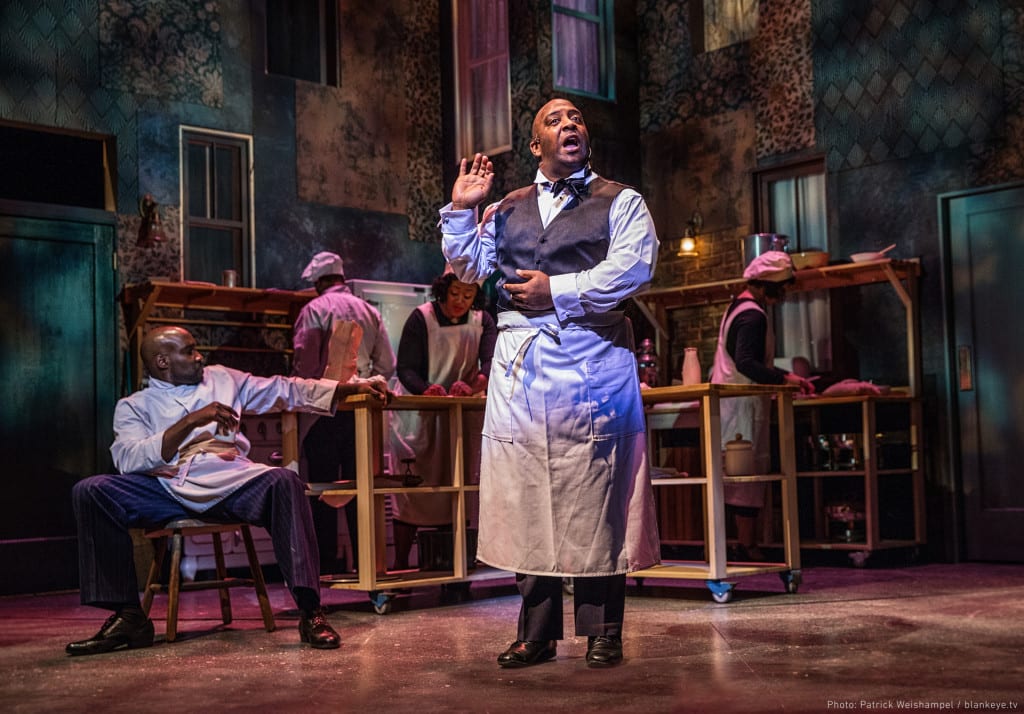 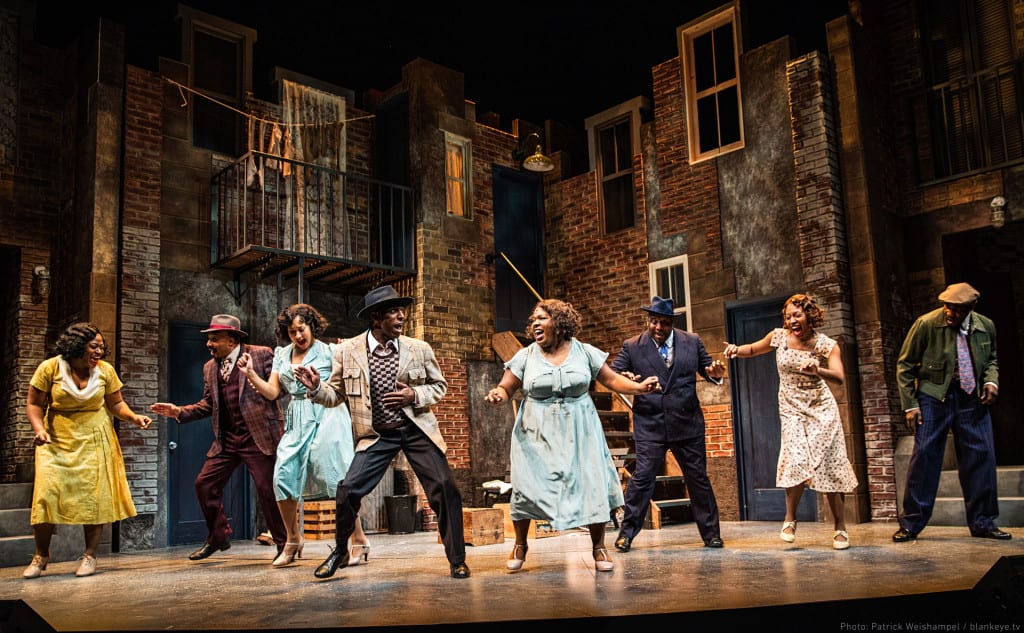 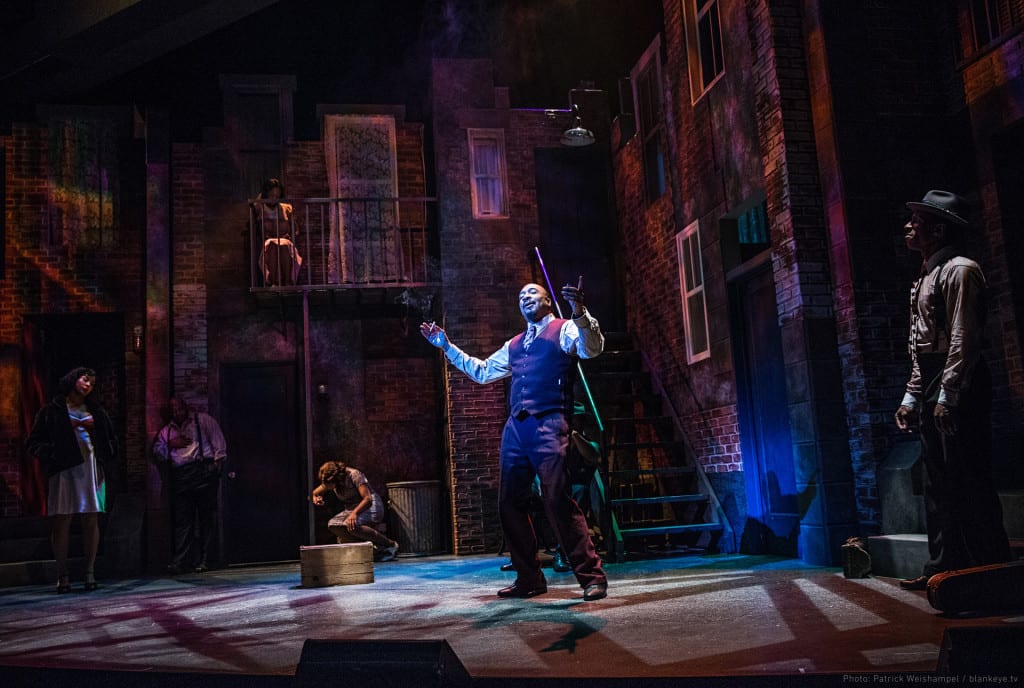 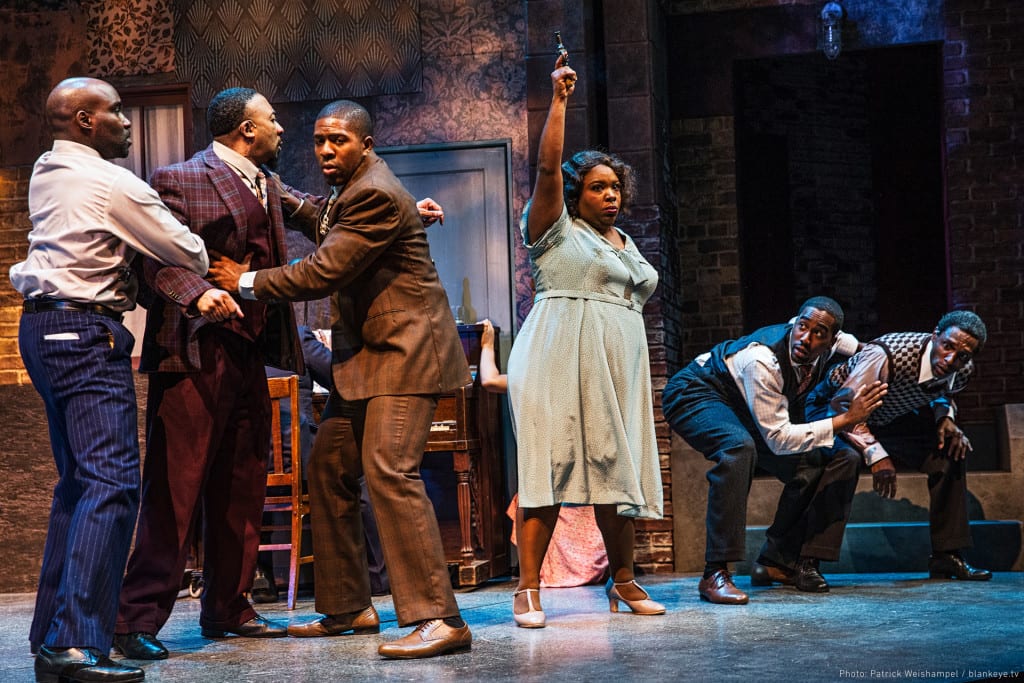 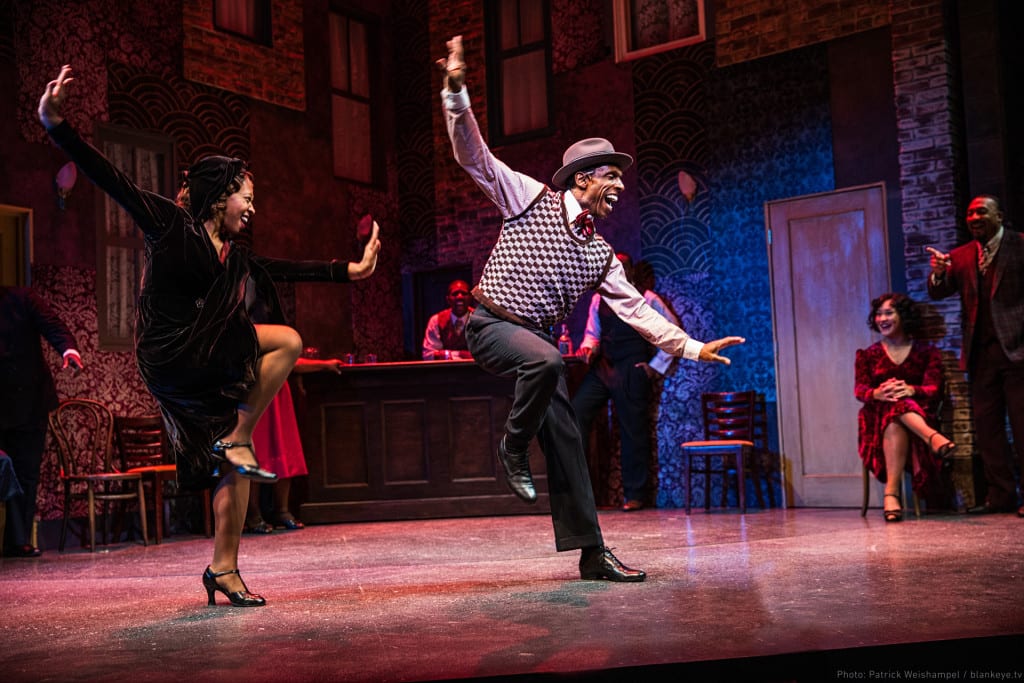