Diversity in media: How the things we watch affect the way we live 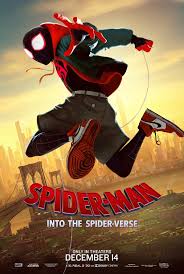 The topic of cultural diversity and better representation in media is one today that sparks as much thought and intrigue as it does apprehension. It’s no secret that good representation of minority groups has been a struggle in our culture, and it’s no surprise that many people can have trouble talking about these issues.
Much of the media industry for a long time in America was dominated by white middle class usually male individuals, and for the most part still is. But in recent years there has been a cultural push for better, more positive representation of all people in art that has been driven by many artists of many backgrounds coming into the spotlight.
With the Oscars coming up and many nominees like “Black Panther” and Spike Lee’s “BlacKkKlansman” displaying more diversity in their subject matter and casts than in the past, it begs the question of how important media diversity is to daily life. According to Brian Don, more diversity is incredibly important, especially in our current climate. “The ways that members of different racial, ethnic and any type of group, the way that people are portrayed is going to influence perceptions of different groups, so it’s going to influence stereotypes,” Don
said.How people view other groups is influenced by a number of places from education to real life interactions, but media can also influence how we see people and negative representations can create prejudice.
“The media can basically reinforce harmful prejudicial views [and] stereotypes, but it can also play a role in combating them, and that’s kind of the promising side of things,” Don said. Being able to see positive and realistic representations of people can make it easier to understand different groups. The biggest reason many harmful ideologies exist is because individuals have a hard time understanding or empathizing with others. Art has the ability to show individuals stories and help people understand them better, it can help normalize diversity in society and cultural acceptance.
It’s also important for people of any background to see representations of who they are. It’s not difficult for anyone to relate to characters like Iron Man, Captain America or Black Widow despite how different they are from normal people. But it’s still nice to see a character that represents something you are, that you can look up to and can be an inspiration.
The recent movie “Spider-Man: Into the Spider-Verse” had the main character Miles Morales, an energetic kid who feels pressure to live up to people’s expectations for him and aspires to be just like the heroes in his life; he’s also a biracial and bilingual student who lives in New York with a black father and a Puerto Rican mother.
Miles is a relatable character that anyone can see a little bit of themselves in, but his background means that people with similar experiences in their lives can relate and see some of themselves in him.
Jinyoung Park, the officer of the Multicultural Center and international study at Clackamas Community College, said, “I believe that diversity is very important, and being an international student, I think that it’s very necessary to be represented so people know that we are here and that we exist also.”
Diversity in the media people consume can have a direct impact on people’s lives and the societal views that are held. CCC is striving to be a more inclusive place for all people and in recent years has started numerous committees and programs to accomplish that, but the biggest force for improved diversity is how inclusive the student and staff populations are. Considering the public and political strife that is currently consuming the country concerning issues of race and culture, a more inclusive community on campus could be just what people need.
Jennifer Jett, who works with the theater department at CCC, expresses her desire to see more diversity on campus. “Were trying to incorporate it more into our show” says Jett, “and I think it’s kind of a general, were getting there, but I don’t know if it’s enough
yet. But it’s getting better.”
With race, sexuality, gender and many other aspects of society continuing to be hotly discussed today, many who fall into minority groups can feel disenfranchised or alone in society. While the media we consume won’t solve these issues, it can help people of all walks of life
feel more included; a diverse media can help others understand and be more accepting of people from every walk of life.