Don’t Hurry Darling, This One Can Wait for Video 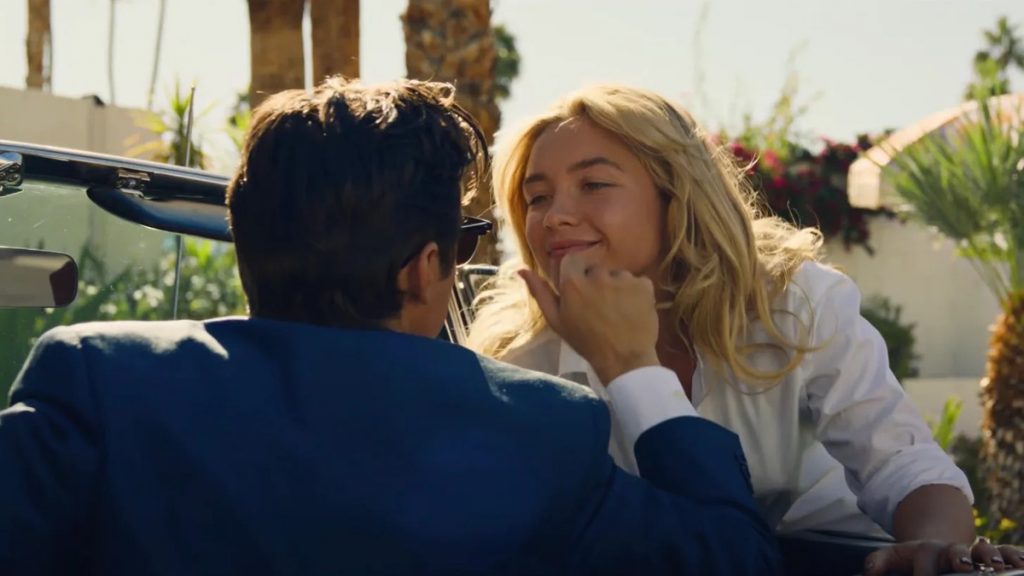 Don’t Worry Darling hit theaters on Sept. 23 and it has young adults flocking to the theaters. Directed by Olivia Wilde, the film has a packed cast featuring Harry Styles, Florence Pugh, Gemma Chan, Chris Pine, and Nick Kroll in the leading roles as well as director Wilde.

It isn’t every day that mega pop star Harry Styles is in a new film- in fact, this is only his third debut on the big screen, and his first ever in a major role.

Set in a seemingly perfect and picturesque world, Styles and Pugh play a young and deeply in love married couple, Jack and Alice. Jack goes to work for the Victory Project, something he and the other men who work for it are not allowed to discuss with their wives. Alice stays home to play the perfect housewife and gab with the other wives. The plot unfolds as things appear to not be what they seem, and Alice goes searching for answers.

The movie as anticipated as it has been however is not being met with much praise. It seems the drama surrounding the film has taken the spotlight.

The drama seems to have been mostly created by Wildes actions. Pugh refused to promote the movie and only showed up momentarily for the Venice Film Festival. It is speculated that this is due to old turmoil between Pugh and Wilde. At the same fest, footage was caught of Styles appearing to be spitting on Pine. At one of Styles Love on Tour 2022 shows, he is quoted as saying “…I just popped very quickly to Venice to spit on Chris Pine.” Styles also was consistently distanced from his current girlfriend Wilde herself at the festival. Chan and Kroll seem to have been the personal blockades between the cast members to avoid further drama happening at the fest.

While the beginning of the film was flirty and fun, as it carried on it became utterly disturbing when it was revealed what the Victory Project actually was. There were clues to what was going on, but nothing to fully prepare you for what would be revealed. This begins some of the backlash the film is receiving by other movie buffs. The plot is filled with holes, and is incredibly messy in the middle. Storylines being uncompleted are the biggest critique this movie is facing. However many young women online are frightened by its reveal, and worry about it giving men ideas to do something truly awful.

At the end of the day, this movie is simply about a man trying to come to terms with the lack of control he feels he has in his relationship and proving he will sacrifice his own happiness to re-establish a power balance he can accept, and a woman who will stop at nothing to get her life back. I believe there was power to the story, but the execution was incredibly lacking.