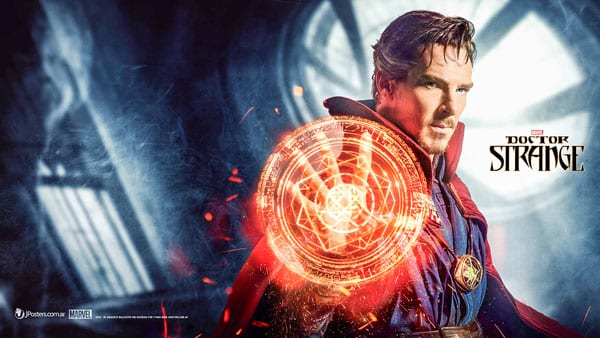 After seeing little advertising and not knowing much about Marvel’s latest comic to movie character, I didn’t know what to expect. However, “Dr. Strange” was exactly that: strange.
As I sat down in the comfy reclining chair, all I knew was that Benedict Cumberbatch was the main actor. By the end of the movie, I was amazed at how well it was put together for an origin story.
The plot was fairly easy to follow, and it included a lot of good action and comedy.
Dr. Strange, a talented, egotistical doctor who relishes his wealth, gets into a car accident. As a result, his hands get crushed, and he becomes obsessed with finding a way to fix them. After traditional medicine fails him, Strange hears about the teachings of The Ancient One.

During his time as a student, Strange eventually learns that he has a choice to make between his life of fortune and status or leaving everything behind to become the most powerful sorcerer of all time.
He befriends Wong, the librarian, and Baron Mordo, who helped him find The Ancient One. Along with friends, Strange gets some help from magical relics, including the Eye of Agamotto and the Cloak of Levitation. The cloak allows him to fly and the eye allows him to have a second chance with time (with repercussions of course).
When I see an actor play a character for the first time, I tend to place that personality on them in whatever roles they have. So when Cumberbatch convinced me that he could go from Sherlock Holmes to Dr. Strange, this was excellent acting.
His co-stars had great acting as well. The type of magic used required a lot of green screen, but it’s not obvious.
The movie follows the comic books well for the main ideas, but the details change quite a bit between the mediums. Still, for comic book readers, the movie was pretty satisfying.
Anyone who’s not familiar with Dr. Strange will learn by the end of the movie that it’s not Mr. Strange. It’s not Master Strange. It is Dr. Strange. At the beginning, he was a selfish man and at the end, Strange becomes selfless.
It was a predictable movie overall, but it had the audience laughing and intrigued the whole time. Between all the buildings bending all sorts of unnatural ways and the awesome shields and weapons made from magic, this was not a movie made for bathroom breaks.

Time was a key element in the film. The enemies sought to destroy while Strange used it to his advantage. While I was able to enjoy my time watching the newest Marvel movie, maybe there is a time where you can see it and decide if “Dr. Strange” lives up to expectations.