I’ve heard a bit about this new French restaurant opening up in Oregon City called Canard. It’s a very popular restaurant in Portland, so I was excited to hear there was another opening up in my hometown. I decided to give it a try and review it for people who are debating whether they want to spend an arm and a leg for a good meal.

With the restaurant only opening up a few months ago in Oregon City, it is quite busy. Though, you can just walk up and hope to be seated, you most likely will be seated outside unless you have a reservation. That might not be such a bad thing if it were still the summer, although there is heated outdoor patio seating, it still isn’t the greatest environment to eat fine cuisine.

You should be paying for the food and the experience and if your experience includes rain potentially turning your food into soup, it might not be worth the money.

With my reservation at 6:45 p.m., I was seated immediately at the chef’s table. I got to experience the pleasure of how the food was made and had the opportunity to ask questions to the chefs around me if need be. The waiter gave a run through of the entire menu and gave recommendations to their favorite dishes which included the seared scallops and the duck stack. 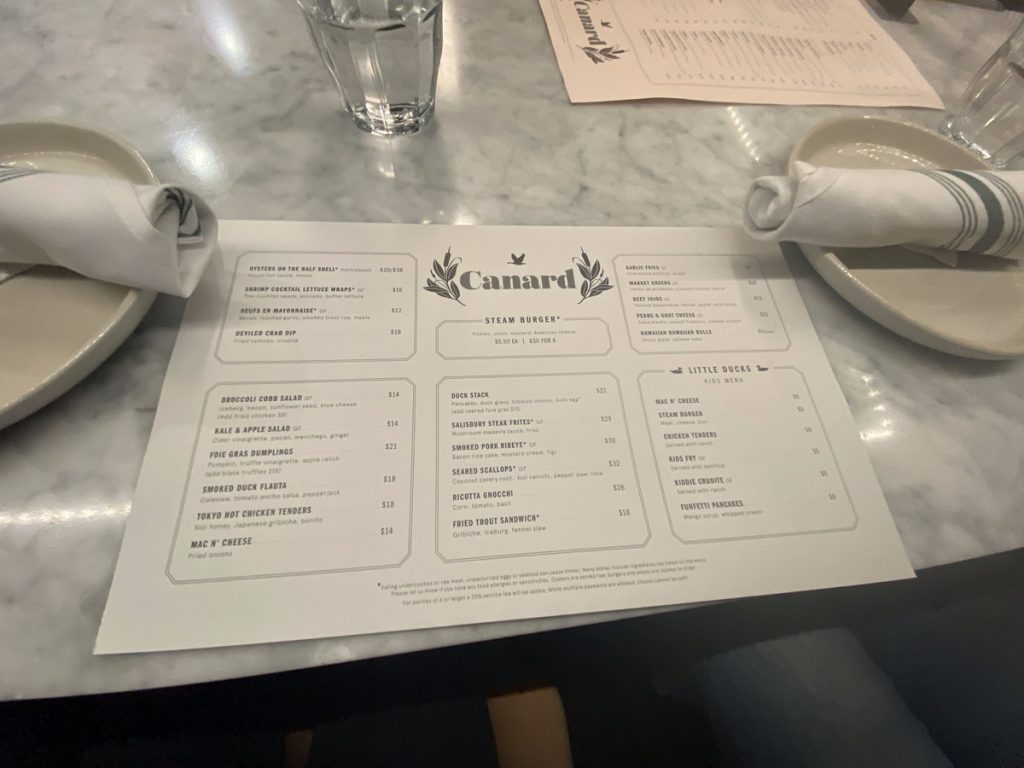 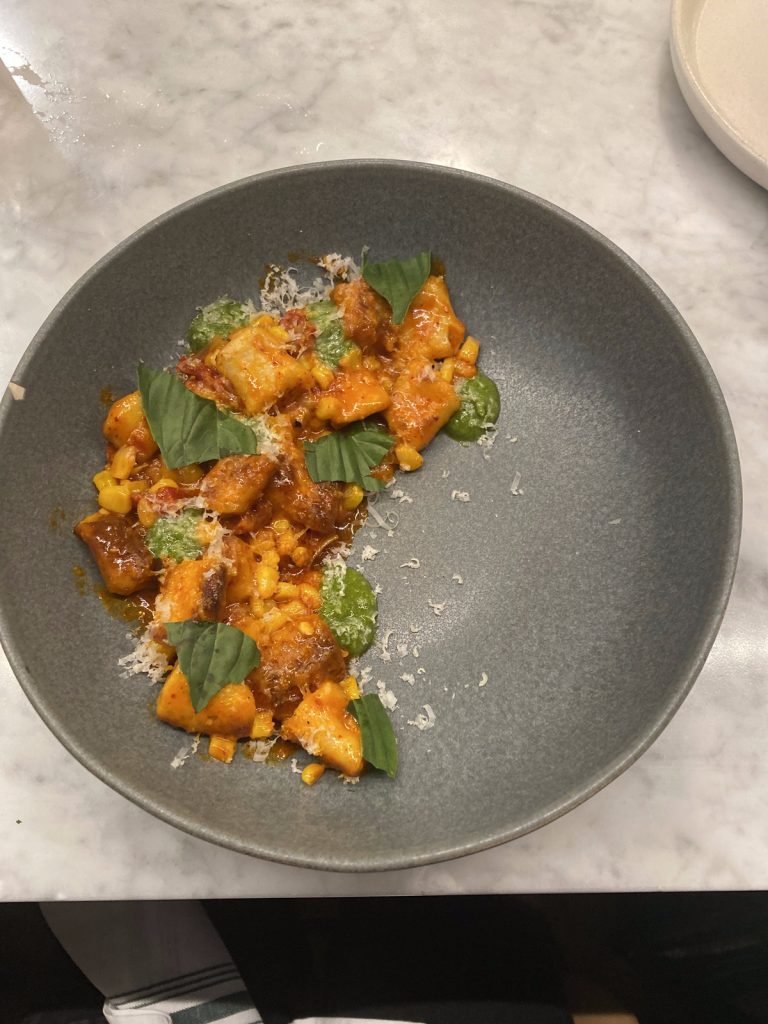 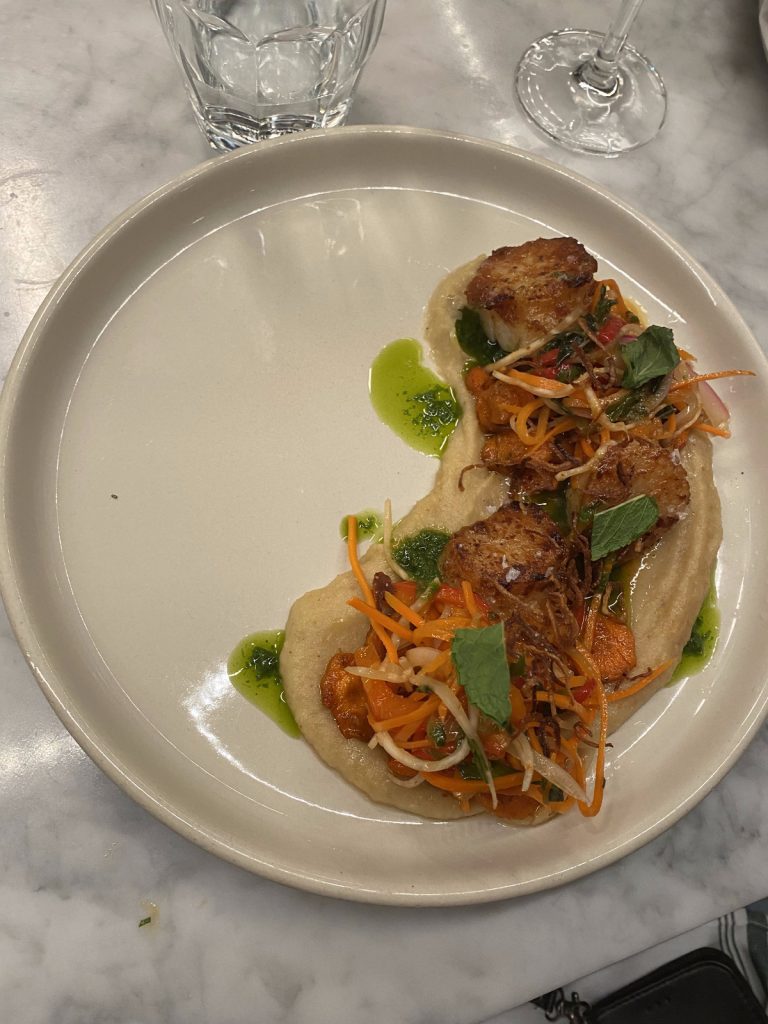 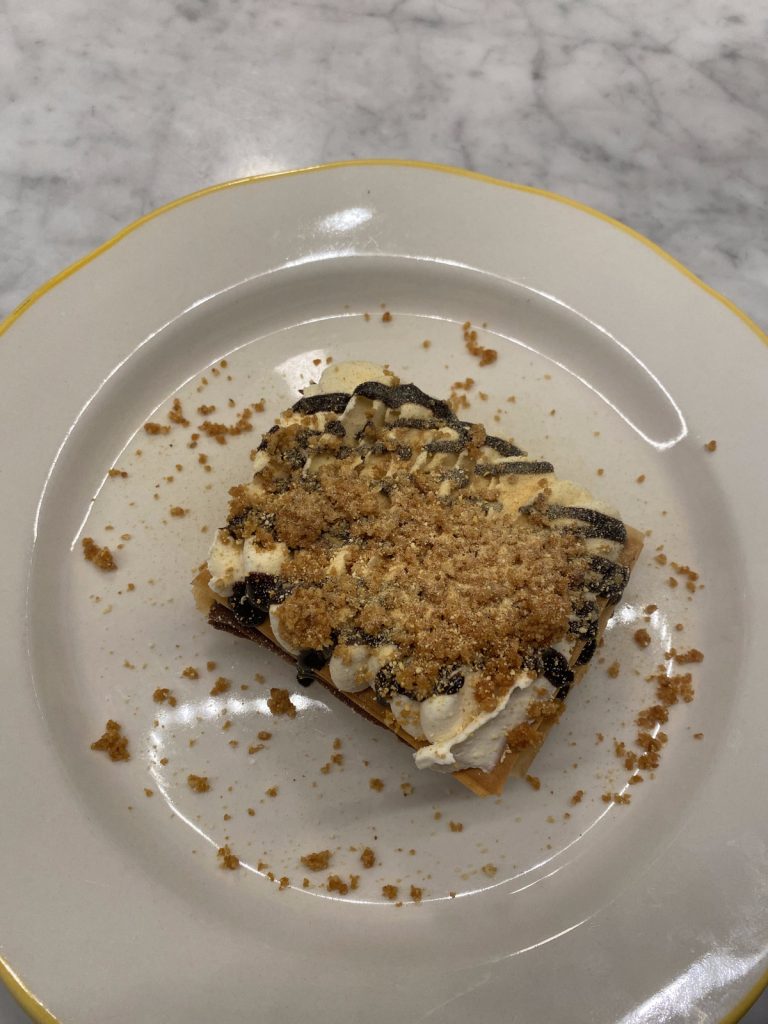 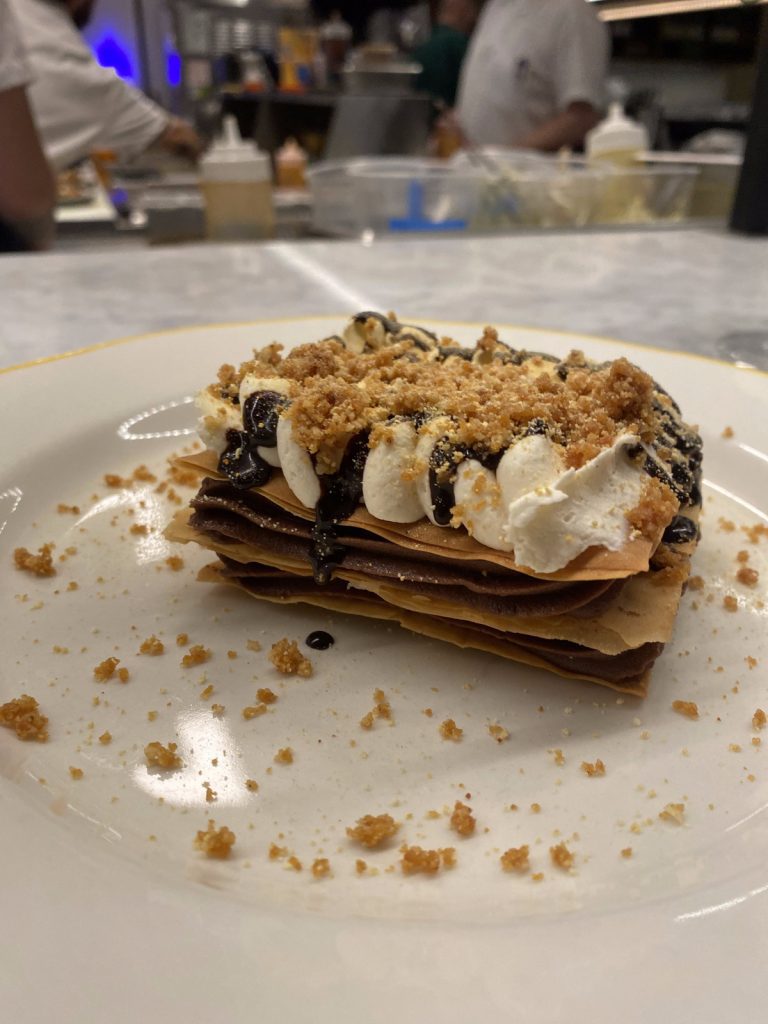 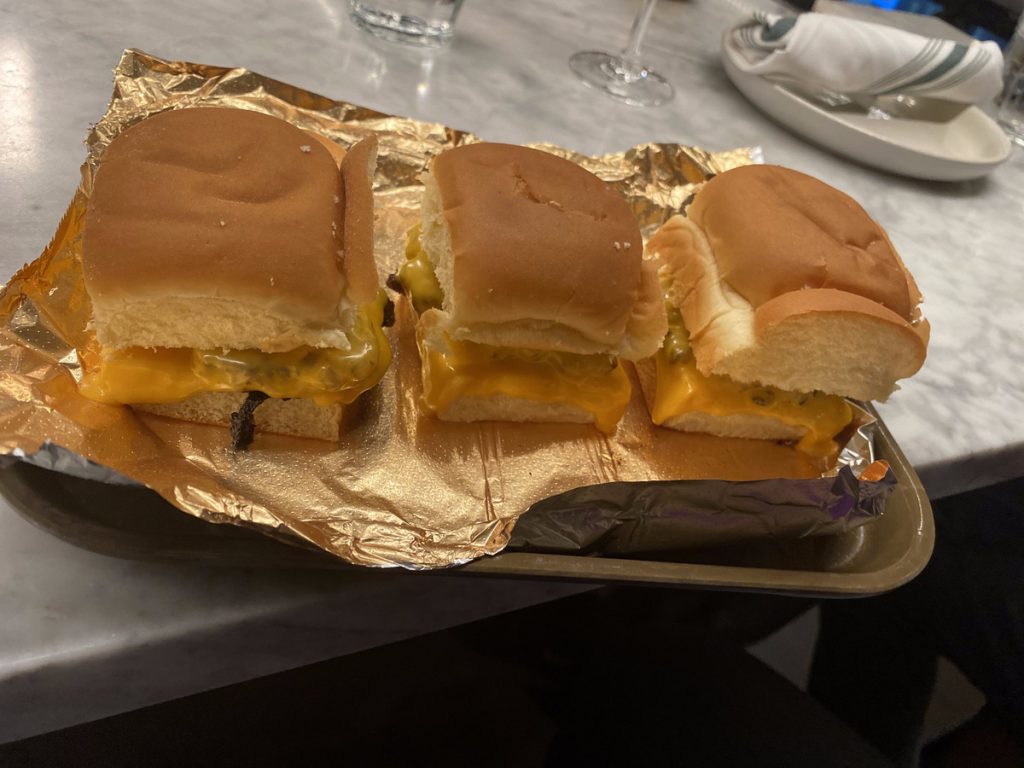 The kitchen was seemingly clean and organized, but with many dishes being prepared at once, cleanliness was a bit harder to maintain; I saw one of the sous chefs use his rag that he used to clean his table and area, to then clean his hands.

The dishes were prepared well, but looking at the prices compared to the dishes, I wasn’t quite sure that the prices should match the portions. I ended up ordering a few things off the menu, including the seared scallops which cost around $32. The taste was definitely up to par, but I wouldn’t agree that considering there were only 3 scallops, that it should cost approximately $10 per scallop. In most places, it would cost $10 for a pound, and unless 3 scallops is equivalent to a pound, it’s not likely that the price should match the dish. The dish was garnished with coconut celery root, koji carrots, pepper slaw, and lime. It was a very colorful dish and the garnish really enhanced the flavor. I also ended up ordering the ricotta gnocchi, and I have to admit that there is a reason why they are referred to as fine cuisine. Again though, $26 for a portion that fills half the bowl isn’t the greatest way to spend money, it is a fine cuisine restaurant. Most people don’t come for the portions, they come for the experience and the taste. I decided on ordering garlic fries which ended up being $7, but the fries were seasoned perfectly and to me, I believe the portion matched the price. They were seasoned with a chili sauce, parmesan, and herbs.

To my surprise, I saw sliders on the menu. I decided to give them a try. I know it’s hard to make sliders fancy, but I was amused at the fact that they put gold foil below the sliders to make them seem prettier. It just felt like they were trying too hard to present a food that isn’t meant to be fancy.

We decided to order dessert to share and decided on hazelnut mille-feuille. It was presented beautifully, and the taste was very subtle and not overwhelming. It was a sweet taste of praline and chocolate mousse, and even though there were multiple layers, the layers of sweetness didn’t end up being too rich.

The customer service was very pleasing; they were very polite and not overbearing, but made sure to accommodate our needs and made sure everything was up to our standards. The atmosphere was pretty mediocre, but I do feel like they are still trying to find their rhythm with the restaurant just recently opening. There wasn’t a dress code, and I believe the restaurant was trying too hard to be simplistic; the interior didn’t give me any hits of fine cuisine, if anything it seemed like the dim fluorescent lights were supposed to hide the fact that there wasn’t much thought to the interior design.

Overall, the food was amazing, but I really don’t think the price matched the experience, portion sizes, or atmosphere. I am looking forward to seeing how they will progress, but I don’t recommend going to this restaurant on an empty stomach. If you’re okay with spending a good amount on good food though, definitely try out some of their dishes, their portion sizes may disappoint you, but their taste will not.