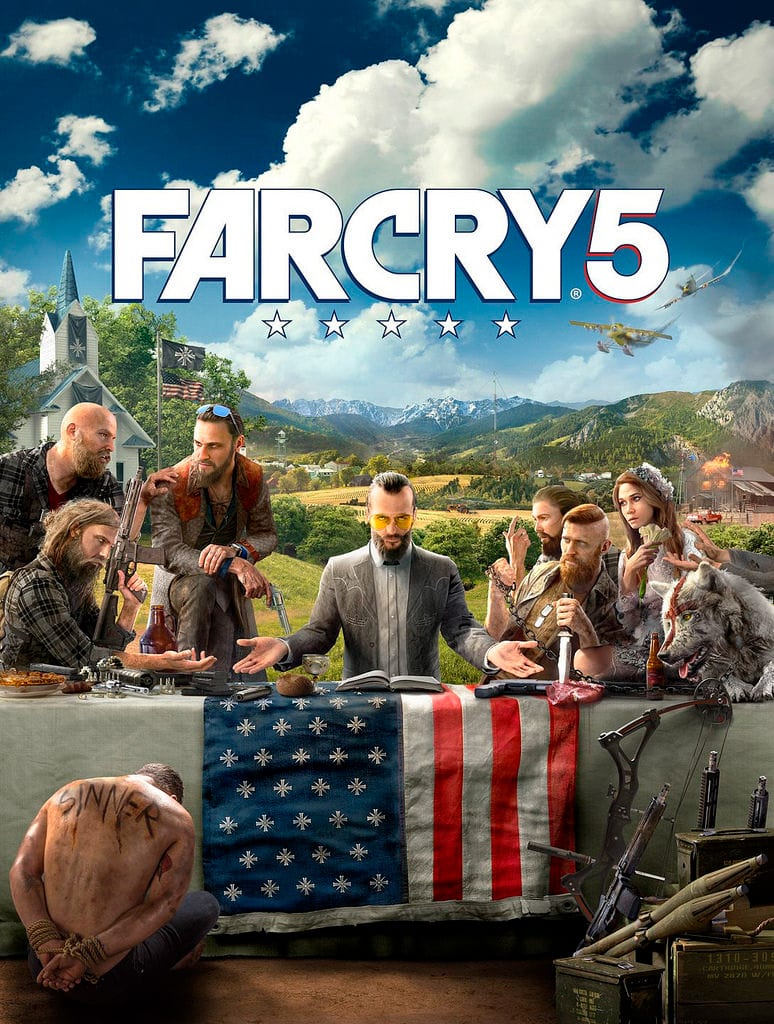 Far Cry 5, released on March 27, brought the series to a fictional county in Montana.

Throughout its history, the Far Cry series has allowed players to explore many different fictional regions based on real world locations- from the African savanna to the peaks of the Himalayas. The newest entry in the series, Far Cry 5, released on March 27, continues this trend, but it brings the locale a little closer to home.

Set in Hope County, a fictional region of Montana, the fifth entry in the long running series begins with the player character, a sheriff’s deputy, attempting to arrest the leader of a religious cult that has taken over large portions of the surrounding area. After the arrest fails, the player is thrown into the open world and is tasked with taking down the cult’s various leaders with the eventual goal of taking down “The Father,” the cult’s leader.

At its core, Far Cry 5 is very similar to its preceding games. Many of the mechanics will feel familiar to those who have played Far Cry 3 or 4, though there have been tweaks made to many of the returning mechanics. The basic gameplay, or the running, shooting, and driving that take up most of the player’s time, are nearly identical to the previous games. As the previous game’s mechanics were solid, this is to be expected.

Hunting, which served as a major part of the previous games’ progression, returns as well, though for a different purpose. Whereas it was previously done in order to gather exotic materials used to upgrade the player’s gear, it is instead done exclusively for profit, acting as the primary way of earning money.

Instead, a new perk and challenge system has been introduced to replace the old hunting system. Instead of gathering materials for upgrades, the player is tasked with completing a variety of challenges, from killing a certain number of cultists with a specific weapon type, to driving for a specific amount of time in a certain kind of vehicle. These challenges grant perk points which can then be redeemed for upgrades from five different categories, each with a different focus. One, for example, might grant upgrades to the player’s guns, while the final category offers upgrades to the newly implemented roster system.

The roster allows the player to recruit various members of Hope County to fight alongside them. These members are split into two different types. The first type are fighters, or random non-player characters, (NPC’s,) that the player will run across when completing the side missions. Up to three of these characters can be recruited to the roster at a time.The second, specialists, are specific, named NPC’s that can be recruited by completing missions marked on the map. Whereas fighters are more standard, soldier type NPC’s, specialists offer more unique abilities. Nick Rye, for example, is a pilot who provides air support from a World War II era plane when called upon. In addition to the human specialists, there are several animal companions as well, including Cheeseburger the bear.

The new mechanics mesh well with those returning from the previous games, while creating a unique enough experience to refresh the series for longtime players. The game feels familiar, but not to the point where it’s like playing the same game over again. The story, probably the game’s weakest point, is also enough to serve as an excuse for the gameplay to exist, even if it is entirely unbelievable.

Overall, though the game is certainly nothing groundbreaking and the writing isn’t going to win any awards, the experience is enjoyable enough to keep you playing. Longtime fans of Far Cry will be pleased, while the new mechanics, such as the heightened co-op focus, may be enough to entice new players into picking up the series.