I’m not a fan of scary things and I don’t find joy in being scared. During scary movies, I’m typically the one with my face hiding behind a blanket and I usually count myself out of going to haunted houses and corn mazes. This year though, I decided to live on the wild side and go to my first haunted house.

I got invited to go to FrightTown with eight of my friends on Friday, Oct. 9. FrightTown is located at the Rose Quarter and is
three haunted houses. Each house has a separate theme with actors that fit each theme. This year there was a circus themed haunted house, a cannery, and the last one seemed to be an insane asylum. It’s open for admission from 7 p.m. to 11 p.m. and they don’t close until everyone is out. The price of admission is $22, but we all had coupons from Bi-Mart for $5 off.

We took the Max to the Moda Center and arrived at about 10 p.m. We were all pretty nervous that we wouldn’t get in. Rumor was that the lines can get crazy on Friday and Saturday nights. Luckily, when we walked in, there were no lines anywhere. In fact, it was pretty dead. We didn’t have to wait in line to buy our tickets or to get into the first haunted house.

The circus themed section was my favorite, although the actors were the least “scary.” It was mainly clowns and circus freaks. One actor in particular was more funny than scary. He was part of the circus freak section and he was covered in nipples. He made me feel more uncomfortable than scared. There was also a judge at a tall podium sentencing people to 420 years in prison for smoking too much marijuana, which was pretty funny. A lot of the actors jumped out at you throughout the whole thing and made you jump, but it wasn’t scary, just startling.

The next house we went into was the insane asylum. Unfortunately, I was at the back end of our group so some of the surprises at the front were spoiled for me. Still, I think
I got the most freaked out in this house. Throughout the whole house, a creepy, possessed looking girl followed us and was only a few inches behind me at times. At one point, the walls started to get narrower and the ceiling got shorter and shorter. Not only was it claustrophobic, but I had this freaky girl following me and occasionally screaming in my ear.

The last house was pretty gross, but when the outside of the house says “Cannery,” it makes it pretty obvious that what you’re about to see is gruesome. People jumped out at you in this section and the actors were actually kind of scary. Dead bodies hung from the ceiling with lots of fake blood. I thought the actors were by far the scariest looking in this section.

In the end, it only took us about 45 minutes to go through all three houses. If it was busier, it would have taken much longer. After we finished the last house, I just felt like wait … that’s it? I enjoyed myself and it was a cool experience, but I expected to be more scared. I think I did more laughing than screaming. All in all, I thought it was a lot of fun and would probably go back. I recommend FrightTown for people who don’t like being scared for a fun night of jumping, laughing and being mildly creeped out. 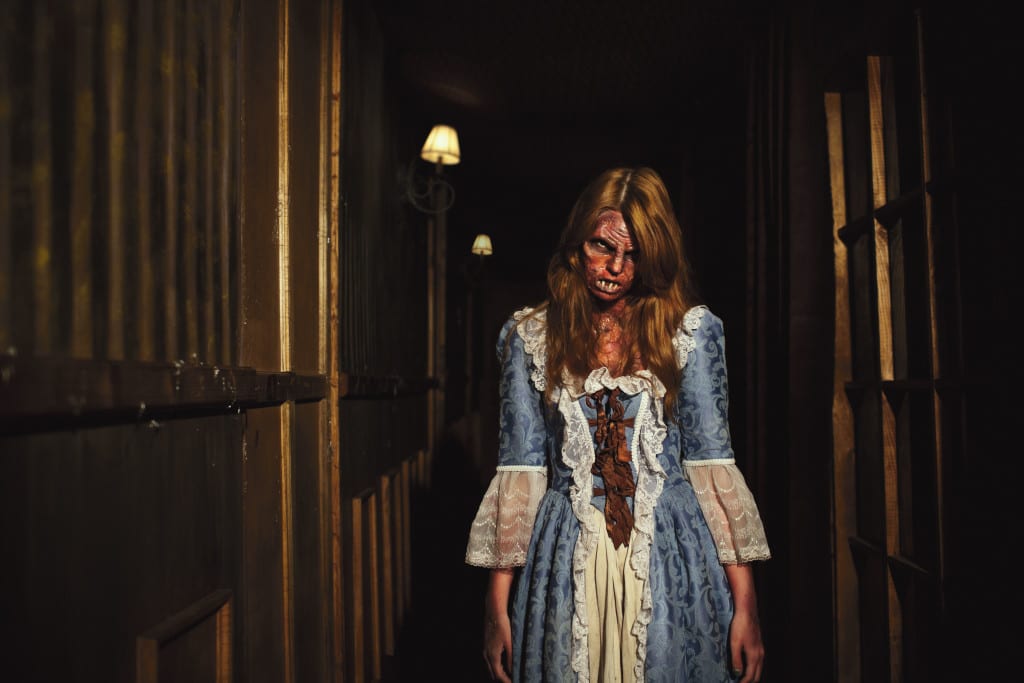 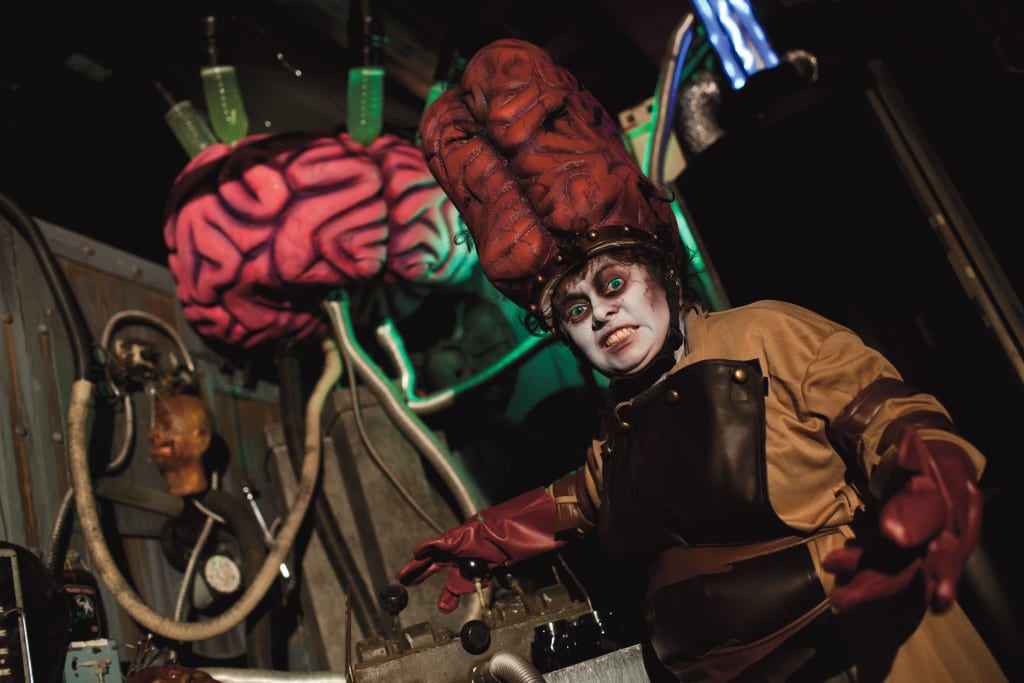 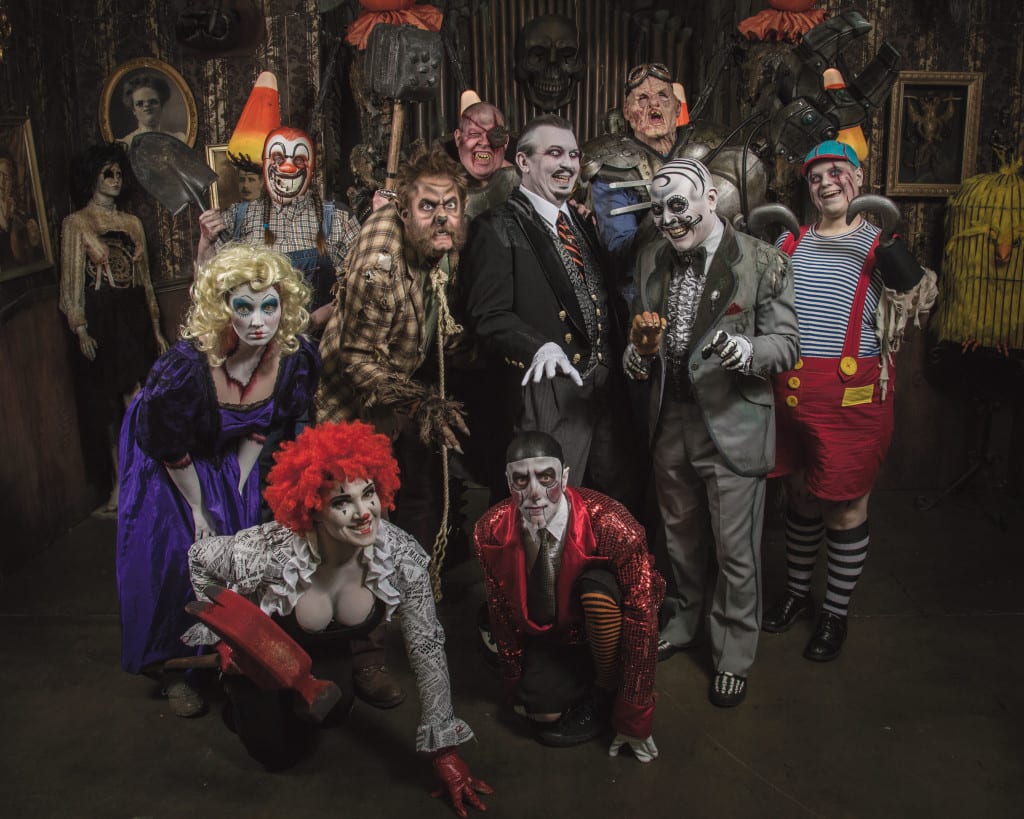 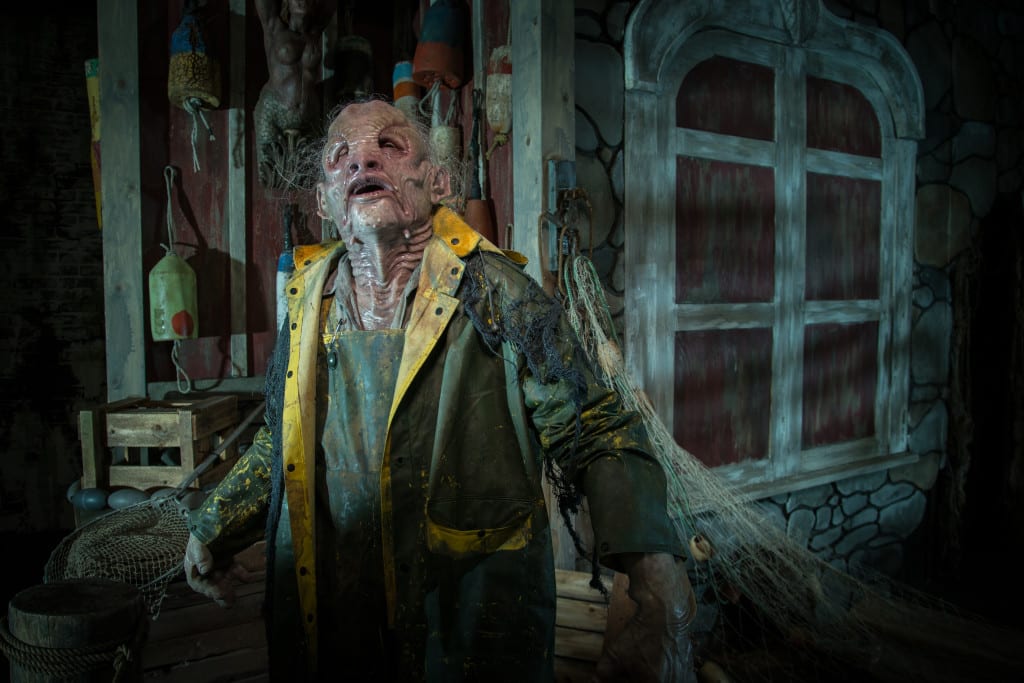 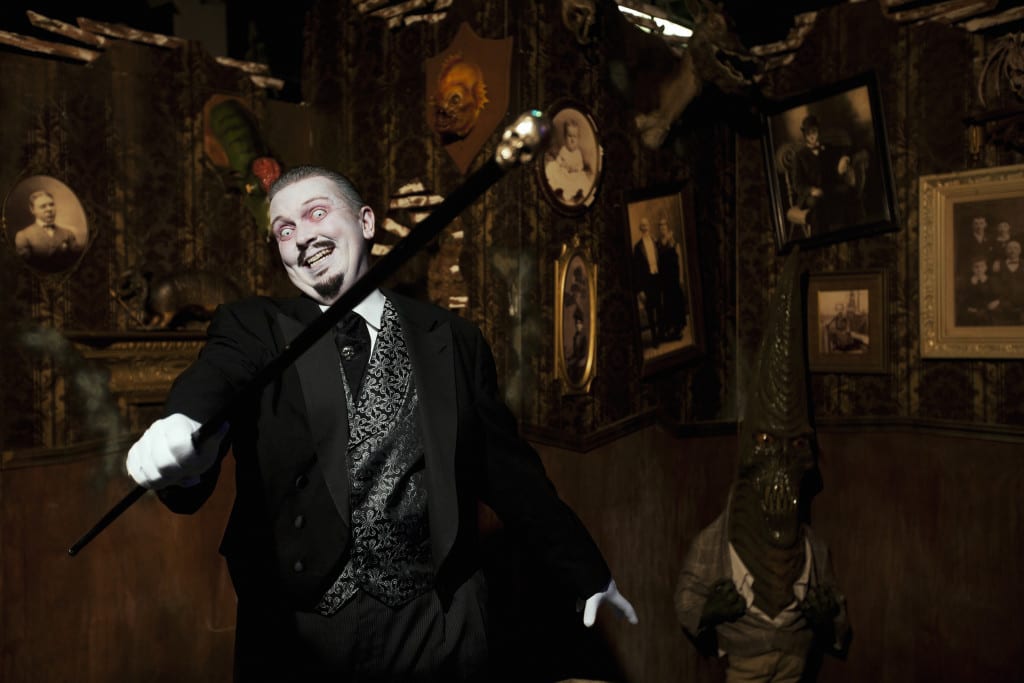