French and Spanish teacher on his time overseas Q&A 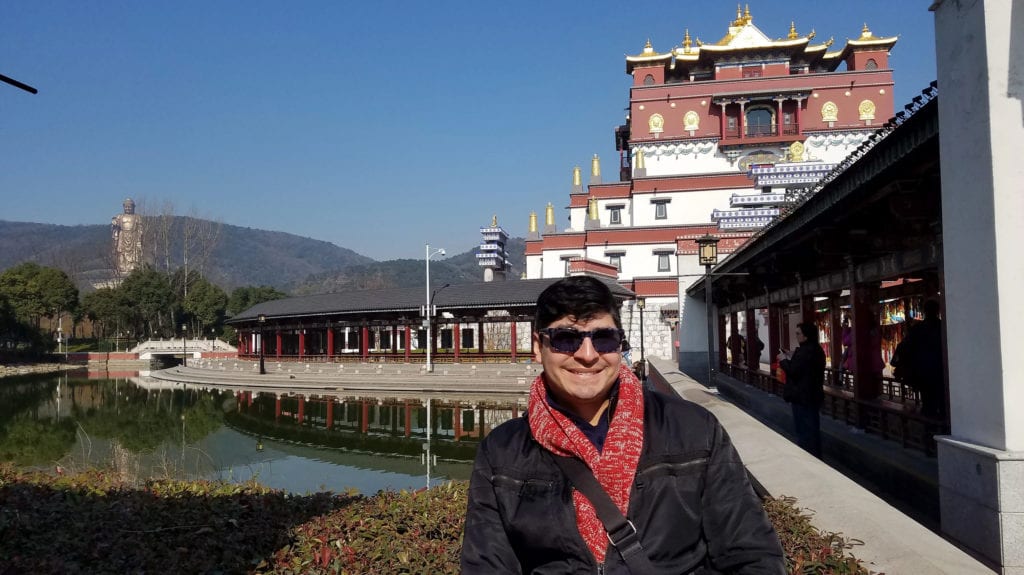 Ernesto Hernandez is a full-time French and Spanish teacher at Clackamas Community College. Before joining the college, he spent his time as a teacher journeying overseas with a specialty in European languages.

The Clackamas Print: Could you talk a little bit about your background?

Ernesto Hernandez: I grew up bilingual speaking English and Spanish. I was born in a tiny little country called Nicaragua in Central America. My family ended up leaving for the United States and most of my family settled in Los Angeles, whereas my father settled in Vermont. I grew up with my mother in Los Angeles but I kept sort of moving back and forth between my parents, so I grew up between very urban Los Angeles and very rural Vermont. My first exposure to French was early on when I ended up living with my dad. Vermont is right next to Quebec and Quebec is a French speaking region, so Vermont had really good bilingual programs in French. I started learning so early on that I don’t have an accent in French. In my last year of high school, I started German, the only language leftover for me to learn. Eventually, I taught English in Japan and learned Japanese while I was there, but it’s rusty.

TCP: should people be bi/multi-lingual?

Hernandez: There really is no reason why every person who goes through the education system in the United States isn’t bilingual in English and Spanish by the time they’re 18 years old. It’s shocking to me. That should just happen. It happens for the most part, with varying degrees of success. Virtually all Canadians are pretty fluent in French and English, if they’re Anglophones from an English-speaking background, they’ll at least be able to converse in French and vice-versa. The fact that that’s not true in English and Spanish is very shocking, because something like 25% of our country is Spanish-speaking.

TCP: Where have you been before CCC?

Hernandez: I graduated with a bachelor’s degree in French, German and Spanish. I had a double-major and a minor, but then what do you do with that, right? I always wanted to teach and especially because if you do it right, you still can have lots of free time. I absolutely adore what I do. Even on vacation I’m always thinking about “my next class I can use this,” so I’m pretty much always working but because I enjoy it, it doesn’t seem like work. After my university experience, I decided to work through an ESL foreign teacher program at Saint Michael’s College in Vermont. I taught in Morocco for three to four months, and when I came back my first big job as a teacher was going to Japan. I took this very nice offer at a University in Kanazawa, Japan. I had known nothing about Asia, nothing about Japan. I ended up living there for five years.

TCP: How did you get to CCC?

Hernandez: My contract had finished at Oregon State University, and I was at an ESL program there. I wanted to live in Portland, and moving up from Corvallis to Salem, I was slowly making my way up the I-5. I always sorted want to go to a different route as well, I had been teaching international and ESL students a long time, and I took it as an opportunity to get back to my languages. Low and behold, I see an advertisement for a French and Spanish teacher here at CCC and I said, “Well, that’s me!”

Hernandez: What I really like is the diversity of the students. In universities I had been before, not in a negative sense, but everything was quieter. Everything was sort of more strict in a sense. Here the students aren’t afraid to tell me they’re really struggling or that their lives are a mess, and I try to help them in any way I can. We have veterans and sometimes I have to meet them halfway. There’s all sorts of problems where I have very emotional conversations with my students. They share how they’re struggling in their lives and the type of help they need, I try to meet them halfway and connect them through resources here. Maybe it’s the nature of a community college versus a university or grad school, but here people can be themselves and say, “No, I have this problem and I have that problem. My car broke down and this and that.” I have real experiences with my students. It keeps me on my toes. I feel we can be ourselves.