Fur-land of Opportunity – A Look into the Furry Fandom 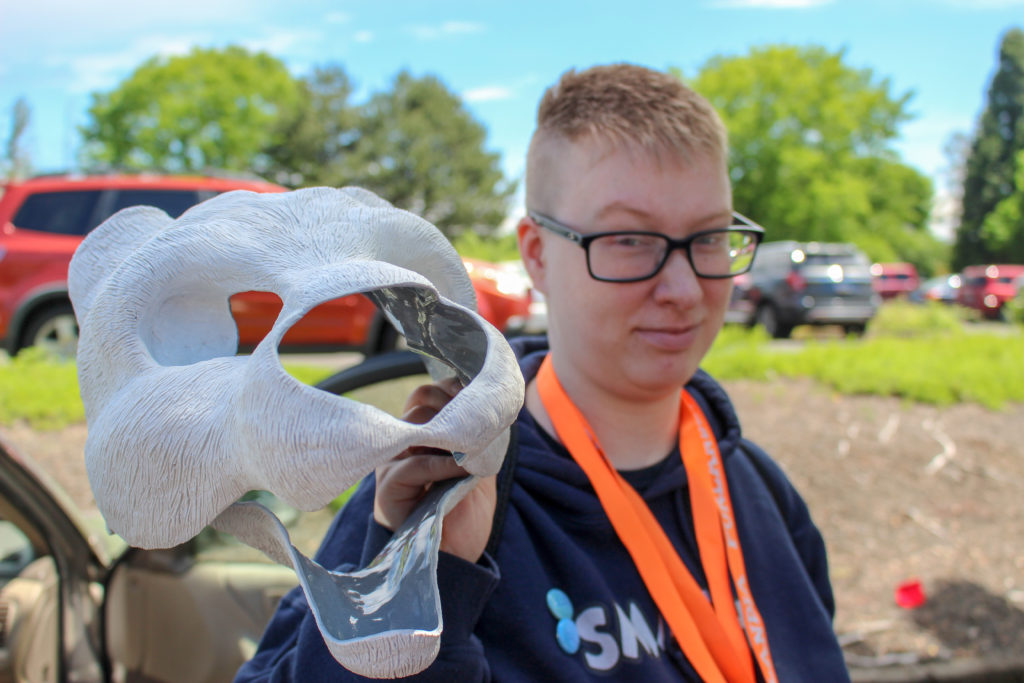 Before any convention there is a fandom, and before a fandom there is the artist who pioneers that fandom – but not all art is made by big time production studios, this art is made by fandom. Tyler Whorff, a student at Clackamas Community College and artist in a mostly online community creates freelance furry art – the illustration and design of anthropomorphic animals, under the alias Corre con Lobos, a striped hyena. Most furries go by their fursona alias for privacy and separation from outside of the fandom, to protect their identities from co-workers and loved ones due to possible misunderstanding of their fandom.

Whorff specializes in reference sheets or ref sheets, which is the first step into creating a fursona, which are illustrations animals with human characteristics that resonate deeply with the customer – think of Disney’s Robin Hood, or Timon from Lion King. Whorff asks for commission pay to create the bones of the customer’s suggestions, imagination and captures  the simplicities or complexities of fur markings, scars, clothing and so forth by illustrating profiles of every angle of the fursona. “I really like designing characters and I really like how many options there are as a furry. You can make you character look however you want it to look, or you can pay someone to draw it if you can not draw,” Whorff said.

When a commission is complete, usually in the same day for Whorff, the customer can take their ref sheet to any artist within the furry community to have it come to life. One of Whorff’s first commissions left a mark on him after one customer, “…This is the first art of his character and he is just so happy about it that he commissioned me for a ref sheet. I don’t remember how much he paid me for it, I think it was $30 or $40, which is not usually what I do, but then he got a bunch of not-safe-for-work art afterwards. His profile picture was changing to a new art every week and I was like, ‘I did that! Now he can get art”

Whorff charges $12 for ref sheets and it varies by commission, which in comparison to full time furry artists, can be from $25 to $300 according to Whorff. Whorff uses his commission money to support himself and his partner Jeffrey Bess, “It helps us pay for food, going on this trip – it helped with that. You know he’s not too busy, he doesn’t get crazy, but maybe that will change someday, maybe he could get more successful off of it, maybe it could be a living wage, who knows!”

Bess supports his partner as much as he can through social media, by word and even takes part within the community as well, going by Joof, a shiba inu mix, “It’s more just exposing yourself to it, taking it in – I don’t get as involved as a lot of people do, I’ll buy occasional merch. It’s like a spectacle, you know, I don’t do commissions or make any content – I definitely do enjoy it.”

However, Whorff’s artistry brings more than pay, but dreams and access to community perks. One of the perks of being a furry, or having curiosity is being able to attend Portland’s very own furry convention, Furlandia, as well displaying and selling commissions in the Dealer’s Den – which is a dream for Whorff, who has attended the convention before. Whorff and Bess registered for the convention months in advance as the convention isn’t open to the public, but to those who register online. They both left on May 24 to endure an approximately hour long drive from Estacada, to the Sheraton Portland Airport Hotel.

Animal ears, tails and fursuits adorn the hallways of the Sheraton hotel where every memorial weekend furries, fans of anthropomorphic animals, come together to celebrate and take part in their growing sub-culture. “Furries have been described as ‘fans of each other,’ as opposed to other media driven properties where they’re organized around a particular media property,” said Rex, the chairman of Furlandia 2019.”You think of Bronies – they’re all organized around My Little Pony; Trekkies – they’re all organized around Star Trek; Star Wars fandoms, they’re all organized around Star Wars – these are different media properties. But furries, there are a lot of what we consider furry works of art, whether that’s movies or comics or costumes – or anything else like that.” Rex, who has been part of the organizing furry conventions since 2007, also described the experience of having a fursona as spiritual and even one person can have multiple fursonas depending on their current standing or mood; fursonas are not limited to just creatures with fur, but also fins, scales and feathers.

Furlandia was established in 2013 and since then has been growing in attendees and activities.

The Sheraton is able to make accommodations for all of the happenings at Furlandia including panelists and dance competitions. One of the most excitingly overwhelming parts of the convention is the Dealer’s Den, where vendors huddle behind their stalls selling art, tails, ears, fursuit spray, even more risque items such as collars, leashes or lewd art.

While the furry subculture has received bad press in the past due to television shows like CSI, A Thousand Ways to Die, or even the occasional bad apple — the fandom is very accommodating to those who are underage, as some adult furries within the fandom do participate in more mature themes. However, Furlandia is known for being a child-friendly convention offering a safe space this year for a craft-making family friendly panel hosted by this year’s guests of honor, the Moms of Furries, Carrie and Joelle, who run a YouTube channel as well as website offering advice to both young furries and the parents of those furries. “We got into the fandom because our kids are furries, so we don’t have fursonas because we are furries in a different way,” said Carrie.

Carrie and Joelle ran their panel with their children’s assistance making tye-dye scarves, con-badges and playing board games with the other attendees. Joelle explained that their kids weren’t always social, but until meeting their first famous furry, that all changed, “They transformed, they smiled, they became talkative, they became socially engaging – and it still happens, they’re still quite introverted in their everyday life but when we come to a con they talk, they make conversation, they smile, they take pictures.” Furlandia offers more than fandom, but relation and the opportunity to meet other people who share the same interests.

Navigating this convention would be a puzzle without having an experienced furry like Whorff, Bess, or helpful staff and panelists. The furries have a diverse sub-culture that cater to different interests whether that is through creating furry art, media, organizing a meet-up or education. If you’re curious and adventurous enough, access to this community is virtually anywhere, so don’t be afraid to get yourself into a fuzzy situation.