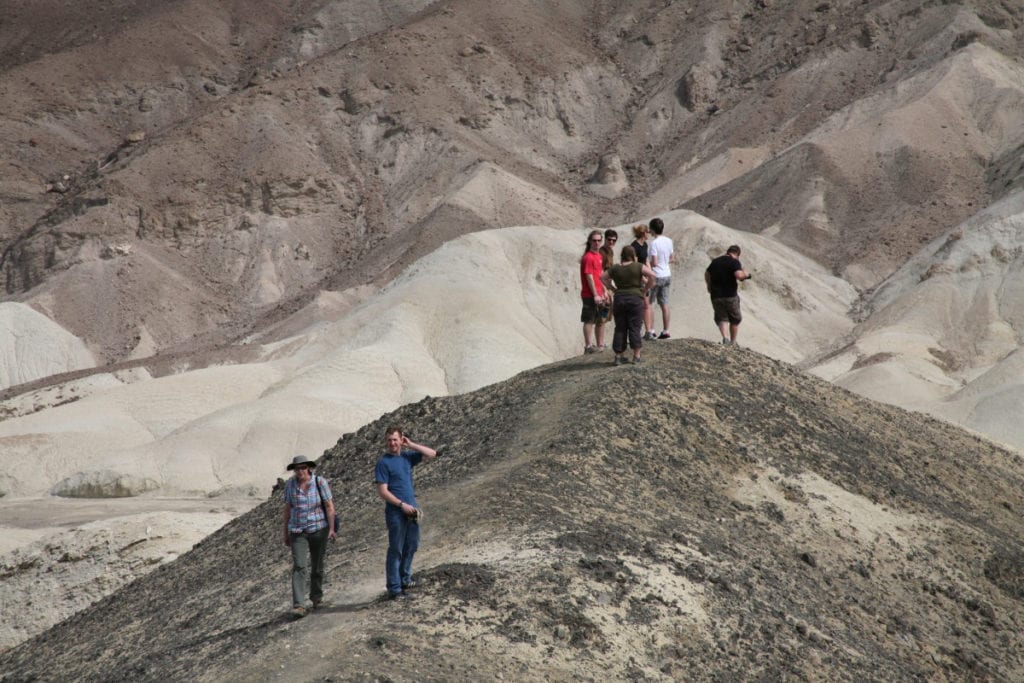 Perhaps you’ve never heard of Death Valley, or you only know that it’s a desert in California.

Death Valley is the largest national park in the lower 48 states, and the hottest, driest and lowest of all the national parks in the United States. Home to many species of plants and animals that have adapted to the harsh living environments, the Science Department of Biology & Geology at Clackamas Community College has been taking trips to Death Valley for about 30 years now.

CCC professors Sarah Hoover and Jennifer Bown both take students there during spring break, where they spend the week learning about desert ecosystems. Specifically their studies capture the biology, geology, human history and botany of the desert. Students study how these systems relate and interact with one another for a week while camping in the national park and spending their days in the valley itself.

It may be an intensive course for some, but, “Students walk away saying that it’s the best class they’ve had in their whole life.” Hoover said

Hoover has been with the program for about 18 years now and is the geology instructor at CCC, though she originally studied theater. When she went to community college, she ended up taking a geology class just for fun, but soon realized that, “It was like someone had turned on a light and [I] thought, this is the coolest damn thing I’ve ever heard,” Hoover said.

Many students attend each year, such as Ivy Hodgkinson. Hodgkinson had never thought geology would be her first choice, originally majoring in environmental science and geography, Hodgkinson said, “ I always wanted to pursue a career that I could create a positive influence on the earth. So with that in mind, I started to look for other fields. I just happened to find geology and one day fell in love with it.”

She, like Hoover, has found geology to be her hidden love. “Now it feels like the field that I was always trying to find but I never thought I would enjoy.” Hodgkinson said

By attending the Death Valley trip, not only do students have the astounding experience of creating friendships through camping with one another and taking part in group experiments throughout the trip, but they also receive four credits for participating in the class.

Victoria Tinker, a former editor for The Clackamas Print, attended the trip some years back. She, like many others attendees, referred to it as a “one of a kind experience.”

Originally taking the class, Tinker developed a love for the course (BI-165-C,) and decided to take the Death Valley trip because it was a good opportunity for her to earn science credit while exploring an area she wouldn’t have traveled to otherwise.

Having instructors as guides proved to be an extremely helpful tool as Tinker was able to see something new each day while on the trip. With the journal she used to collect information about native species, she says she would visit again with family some day.

Death Valley is one of the United States’ greatest anomalies. Many students that took the trip think that Death Valley is an enlightening experience, not only for biologists or geologists, but for people of all walks of life.

The course is conducted over spring break from March 21 to March 30, 2019 at a cost of $385. There will be three to four required meetings during winter term and interested students can contact Jennifer Bown and Sarah Hoover for more information.