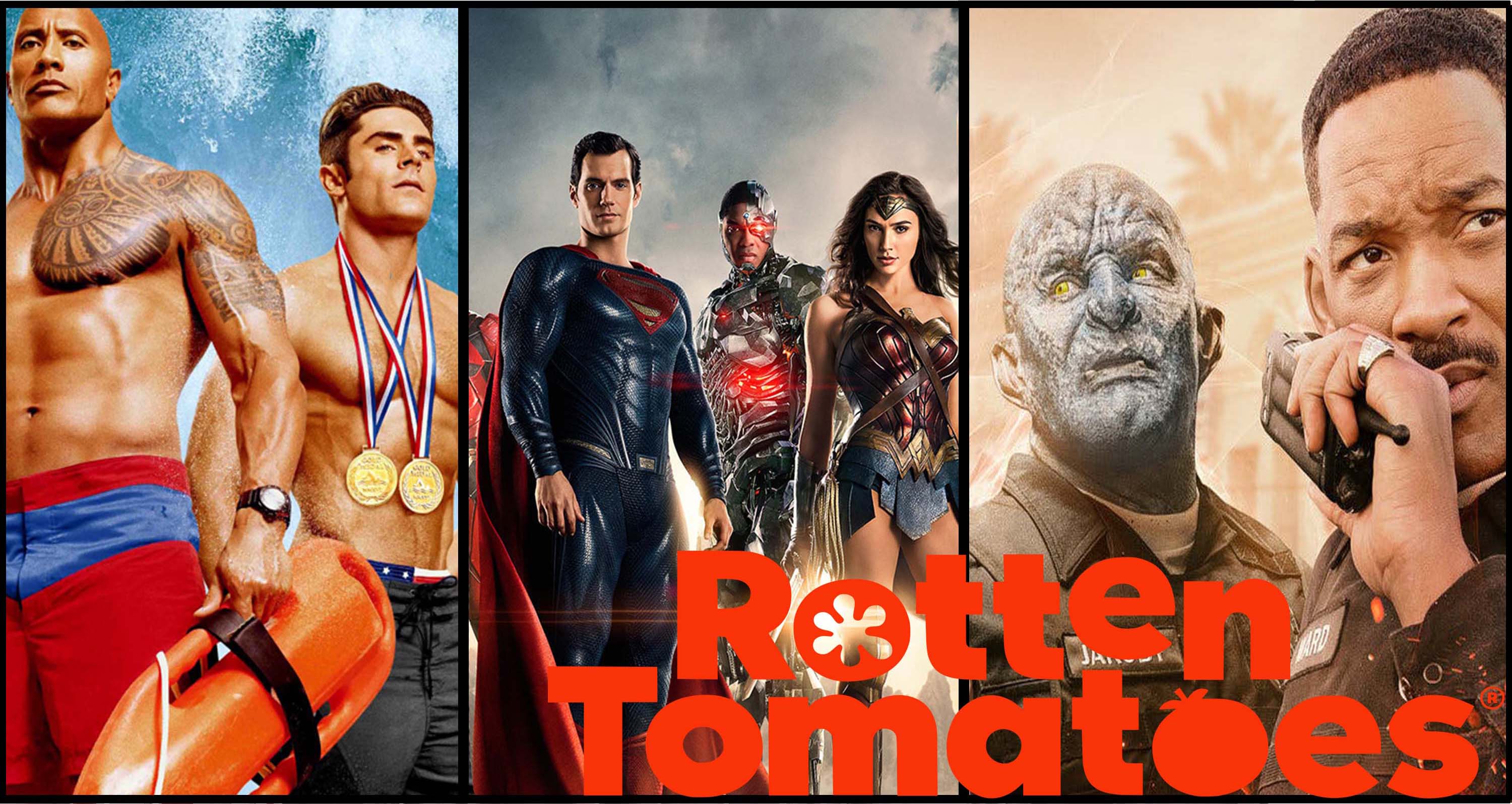 Last year paved the way for hundreds of films to flood the movie market, giving moviegoers across the globe the ability to choose from a wide variety of films. With the rapid rate at which movies hit theaters, many companies are aware of the high expectations that the movie-watching demographic has when taking a seat, critic or otherwise. Some make the cut and are praised for their accolades on the silver screen, such Logan and Get out,  while others are cast into exile and scorned for their shortcomings by those who left the room with a sour face. How many of these movies actually deserve the bad mouthing of others? Rotten Tomatoes currently stands as one of the internet’s most dependable sites in terms of rating the quality of a movie. Movies are given general consensus scores based on the volume of positive reviews in comparison with the negative ones. Movies with a score over 60 percent are deemed quality “fresh” films, while movies falling short of 60 percent are considered poorly made “rotten” movies.

Justice League: This movie practically had to move mountains to live up to the legacy that Marvel left behind when it took the leap of faith with Avengers (2012.) Nearly everyone anticipated Justice League to be a hot pile of garbage, and many left the theatre with a smug demeanor that read “I told you so.” In contrast to the very apparent hate it received, Justice League impressed many with a decent sized cast of super heroes and several action scenes that were entertaining and well animated.
The Flash’s speed force (the energy within Flash that allows him to move at inhuman speeds,) is utilized correctly and in a manner that allows him to be a valuable asset to the team also allowing for the proper usage of beautiful CGI lightning that surrounds him while he zips around. Ezra Miller delivered an acceptable performance while steering away from overdoing the affable dunce role, and did a satisfactory job of leaving audiences with an interest to see him return. Cyborg was animated superbly and his emotional demons placed upon him by his transformation were well portrayed by Ray Fisher; the drive for the characters team up was well executed, and there was a fair amount of motivation for the characters to set their differences aside. Overall, while the movie did fall short of many expectations, along with receiving a mere 40 percent, it plunged into the depths of Rotten Tomatoes’ scores roaring.

Bright:  While not a theatrical release, Bright was a highly anticipated film with a Hollywood budget to boot. Couple that with being premiered through Netflix and you have the attention of the public. Receiving a heart wrenching 26 percent, Bright fell short of the high expectations of a movie with Will Smith’s face on the cover and a budget of 90 million dollars. Flawed though it may be, it still came out swinging in terms of character depth and world building. Set in a world where the line between fantasy and reality is blurred, the story follows two cops operating in a version of Los Angeles brimming with mystical creatures such as elves, fairies and orcs. One half of the crime fighting pair being Will Smith, basically playing himself, and the other an orc cop named Jakoby. Not only is he an orc, he’s the first orc to ever make it on the police force- this allowing the audience to gain a unique insight on the ridicule which the orcs, as a race, endure whilst trying to fit into a 21st century setting.
The hate that Jakoby endures while struggling to follow the police code of justice serves the depth of his character extremely well, while not detracting too much from the story. The central plot revolves around the protagonists urgency to secure a powerful magic wand in order to keep it from falling into the wrong hands. Bright delivers many aspects of a compelling, original concept with ease through fun action scenes and exceptional special effects. Although it was deemed one of the worst movies of 2017, it left its mark nonetheless for better or worse. Regardless of the Rotten Tomato scores, Bright caught the attention of many.

Baywatch: Although Baywatch was far from a perfect film, it still sported competent actors such as Dwayne “The Rock” Johnson and Zac Efron, both of whom have starred in several feature films in the past few years. It may be a bold statement, but the fact of the matter is, this movie is not far from the recipe that gave us 21 Jump Street, a film that people still mention today as one of their favorite comedy films to date. Baywatch had its problems sure, but Dwayne and Zac had a well-balanced chemistry with each other that made for more than a few good laughs.
The action scenes were well shot and not overly outlandish, and the occasional eye roll is always expected when one watches a goofy action comedy such as this. The plot was easy to follow and it didn’t try to be anything it wasn’t, the jokes were well placed and the cinematography overall was exceptional. The film only scored an 18 percent on Rotten Tomatoes, the lowest of any on this list, but audiences gave it 56 percent. This film got a bad wrap, and if critics gave it another shot and lowered their expectations instead of asking for some high-budget well-written masterpiece, they might come to see that this film is solid, funny, and overall a good piece of entertainment.