From games and comics to TV shows everyone enjoys some kind of media experience and the stories they tell. For many its hard to find media to relate to when the people on screen are nothing like you.

There are many underrepresented groups of people who don’t get a lot of art or media made for them, or even characters that represent them. This can be a problem when so much of popular culture only focuses on one group, anyone who isn’t part of that group can feel ostracized.

Not to mention how hard it is for us as a society to accept others and ourselves when we have no positive examples to look to. Mason Hopkins, president of the Gay Straight Alliance, said, “You can’t just ignore it and act like it’s not out there,” in concerns to the lack of representation he saw in media.

Fellow GSA member Sawyer Watts added, “If you know its exists then you don’t feel broken.”

In this we’ll explore three different examples of art with great representation, focusing today on LGBTQ people and issues. 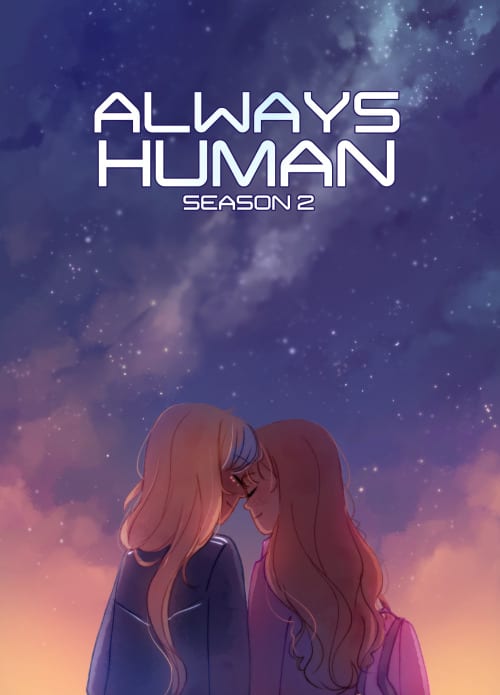 Always Human is sci-fi web comic love story set in the near future where genetic augmentation, or mods, have allowed people to change their bodies in any conceivable way. It focuses on Sunati , a V.R. designer who meets and falls in love with a women named Austen who can’t use mods due to a genetic disorder.

This unique setting is used to explore questions of identity and self through its wonderfully written characters, and show a believable love between two women as it grows into a meaningful relationship.

The great characters are also complimented by a beautiful watercolor aesthetic that makes full use of medium of being an online comic by having each chapter be one long piece of art that descends down the page. Each chapter is also accompanied by a music track that’s made specifically for the comic adding another layer to the reading experience.

Besides being a wonderful representation of lesbians and gay relationships the comic also features many other queer and open characters. The story introduces the reader to people who are gender queer, asexual, male homosexual, and polyamorous relationships; all of which are shown in a normalized and respectful way.

Overall the entire comic is incredibly high quality even if it is a little short, and can be enjoyed by anyone of any orientation who wants a lovely and interesting experience. 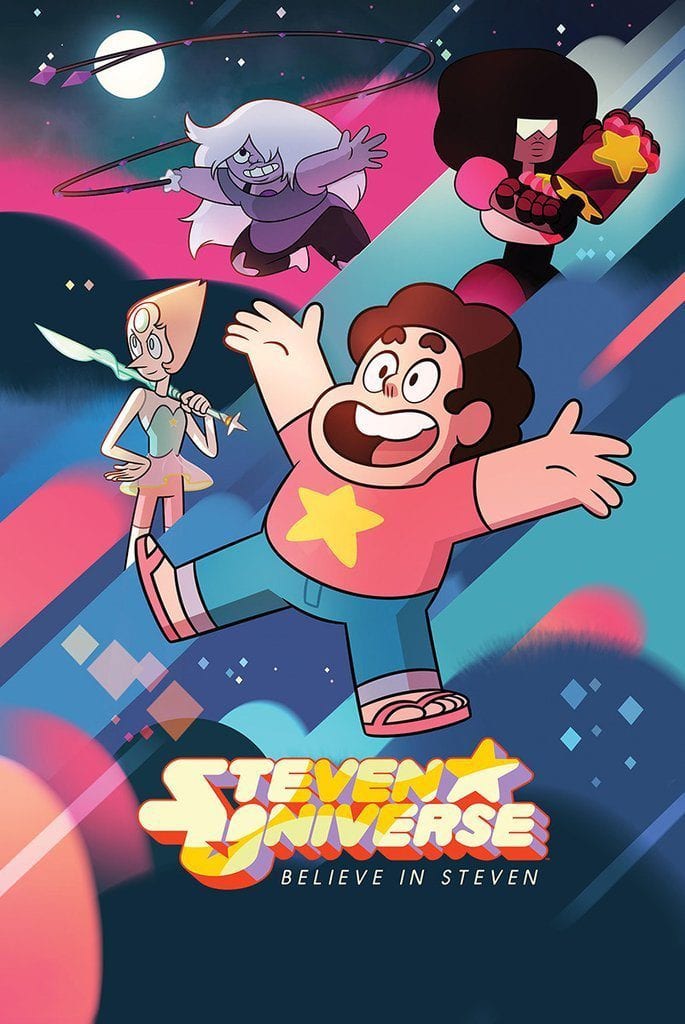 Perhaps the most well known entry on this list, Steven Universe still deserves a mention for its open approach to representation. Openess, that’s much more impressive when you realize this show is made with a much wider age demographic than most LGBTQ and body positive media.

First released in 2013 by Cartoon Networks first female show runner Rebecca Sugar, the show follows Steven, the youngest member in a family of mysterious creatures known as the crystal gems, as they strive to protect earth from the many threats both on the planet and beyond the stars.

The show is notable for being one of the first (and so far only) shows for younger audiences with a mostly female cast and multiple openly gay characters. Some of the main cast are in committed queer relationships and some are simply open about being gay, but this is expressed in a more normalized way.

When characters are shown to have queer feelings or be in gay relationships it’s not presented in a way that draws attention to it, or makes a big deal of it. It’s approached in a matter of fact way as part of the characters that’s normal and doesn’t define them.

On the other side of that it means these themes are less overt than in other media, but that can be more of a positive as it normalizes these ideas and doesn’t treat them as different. The show approaches the ideas of identity and body image in a similar way of depicting diverse characters that aren’t defined by their physique.

Honestly there are many other things that can be talked about this show, but this covers most of the show’s style and approach to writing. It’s a show that gets a lot of praise for it’s interesting plot and story telling, but it can be slow in its delivery and take a long time to develop arcs and plot threads. If what was said here resonates with you, you’re most likely the kind of person who would enjoy Steven Universe.

Night In The Woods

Do you, like me, ever wish it was Halloween all the time? If so, you’ll probably fall in love with the atmospheric experience that is Night in The Woods, a game that can best be described as a kids cartoon for children 18-25.

Night in The Woods is a single player story-driven game released in 2017 by Infinite Fall and Secret Lab studios that centers on 20-year-old Mae Borowski who comes home from college to find a very different town than the one she left.

The whole game is done in a 2-D art style with all the characters being story book-like cartoonish animals. Under the game’s adorable skin lies a deep and enthralling dive into mental health issues, depression, living as a queer individual in society and the trials of trying to find a place in the world.

All of these may seem like bummer topics, but Night in The Woods deals with them artfully through it’s absolutely amazing, and hilarious writing. Not to mention the characters  are so witty and enjoyable to interact with, you can’t help but fall in love with them.

The main character especially strikes the perfect balance between being flawed yet lovable. Mae’s awkward and often grim humor mixed with her wittier observations and interactions help to push the experience on through all of the story beats. The rest of the cast each have such rich personalities that they end up feeling like real people that you want to see succeed.

Ultimately that’s the game’s greatest strength and its goal, to make it feel and represent the real world as much as possible, With a little bit of platforming sprinkled in for good measure. That said, this game is dialogue heavy and besides a few mini mechanic breaks thrown in, there’s not much else to the game.

It’s not really a bad thing if you enjoy more laid back experiences instead of more traditional games. However, that lack of mechanic richness can be a steep curve to get over if you’re not already use to it. I hope you like games that are also books, because this one has so much reading involved.

This lack of complexity in the mechanics end up making the game much more open for anyone to play, and I can’t recommend you do that enough. This game has representation for so many historically underepresented people: from representing mental illness and depression in an honest and respectful light, to realistic gay people and relationships. The game even shows poverty in America and all the different opinions and sides, good and bad in the rust belt. All in a game with an ending that will leave you speechless.

So, if you want an eerie, thought provoking experience that will make you laugh and cry (sometimes at the same time) then look no further then Night in The Woods.