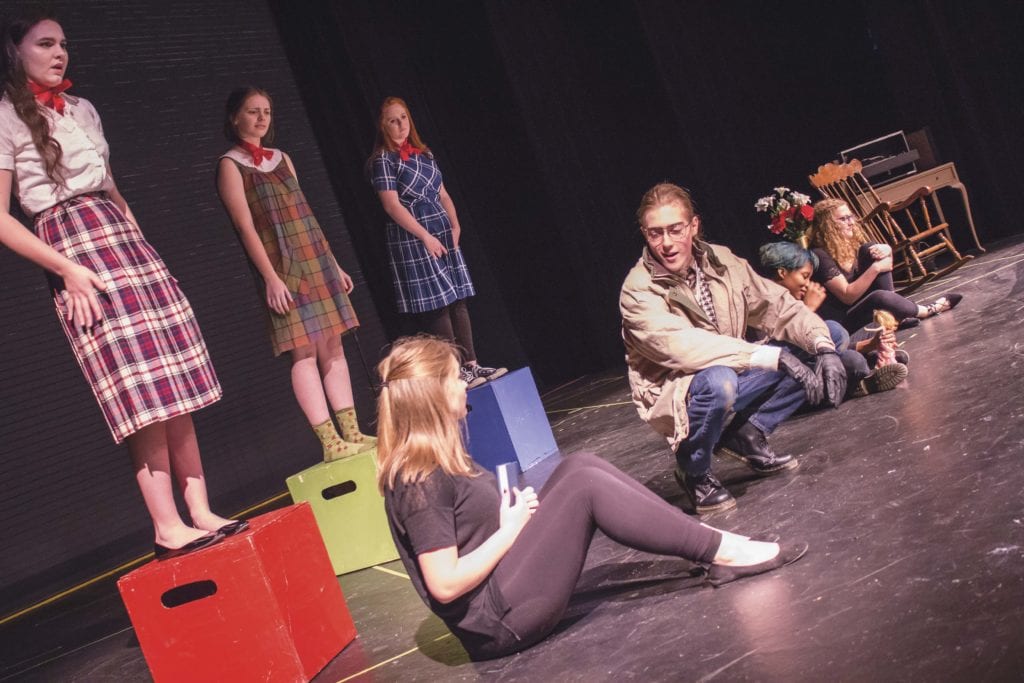 Every year, the conference holds the student-directed one-act plays where students get a chance to perform in front of other students.

“They were looking for a place a few years ago,”said Jim Eikrem, theater instructor. “I had a contact with David Douglas high school [they] thought about having it here and we said, ‘That’d be great!”

This year, they were held at CCC, as they have been for the past four years. About 150 students having attended, Eikrem said.

The experience has been amazing for everyone, Eikrem said. “We get to see what they do, and they get to see our facility, it encourages them to go to school here,” he said.

For every school, there will be one one-act play, making a total of six plays. One of which consisted of a murder tale, from the point of view of three dead girls who were led on by a strange man, lied to and then murdered in the garage. The play was by students from Reynolds High School.