How to connect on campus

Roll out of bed, get ready for class, begin the commute out to Clackamas Community College, fight for a parking spot, trek to class, sit through a lecture, get the homework assignment and head back home. This is what the daily school schedule looks like for many students at CCC, and day after day, it can get boring and extremely repetitive. Students may start to ask themselves why they are still going; they may think it isn’t important to go. So how does one avoid this repetitive nightmare? Get involved with the campus.

Getting involved may seem hard; it can be difficult to connect with people just by going to classes. Some classes don’t provide much time to be social with your classmates. The best way to get connected to the campus is by becoming involved with one of CCC’s many clubs and extracurricular activities. Some of the clubs at CCC include Gay/ Straight Allience, French Club, Horticul-ture Club, Phi Theta Kappa, Veterans Club, Writers Club and many more. French instructor Heidi Cropsey said that getting involved with the French Club is as easy as signing up. They have meetings every Tuesday in McLoughlin and have activities throughout the year such as movie nights with French films. They also go on a trip to France every other year with money earned from fundraisers at the school. Cropsey also noted that you do not have to be in the language program to be in the club. They mainly just want to “promote the French culture.”

The Associated Student Government has a lot of events throughout the year students can go to and get involved. They have a student book exchange at the beginning of every term, intra- mural sports in the fall and spring, the Cougar Run in the spring and many more. Cody Havens, ASG Grants Officer, said a couple more event possibilities are a skiing and snowboarding trip, a volleyball game against the faculty and a pumpkin carving contest. An event they have available to students soon is the Dollar BBQ on Wednesday, Sept. 30, from 11:30 a.m. to 1:30 p.m. outside the community center. During the event, students can get a hotdog, chips and drink for a dollar.

Another way to get connected to the campus is by being a part of the theater. Jim Eikrem, theater director, said that students can get involved in the performing arts by being in the student performance showcase, stand- up comedy, one act plays and fully produced plays as well as the classes offered at CCC. Any CCC students are welcome to audition for the fall play, Sylvia, on Wednesday, Sept. 30, from 3 p.m. to 6 p.m. in the Osterman Theatre.

There are so many ways to get connected to the campus so next time boredom strikes, think about joining one of the numerous clubs offered or go to an event on campus. 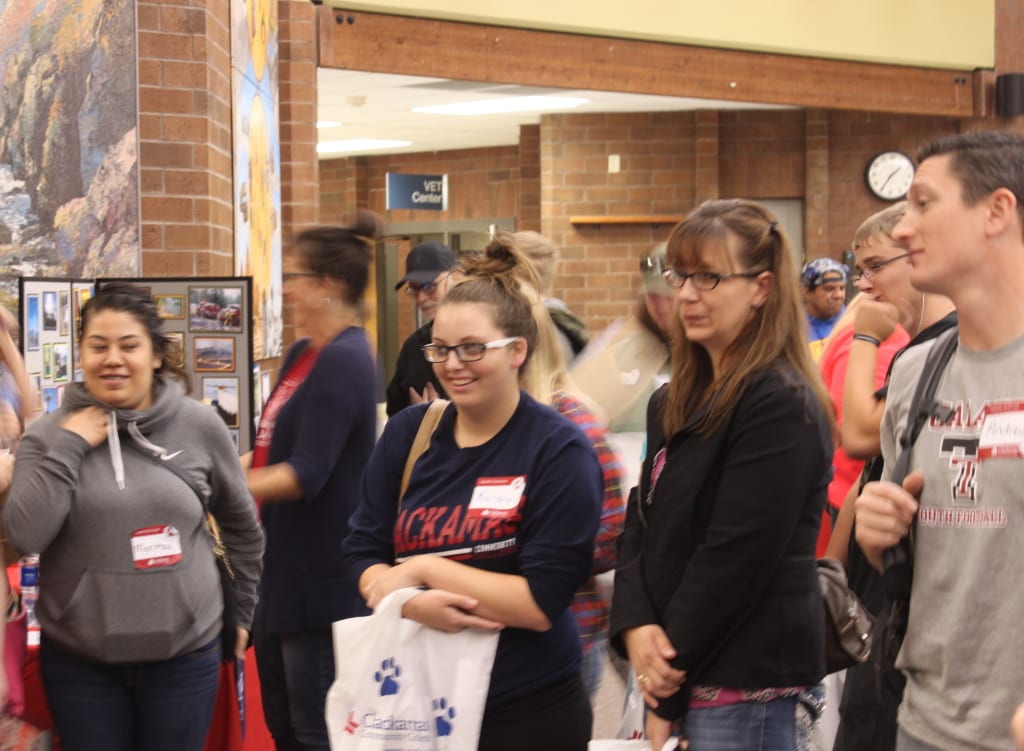