In search of the whole enchilada 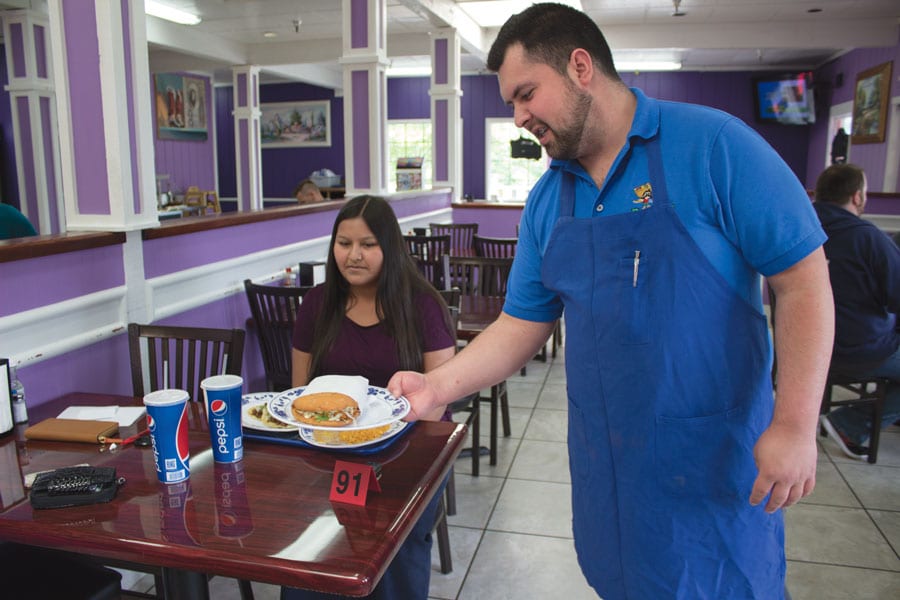 Merari Calderon Ruiz gets ready for her torta delivered by Oscar Uribe at Don Chico.

Mexican food is an art, it takes time to make and not everyone can pull it off.

Cinco de Mayo is coming up, and it’s a great opportunity to celebrate Mexican culture. It may not have been the day that Mexico earned its independence, but it is a great excuse to get together and celebrate its food, drink and culture. Looking for an authentic Mexican restaurant can be harder than it sounds. Apart from eating homemade Mexican food and going to Mexico over the summer, I love to go out and eat at different places nearby. I sampled some of the classic Mexican dishes from local restaurants including enchiladas de pollo, tamales de pollo, tacos de carne asada, and rice and beans. 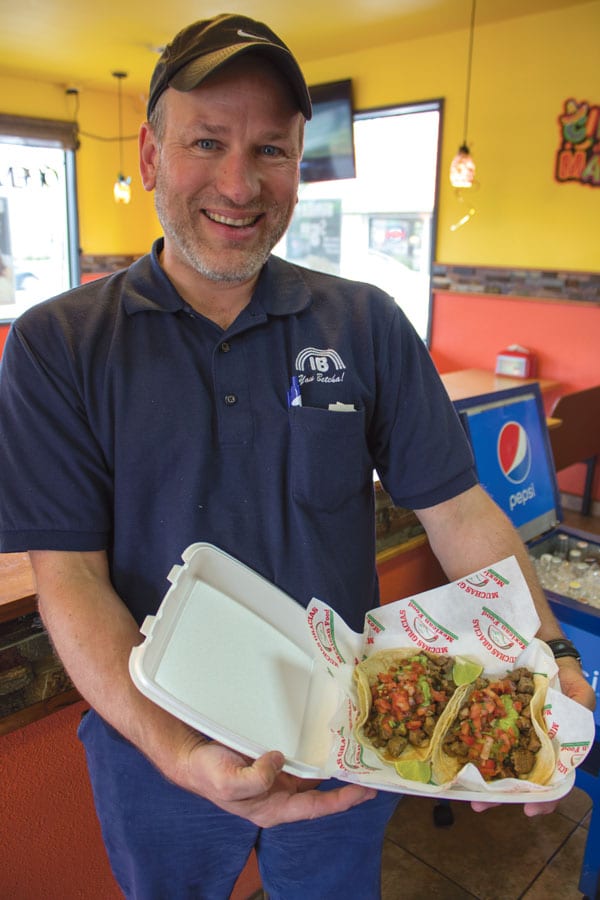 This restaurant is small. I tried not to hit anyone inside with the door since there were a lot of people. The order took about 10 minutes to complete. I started off with the enchiladas de pollo and it was topped with lettuce and cream, which looked fine. The tacos de carne asada tasted pretty decent but there were a couple pieces of meat that were burnt. It was overloaded with tomato. Next, the tamale was plain terrible. It was hard on the outside and super dry on the inside including the chicken. As for the beans, it looked like they were topped with plastic cheese. Thankfully they didn’t taste as bad as they looked. The rice had a good color and flavor to it. I was a little surprised when I ordered a horchata and the guy got it from a soda fountain; it was okay, but the drink was watery.

I noticed first that Muchas Gracias had a drive through, so I decided to try that out. From when they took my order, it took about five minutes until they gave me the food. They used aluminum foil to cover the plates, which was bad since I was taking the food to go. In general, the presentation of the food was terrible. I noticed that on one plate, the chicken was halfway rolled with a tortilla and it was drenched in a nasty looking sauce, assumably it was the enchilada de pollo. As I took my first bite, the enchilada was bland and the sauce tasted like the mild sauce from Taco Bell. It was disgusting. Next, the tamale also had that same sauce as well as some cream and lettuce on top, again, terrible. The tacos de carne asada were alright, but they were difficult to bite into because they had too much meat for the tortilla. I was hoping to enjoy the rice and beans next; unfortunately, the beans tasted off and the rice was hard.

I ordered the food over the phone so I could just pick up and take it to go. The person on the other line was really kind, patient and helpful since I didn’t have a menu to look at. Going to pick up the food, this restaurant is hard to miss since it’s the only green and red building on the street. Once inside, the purple walls and television made it a welcoming place. When I opened the boxes, I was impressed with the presentation of the food. Everything looked nice and neat. First, the texture of the beans felt smooth and the rice, which came with small vegetables, was good. Then, the enchiladas de pollo looked great, but the taste did fall short of the presentation. The tamale was warm and soft; it was delicious. The tacos were also really good, they were a good balance of the tortilla and meat. The salsa and guacamole were great spicy additions to the food. 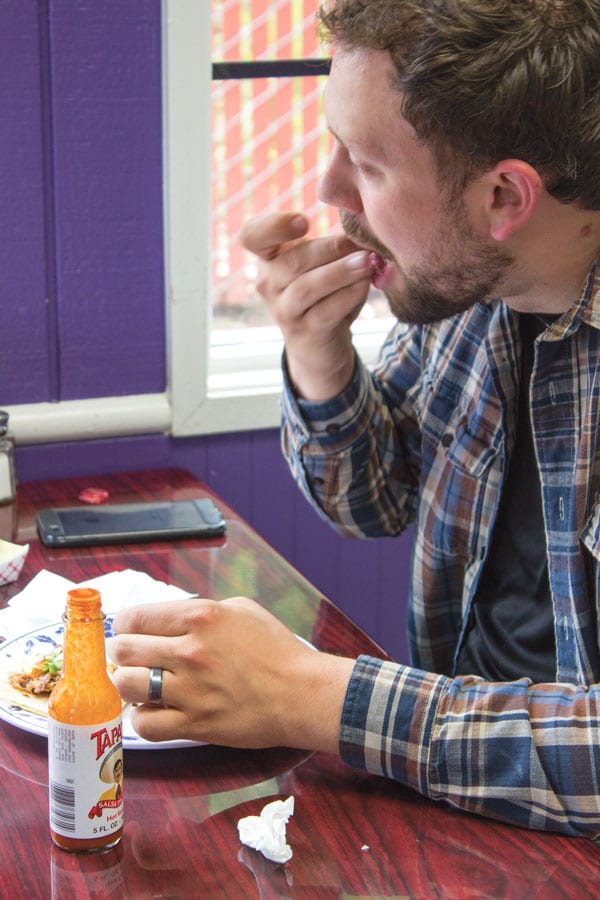 The decor in the restaurant was breathtaking. It was really elegant and there were so many decorations hanging on and from the walls, like the sun and moon; it made you feel a part of Mexico. The details in the booth where the waiter sat me made all the difference from any other restaurant. The waiter was friendly and right away he served me salsa and chips. In the salsa it had cubed pieces of tomato, onion and it had cilantro; it was delicious with the warm chips. When the food came, its beautiful smell took over all my senses, maybe because the plates are pretty large. The waiter told me to be careful because it was hot and he wasn’t kidding, even the plate was really hot. I kept burning my mouth because I couldn’t stop eating the rice and beans. The beans had melted cheese on top, but it gave it a good flavor. The enchilada – three for $9.25 with rice and beans – also had melted cheese as a topping and it was a good combination. The tacos were good and the meat was cooked just right, nothing was burnt. The food at Nuevo Vallarta is slightly more expensive than other places, but they do have a daily special and it’s a place that I would go to again.

Just walking into the building reminded me of my childhood. The piñatas hanging from the ceiling, the bright orange walls and random beautiful decorations make this restaurant unique. There was about a 15 minute line to order and from there it was the same amount of time to get my food served. The way the food was placed on the plate was like art, nothing was out of place. I fell in love as soon as I took the first bite of the enchilada de pollo – two for$10.25 with rice and beans. It was a combination of the chicken, sauce, lettuce and cream that created a harmonious taste. The rice and beans were a great satisfaction, visually as well as tastefully. The tamale also had the right texture, it was soft and the chicken wasn’t dry. I was really looking forward to eating the taco de carne asada, unfortunately my dad got his hands on it first so I assume it tasted good since he didn’t want to give me a bite. The horchata was just right, it wasn’t too watery nor too thick. Although the prices for these dishes may be a little higher than in other places, it’s a really good place to go when you’re looking for authentic Mexican food.