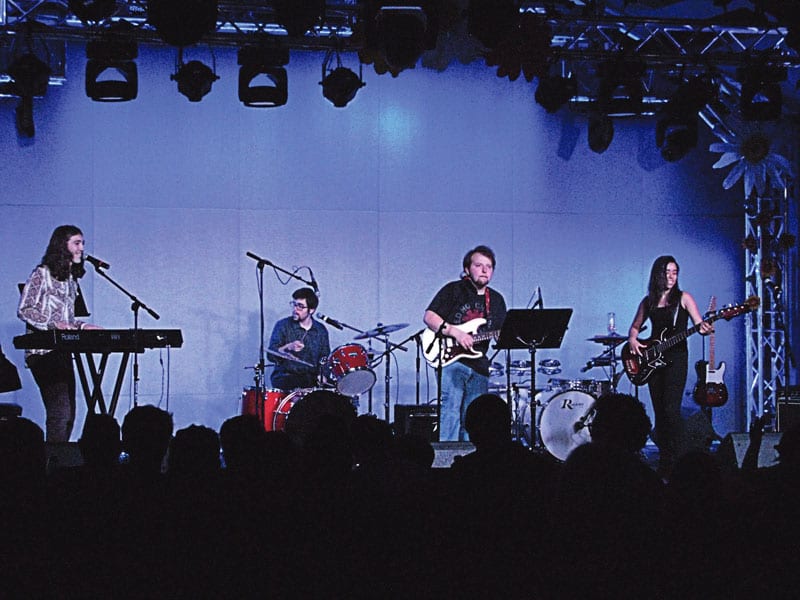 A group of eight adolescents in the back row banged their heads and laughed at the back of the Youth Music Project hall in West Linn.

Andromeda Sun was performing their first song of the night in their hour-long set to more than 90 people. As the band played on, the youths’ heads calmed, and the attention of the eight turned more into a jealous admiration. 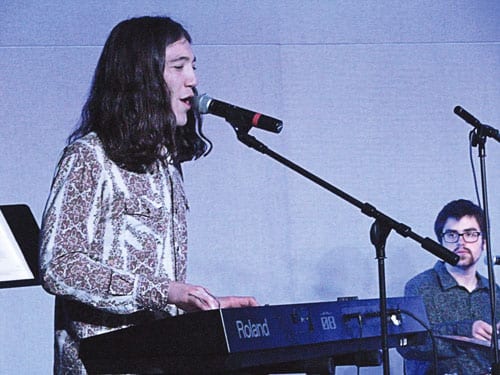 Echoes of the psychedelic era were stamped on their sound. One song was a roadhouse blues drive, and with McCoid singing, it was like a new L.A. Woman coming from the stage. The band also took time to single out influences, with covers from the Beatles and the Grateful Dead.

In an interview before the show, the band explained a bit about their past and the events leading up to the show. Guitarist McCoid and pianist Harris founded the band in 2012.

“We met in high school,” said McCoid. “We started playing together with a piano and an acoustic guitar for months, and writing some songs. One day, we decided to turn to electricpiano and other effects, and going electric. That was a very critical moment of the band. Thinking more rock‘n’roll than coffeehouse acoustic stuff.”

After some soul-searching, the band ended up as the rock act they are now.

Drummer Pellico was a natural addition. 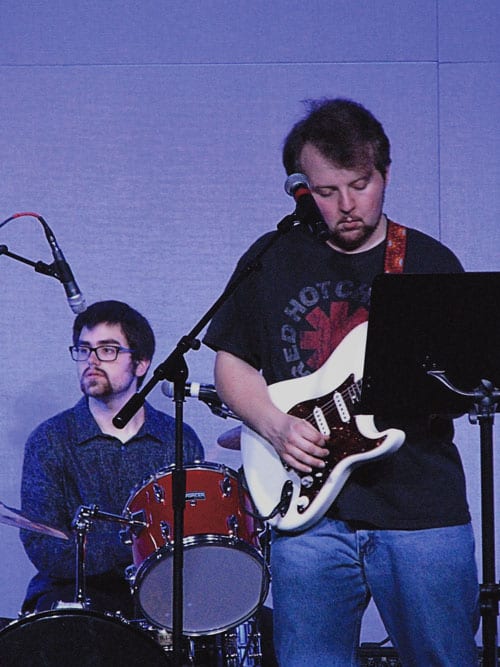 Cowel was a more recent addition to the band, having only joined “about two months” prior, she said.

“It’s cool that Sanya has such a great voice, so now we can do four part harmonies, which is something we’ve been working on lately. This is our first show where we’re all singing,” said Harris.

Cowel said, “That’s not something you see a lot, the four part harmonies.”

Prior bassist Logan Adam did join in for the last song of the show on a second drum set. Pellico said, “We have a second drummer who was our bassist on the album, Logan, but he’s a temporary member for tonight. He quit, but he’s playing with us in honor of him playing on the album.”

During the set, keyboardist Harris unleashed a big grin, and bassistCowel would occasionally look up from her fret board to crack a taciturn smile at the audience. They rocked the house, and they knew it.