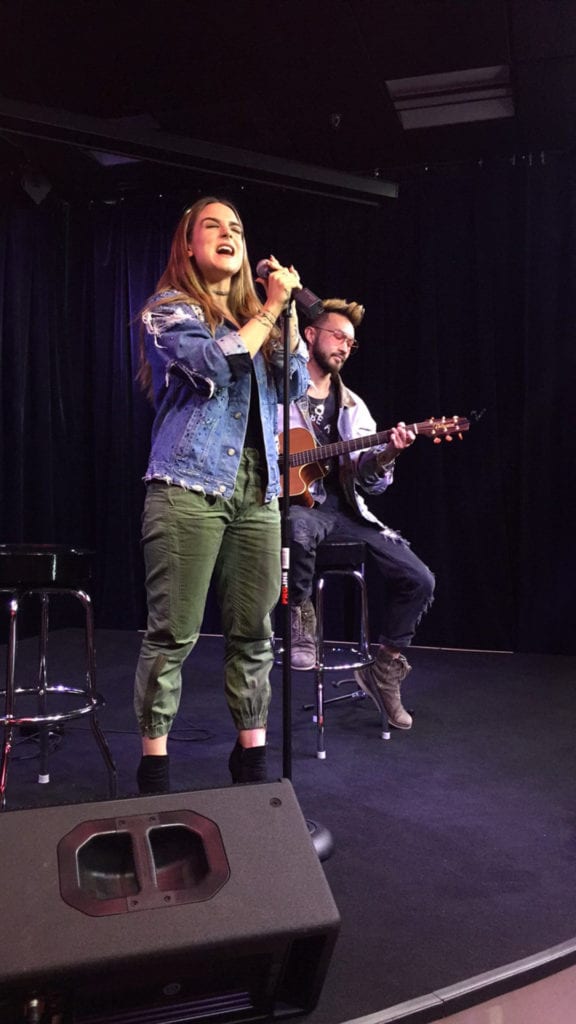 After eating a delicious dinner at Russel Street Bar-B-Que and waiting in the drizzling rain outside the venue, we made it inside to see one of our childhood icons kick off her first U.S. tour in 13 years.

Joanna “JoJo” Levesque, is back in the spotlight touring for her new album “Mad Love,” released Oct. 14 by Atlantic Records. The first leg of the tour kicked off on Jan. 15 in Dublin, Ireland, and continued throughout the United Kingdom for the rest of the month.

The U.S. tour hit the stage Feb. 15 at Portland’s own Wonder Ballroom with a sold-out venue. One of my closest friends bought a ticket to the show as a birthday present for us to attend, being the JoJo fanatics that we are.

We had previously seen JoJo in the Z100 Portland T-Mobile Lounge on Sept. 13, 2016, a day before she was supposed to open at the canceled Fifth Harmony show in Ridgefield, WA, (yes FH, we are STILL mad you canceled that show).

The show began with opener Stanaj, who was decent. But let’s be real — we were definitely at the show to see our queen JoJo. There’s something so nostalgic to see somebody on stage that you listened to when you were in fourth grade. The cult-popularity around hit songs such as “Get Out (Leave)” and “Too Little, Too Late,” kept 20-somethings alike waiting in anticipation to hear her perform.

It honestly felt as though I was with a bunch of my friends and we were all fangirling together. There were a bunch of drunk girls singing together and every so often you would hear a “yas queen” coming from the audience as we all watched JoJo slay the stage. However, at one point there was a crowd-brawl between a mom and a rowdy concert-goer. The mom won.

JoJo began her set with “Clovers,” and then performed a range of songs from the album including “Vibe,” “Like This,” “FAB” and “F**k Apologies,” before closing out the set with “Mad Love” and treating the audience to a special encore.

The songs on “Mad Love” and the performance are definitely more grown-up than what we’ve seen from JoJo in the past. At one point in the show, there was a very lucky audience member, a blindfold and a lap-dance.

There were also many throwbacks performed, such as “Disaster,” “Get Out (Leave)” and “Too Little, Too Late.” The throwback moments were a highlight of the show, where everybody was singing the songs they grew up with and dancing as hard as they could.

“Mad Love” showcases a more mature JoJo, focusing on growth and finding herself. The album has a very different vibe than her previous albums mixing a little EDM with pop. Oh, and JoJo totally busted out Wiz Khalifa’s rap feature during her “F**k Apologies,” might I add.

When the concert was over, I had immediate post-concert depression and I wanted to be back there forever. We bought our tour merch and fangirled all the way home.

The tour continues through May 3 stopping in cities such as Seattle, San Francisco, Los Angeles, Chicago and more.