“Is this the real life? Is this just fantasy?”

In the case of “Bohemian Rhapsody,” the new film that seeks to tell the story of one of the greatest rock bands to ever perform, the answer is a bit of both.

From the very first moments of the film, which briefly depicts lead singer Freddie Mercury’s life before the creation of Queen, and throughout, the movie does not stray away from taking certain liberties. In many cases these liberties are necessary to condense the story as well as make it a tad more family friendly than Mercury’s life truly was. The changes do little to take away from the tale, though. The story stays true to its origins even through many of the darker moments in Mercury’s life.

Paul Prenter, portrayed by Allen Leech, is also featured prominently though his role is much more villainous, serving as one of the stories’ primary antagonists.

Apart from Austin’s inclusion, the movie leans heavily towards Mercury’s gay relationships, choosing to omit some of the heterosexual relationships he had during his lifetime.

Though present, Mercury’s party-centric lifestyle is toned down throughout the film, especially concerning his use of drugs; there are few explicit mentions of those vices, choosing instead to focus less on those specifics and instead on the effect it had in his personal life and as a member of the band.

An especially impressive feat is the performance of the actors. Each member of the cast is believable and accurate to their real-life counterparts. Rami Malek’s performance as Freddie Mercury himself is of special note, as the actor is able to accurately portray Mercury’s flamboyant personality believably.

As is fitting for a movie about a legendary rock band, Queen’s music is featured from the very first moments to the very last. Whether it be reenactments of their first television performance or their greatest concerts, every excuse is used to play another of Queen’s seemingly infinite list of hit songs. The stories of many of their song’s creations are told throughout, including of course, Bohemian Rhapsody, but also songs like We Will Rock You and Love of My Life.

The movie ends with an epic recreation of the Live Aid concert held in July 1985. Widely considered to be one of, if not the, greatest rock concert of all time, Queen’s performance is said to have stolen the show. The show’s depiction in the movie lives up to the original performance, though some of the surrounding events are edited to add dramatic tension to the event. Nevertheless, the final section of the movie is a sight to behold and certainly to be heard.

The epic certainly lives up to the incredible reputation of the band – the movie is a love letter to Queen’s music as much as it is to the man it focuses on. It’s a movie well worth seeing in theaters if only to hear Queen’s music broadcast in the highest quality possible, especially during the movie’s closing act. 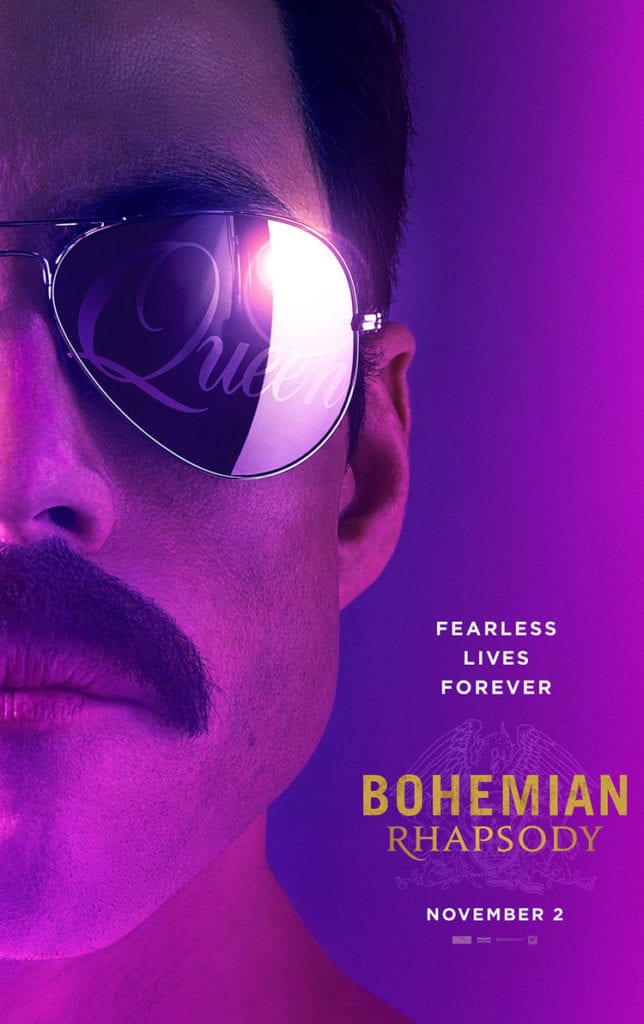 Based on the life of Queen’s lead singer Freddie Mercury, Bohemian Rhapsody explores the journey of the band and some of the struggles Mercury experienced on the road to the legendary Live Aid concert.