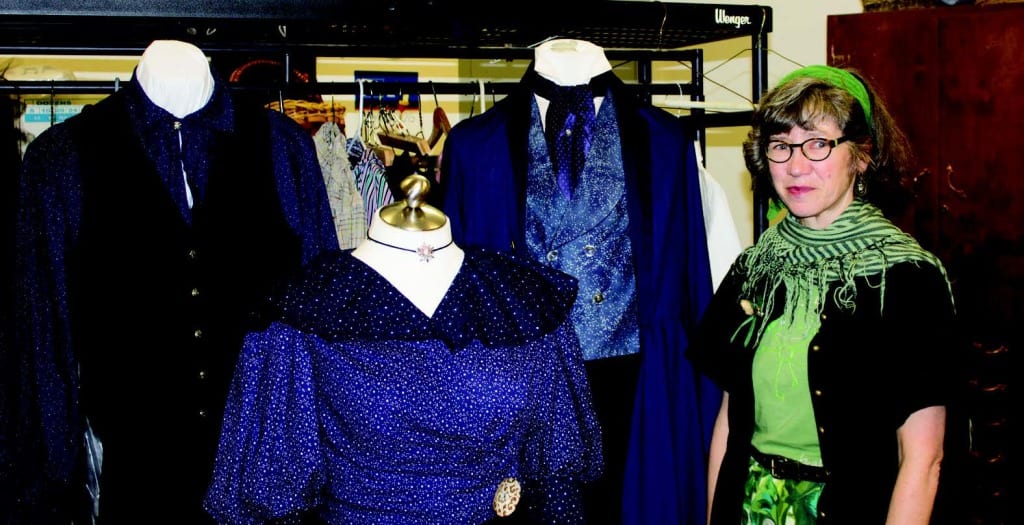 Costumes add an important element to any production; they can help develop characters’ personalities as well as the setting of the story. The person taking on the task of creating the costumes for plays here at Clackamas Community College is Alva Bradford.

Bradford has lived in the Oregon City area her whole life and attended Portland State University. She was involved in theater all the way through high school and college. She mainly worked behind the scenes with sets and costumes. Bradford began to realize her love for costume design during college.

Bradford started her career in costume design with modern dance companies. Creating costumes for dancers rather than actors is extremely
different.

“It’s sort of interesting with modern dance because you have to make sure that everybody can turn upside-down, roll around on the floor, and in comfort and movability,” she explained. Later down the road, when she had started working for Clackamas Repertory  eatre, she brought some of her favorite designs to life. The costumes were for the play “Carousal” in the Backyard of Heaven scene. Although she loved the costumes for that play, the play she enjoyed the most was “A Christmas Carol.”

“We were really inventive on having costumes transform into something else and that was really fun,” she said. Currently she is working on the costumes for the play “Dead Man’s Cellphone,” playing at CCC Nov. 13-23.

“We do a lot of research and think about who the characters are when deciding what they should wear,” Bradford said. Expect more good work from Bradford. Her creative, yet soft-spoken personality makes her a perfect in any production.