Make-outs and break-ups: dating on campus

OPINION: It’s hard to meet someone in any other setting besides on campus when you’re a full time student and you spend the majority of your time in class or buried beneath a pile a homework. But what about having a significant other on campus with you or even having a class with them?

You love spending time with your significant other, but is having a class with them too much time? Clackamas Community College student Natalie Hugo thought so.

“I wouldn’t enjoy it. I’d rather have separate classes than my boyfriend. It’d be too much time spent together,” said Hugo.

I would probably lose my mind if I had a class with my significant other. I like to keep my school life and personal life separate. I can only deal with one at a time.

Kim Edwards said it depends on the relationship. “With Nick it was hard because I knew exactly what he was doing (being unfaithful) and he would still try to hide what was going on,” she said. “But with Gavhyan it’s different because we spend a lot of time together, but give each other enough space to go and have fun with whoever we want without worrying. We have a really good balance that keeps us from getting sick of each other.”

Kind of hard to hide that you’re being unfaithful when you’re both on the same campus every day. Why even try? If you don’t want to be with someone, don’t be with them.

Colleen Hayes had a long term relationship on campus.

“I thought it was good,” she said, even though it had ended. “But I made sure we did some things separately. It’s really easy to spend too much time together.”

I found love birds Julio Arevalo and Kayla Jayne who met in high school and have been going strong for four years now.

“I don’t know, we just get along really well,” said Arevalo when I asked him how they do it.

“Well that, and we are interested in different things so we don’t have the same classes,” Jayne answered.

I see couples on campus holding hands and making out in the hallway one week, then giving each other death glares and cold shoulders the next. I know I purposefully avoid places where I know my ex is going to be, but having that place be a class you share? No thanks.

Dating is something that should be fun, not stressful. Breakups are never easy, but having to see your ex every day makes it so much worse. So if you are going to date, do it off campus. Or at least make sure you don’t have any classes together. 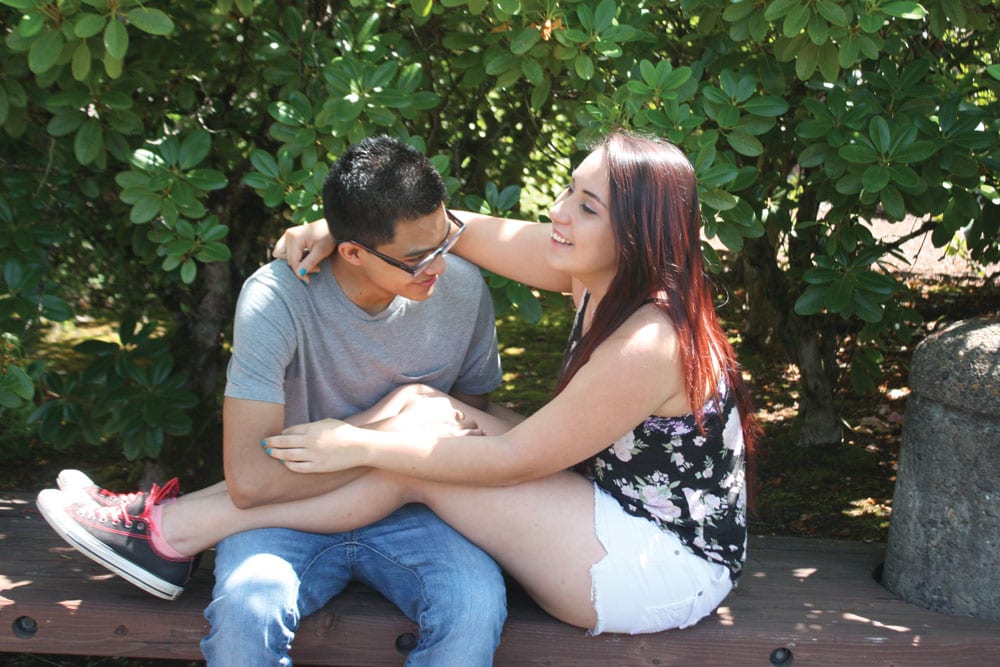 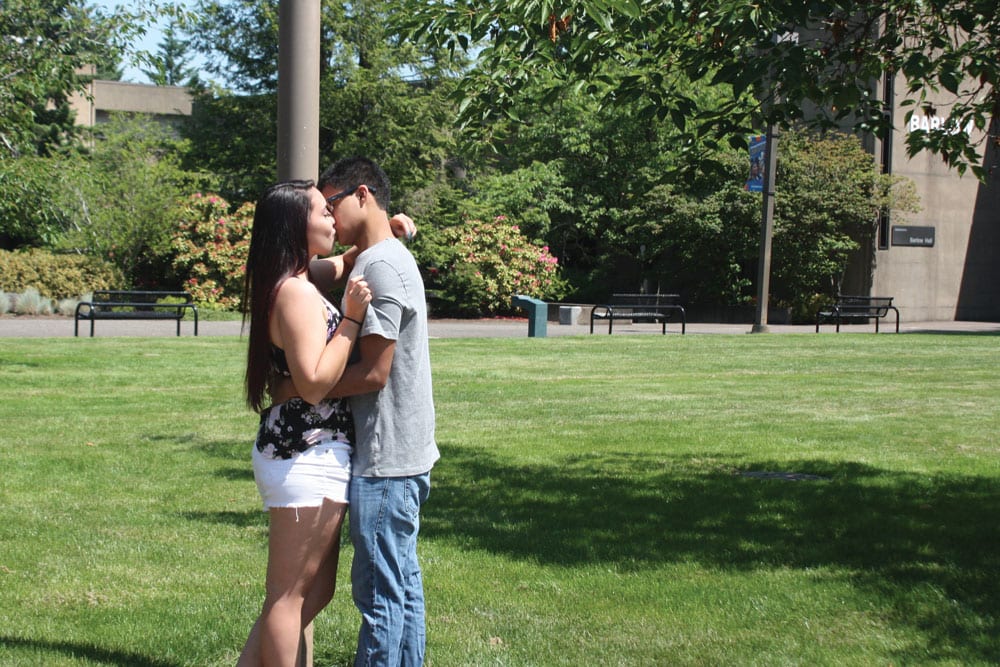 Story and photos by: Amber Fairbanks