Mediocre food at a caviar price

We recently were given the opportunity (and $35 from our instructor) to visit Happy Valley Station,  the new food cart pod, which just opened Nov. 20. It is located on Sunnyside Road and 145th Ave. The place was busy, just as you would think any new food place is. It was so crowded on a recent sunny, cold, Saturday that we had to wait for people to leave to get seats together. The food carts are arranged in a circle around the indoor eating area that boasts a kid play area and alcohol. It looks lovely. There are about 60 parking spots for food carts, with 26 of them filled right now. Here’s what we sampled.

I tried the pad Thai for $8 from Esan Thai Cuisine and it had barely any flavor. I’m afraid that even if I had chosen to go spicier, it would have just masked the blandness with being too hot. I was really upset, as pad Thai is one of my favorite foods.

A boyfriend along for the ride ate from Yaba Yabaa’s for Lebanese cuisine. He ordered a gyro. He thought it was great, however, he likes just about anything.

I got the carne asada fries and swap meat nachos. I couldn’t finish the carne asada fries. I took one bite and set them aside. They were very bland and tasteless. The fries were soggy and the meat was sad. They didn’t look visually appealing either. The nachos, however, were good, just a little spicy, for those of you who like spicy. I paid $8 each for these ‘small’ plates, which seemed a bit much for the quality of the food. Pico de gallo was served with both plates, a fresh, uncooked salad  made from chopped tomato, onion, cilantro, fresh serranos, salt and key lime juice. It was extremely good and my favorite part of the plates.

One of the two carts we liked was iCandy, which sells candy and goodies. The caramel corn was delicious and not a sticky mess. The bags of caramel corn were $8 for a large and $4 for a small. It is worth every penny.

The gelato was the saving grace of the trip. I tried the pomegranate hibiscus and red velvet gelato and they were both delicious. I would highly suggest trying this cart for anyone that decides to venture out and try this new food cart station for themselves. The gelato was priced around $5. 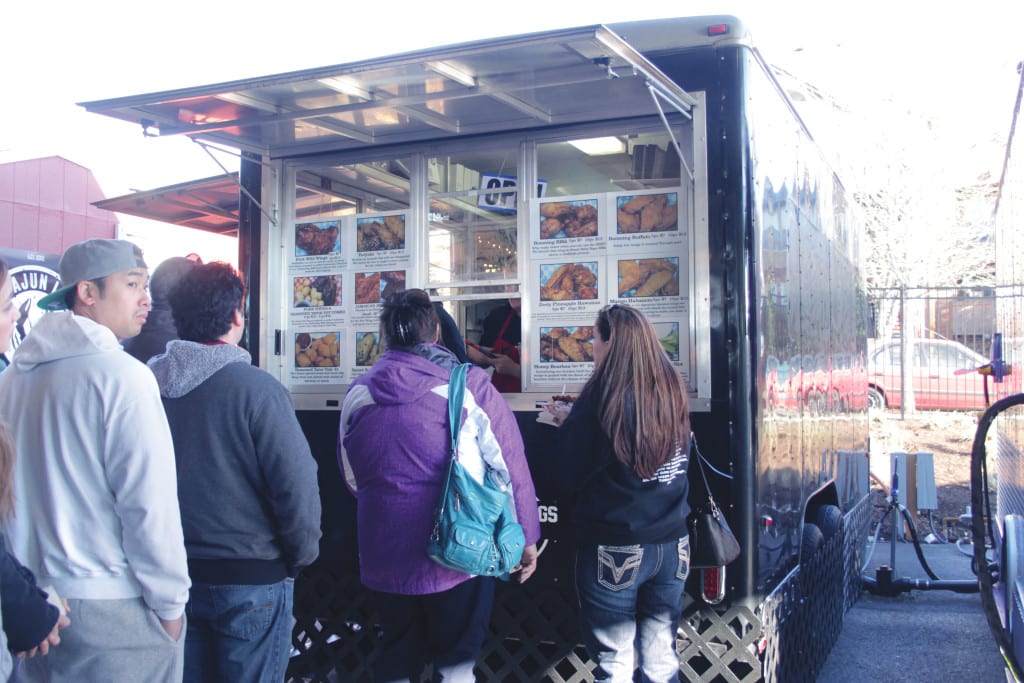 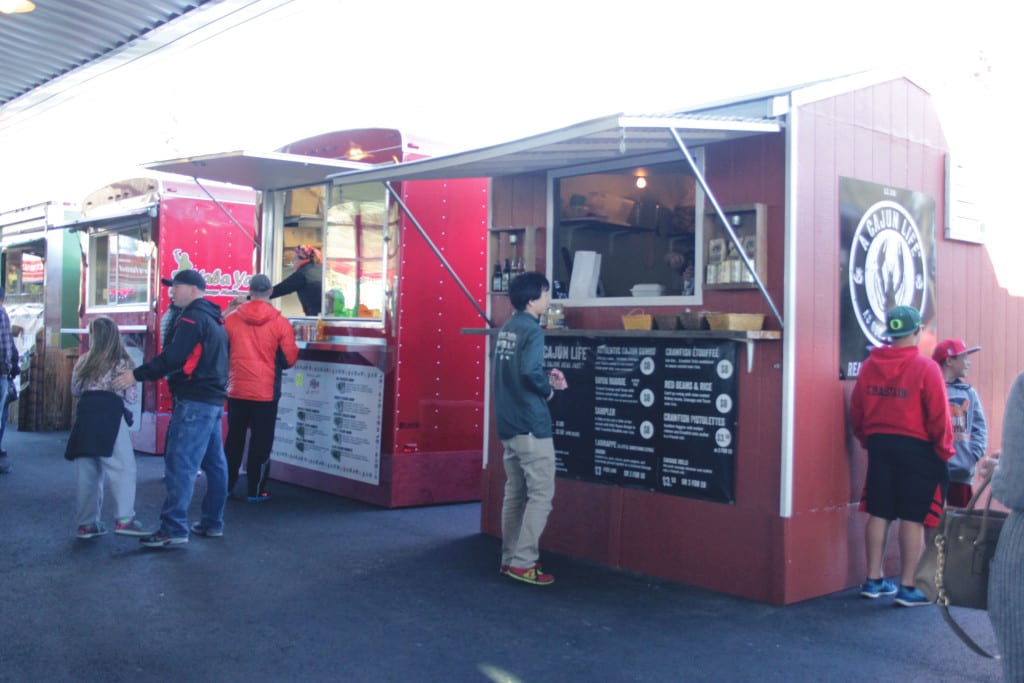 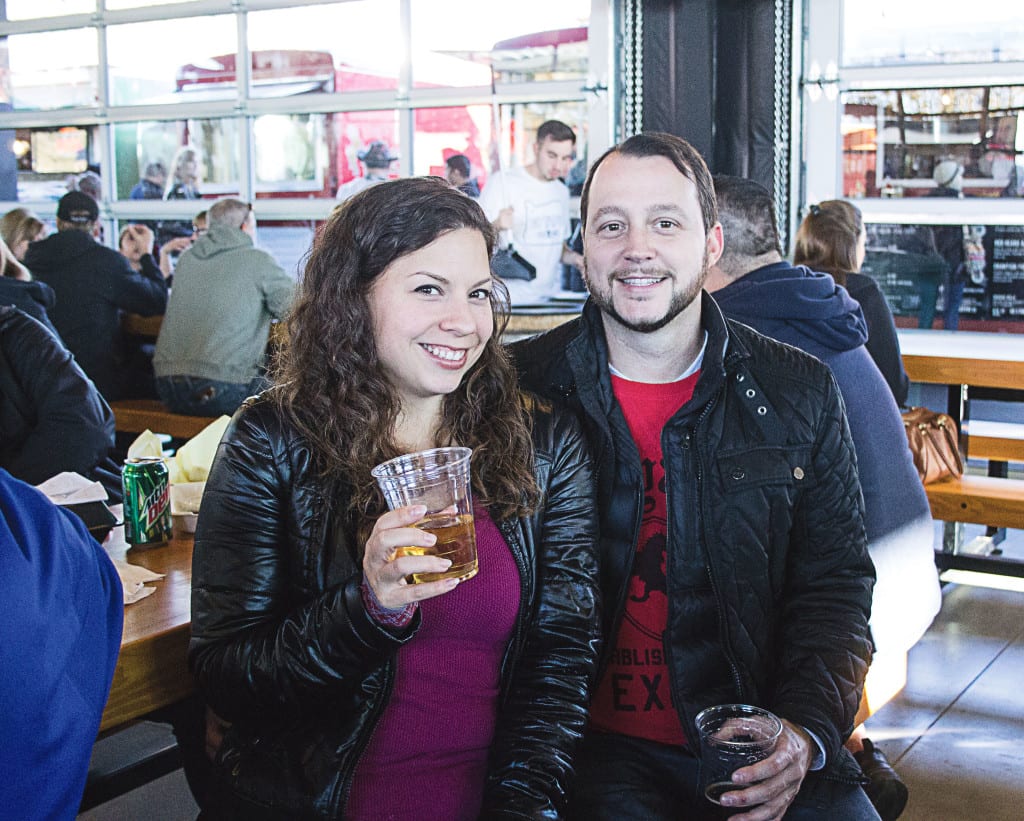 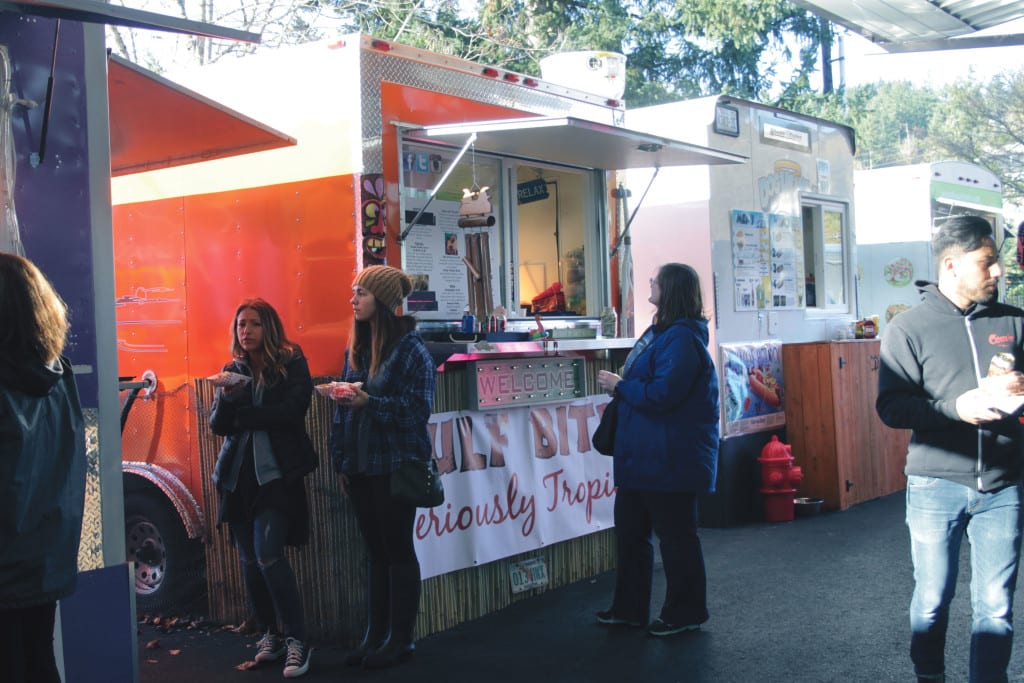