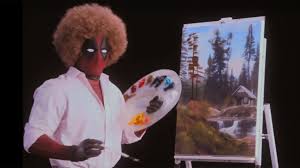 Deadpool took theaters by storm back in February 12 of 2016, and two years later Twentieth Century Fox is looking to hit the jackpot again with Deadpool 2. Offering an ‘R’ rating, folks were shocked to see a superhero movie take such a dark route though few that left the theater were disappointed. Now with the release of Deadpool 2 on May 18, audiences across the nation are reclining in their seats wondering if the merc with a mouth can deliver without the aid of shock factors.

For those that have been following the X-Men films over the years and have stayed loyal to the series, despite the inconsistent timeline and at times poor writing, they will be pleasantly surprised at the inspiration drawn from the X-Men universe. This was only a matter of time as Deadpool’s roots lie deeply in this very universe, and more than one cameo from the mutants is seen throughout the film.

Another notable factor in this films favor is its budget. Deadpool was able to set box office records with a budget of only $58 million, while Deadpool 2 sported a much larger foundation to build on with a budget of $110 million. Thankfully, it’s apparent that every cent of that budget went towards numerous aspects of this film and without such a large budget, the success of this sequel would be questionable. Throughout a good chunk of the movie we see Deadpool without his costume, and Ryan Reynolds is given a chance to express more of Wade Wilson’s character than the computer generated mask can offer which is both welcome and refreshing.

As for story, this movie certainly didn’t attempt to voyage anywhere new. Many film critics raise complaint over love interests and how they detract from the main characters’ progression as well as the story overall, and this is an instance where they have been proven right. We see very little of the quirky relationship between Wade (Deadpool) and Sarah that we saw in the original film, instead we get a very normal and monotonous relationship that doesn’t mesh well with Deadpool’s personality in the slightest. As for Cable (the time traveling son of Cyclops from the future,) Josh Brolin fell short in many areas and lacked a dynamic personality. His dialogue was bland and his presence was not justified as much as it should have been. Despite this, Brolin gets a credibility pass as his performance in Infinity War still stands as one of the most impressive this year.

All in all, Deadpool 2 is certainly entertaining. Plenty of action, crude jokes and body dismemberment for the whole family and I certainly recommend that people see it. Though I would have liked some less lazy writing in certain areas, and I do believe this is slightly less impressive than the first. The path that this has set the X-Men universe on is very interesting and raises a lot of questions; and the movies that follow this should certainly look to touch more upon this neglected group of comic book characters. Reeling in an impressive $125 million in its opening weekend, Wade Wilson and friends are smiling all the way to the bank.