“More Than a Month” documentary at CCC campus 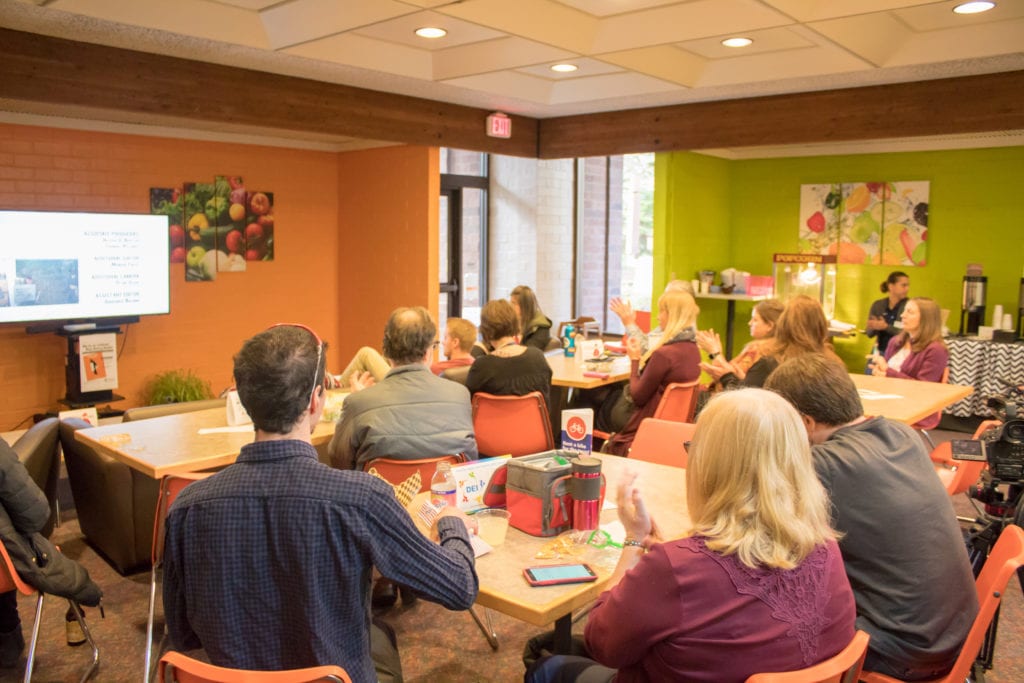 No, he’s not a Klan member. Tilghman is a 20-something black male questioning why black history is reduced to one month out of the year rather than simply being integrated into American history in general.

Tilghman’s documentary “More Than a Month” was shown in the Cougar Café to students and staff on Feb. 20.

The film centers on this issue and shows him traveling to several locations across the country to meet with a variety of people. Those he meets with includes Howard University historian and director of the Association for the Study of African American Life and History Daryl Scott, an advertising firm that specializes in marketing products to black people during black history month and even the Sons of Confederate Veterans, whom Tilghman manages to find many similarities with.

The film was shown by the Multicultural Center at Clackamas Community College with the objective of inspiring dialogue around Black History Month as a whole. Several attendees stayed after to engage in a discussion.

“We did a collaboration with the library, because we wanted to show an educational documentary,” said Daniela Leao, who works with international students at the Multicultural Center. “We wanted to bring a different awareness about the month and each heritage month we try to do either an event or an education program about it.”

Hannah Hitz, also of the Multicultural Center, said, “This one really stuck out to me because it’s such a provocative question: should we end Black History Month? That’s different than normal. I thought it was a good question to pose to a community that’s not used to change, kind of going against the grain.”

Ariane Mabano said the goal of the movie was “to show that BHM should be more than a month and should be included into American history.”

“It should be something that shouldn’t just be limited to like one month of the year and the rest of the time should be forgotten,” Mabano said.

Hitz said, “I didn’t have much of an expectation for who was going to show up. I definitely think there is a bigger population to reach out to.”

Hitz added “Our goal would be continuing this into other months, not just Black History Month.”