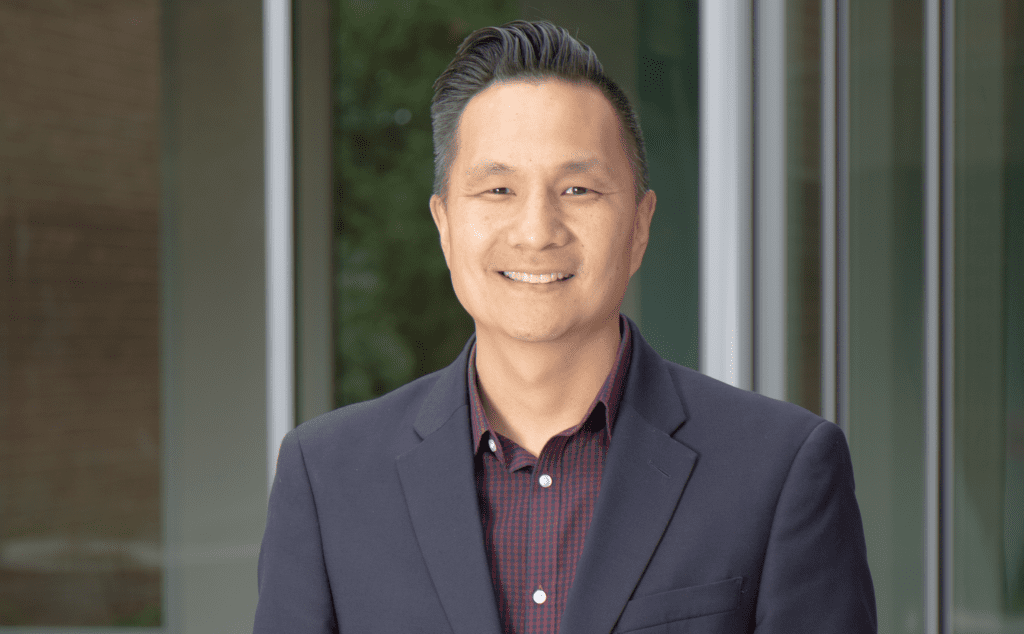 John Chang wants to give you money. As the new executive director of the Clackamas Community College Foundation, Chang’s job is to raise money and give it away to students – in the form of scholarships. The Print sat down with the new director to discuss his background in accounting, how he drinks his coffee and the best donations.

John Chang: I grew up in Portland. My parents immigrated here, then I was quickly born right after that. In every way I’m first gen., if that makes sense. I didn’t come from the college cultured home. I really grew up with very little, even though my parents in Taiwan, in China, actually had great careers. They were in education. But when you come over to the States and you don’t know any English, they had to start over.

TCP: What exactly does the Foundation do?

Chang: What the Foundation does is raise money for scholarships and emergency funds. It helps with transportation issues; students can get textbooks. We also raise support for programs here.

TCP: You have worked in accounting and banking, but you also have a master’s in theological studies.

Chang: I always wanted to explore religion and faith and how did that work in the world. Trying to understand what was the base assumption behind beliefs and values was really the precipice for why I decided this would be good for me, not necessarily for my professional career.

TCP: Do you think that study has helped you in your career?

Chang: What I’ve realized is that when you have an open worldview, you actually become better at whatever it is you’re doing. I wouldn’t say it elevated my career in my professional life as much as it allowed me to be more holistic in my approach to reaching people from different backgrounds.

TCP: Was there an experience in your past or something about your upbringing that instilled the idea of searching out a spiritual equality?

Chang: I think because I’m a person of color, I definitely could say that I had a rough go growing up here in Oregon. And it was faith that allowed me to find both a sense of purpose, but also a sense of value and that skin color couldn’t possibly be the only thing that defined me.

TCP: In your past experience fundraising, have you ever had a day where you’re like, I can’t believe I just got that much money?

Chang: Some of the greatest success stories have been you just were in the right place at the right time. And one of the great, great stories was just having a conversation with somebody who was in a coffee shop. I was in Central Oregon. I’m waiting in line too long for a cup of coffee because the person in front of me is spending hours trying to describe this drink that they want. And all I want is a black cup of coffee. This gentleman behind me, he must have been in his 70s, is also waiting in line. He just like, heavy sighs. And so I tell him, hey, let me buy your cup cause you have been waiting as long as I have. And he was actually going to buy me my cup. And as we were waiting there, he was just describing his business to me. And so we sat and had a cup of coffee and he ended up giving us $1 million for our program one year later.

Chang: Sometimes we define success as we were in the right place at the right time. But you know opportunity does come your way, but you do have to be there.

TCP: Would you say that was your largest success?

Chang: The greatest success story is when a widow gives you $5, because they just believe in what you’re doing. And that $5 versus the $1 million for that probably multimillionaire is nothing. The $5 for the widow who gave you everything they have is probably a meal for them.