New music craze echoes the past 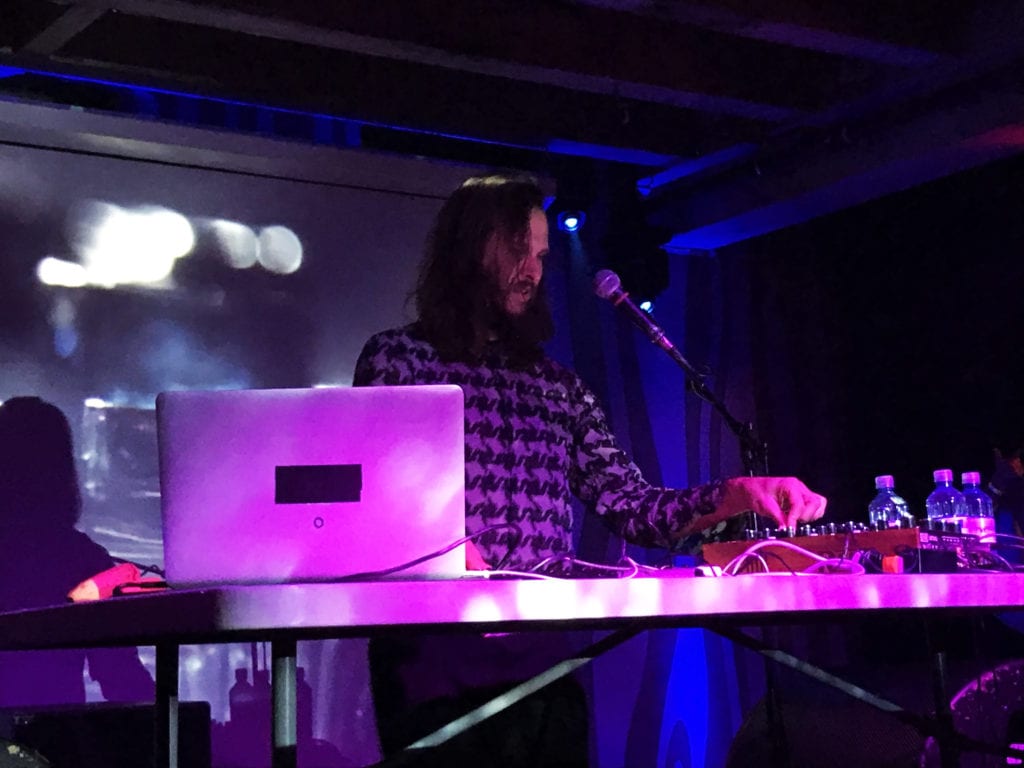 German techno artist Pantha Du Prince preforms at the Doug Fir Lounge on May 28 in Portland.

Story and photo by Sam Weston

Summer concerts are almost upon us and as Portland supplies some of the best live music around, there’s one genre I’m excited to experience once again. Electronic Dance Music, or EDM, is the newest craze of the current generation of this generation known for student debt and ADHD.

If you’re a music fan of any kind, you will have run into this genre at some point on the radio or chatted to that one guy at the party who calls himself a “Basshead.” So why is this rising genre so popular? Why would someone go see a person basically push play and dance around for an hour?

Well, why not ask people who go see classical composers? After all, both structure their performances in a similar manner.

For example, initially, Beethoven and Skrillex do not appear similar. However, both are musicians who do not perform the music themselves, but compose music to be channeled by another medium. As Beethoven guides a violinist to play his creation for him, Skrillex guides his turntables to channel his beats.

Both types of music rely on multiple instruments and musicians to produce the music being played. If you forget the formality of classical compared to today’s EDM scene, EDM is really just today’s classical symphonic music.

EDM, dubstep, trap, house, drum and bass, techno or any number of other names is a craze that has gained much popularity since the ’90s but has its roots as early as the 1930s. Synths and turntables have been used for the creation of electronic sounds for decades now. With an increased use of technology, their presence has increased in our music. It is very hard today to find music that doesn’t include some form of synth or electronic sound.

It was only a matter of time that we began to make music solely with computers and it makes sense as to why. Every sound, drum and beat being made was recorded and cleaned to mimic classical sound. If you listen to the end results of EDM music, you won’t find a better quality sound.

I’m not saying this is a necessarily a good thing, but to understand why this is so widely popular, you must look at music’s obsession with perfection. Pretty much every major artist out there uses some form of voice cleaning/alteration or synth in their music to perfect the sound. This not only makes the music cleaner to listen to but it makes the process easier.

In the documentary “Press Pause Play,” multiple artists, including Moby, explain how today’s music is so much easier to make compared to 10-20 years ago. The software and tools available to everyone make it insanely easy and affordable for anyone to produce a potential billboard hit.

However, just because it’s easy does not mean that all electronic artists, and artists in general, are lazy. There is so much electronic and techno heavy music being made that delves on the brink of being timeless musical hits. ODESZA, Flume, Tycho, Illenium, James Blake, Massive Attack, Moby and Purity Ring are all artists that have utilized this synth electronic style and made music that is not simply the rave/club style of music.