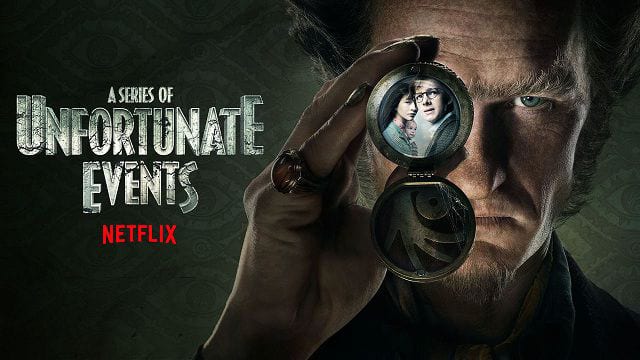 Look away dear readers, I would advise you all to look away, for this story you are about to hear is, in its relationship with happiness, most volatile. A word which here means liable to change rapidly and unpredictably, especially for the worse.

For any who loves the books (who could ever love the tragedy found in them?) the series is a wonderful adaption that captures the horrible tale in a faithful way from the original. It adapts to the small screen in a most theatrical way, but it does have its own take on it all and it introduces a number of new characters to keep fans guessing.

For those unfamiliar, “A Series of Unfortunate Events” was originally written as a series of 13 novels by Lemony Snicket, the nom de plume of Daniel Handler. Strangely enough, rather than serving as just the identity of the author, Lemony appears as the narrator of the books themselves and is employed as a character of his own. It adapts wonderfully to the Netflix series in which he is played by Patrick Warburton.

Each book is split into two episodes. Season one covers the first four books and each episode averages about 40 minutes long, making each book feel like a movie, and the time between episodes feel like an old fashioned interlude.

The show centers around the tragic lives of the Baudelaire children, Violet, Klaus and baby Sunny, played by Malina Weissman, Louis Hynes and Presley Smith, respectively. Their home is consumed in a fire, killing their parents and leaving them as homeless orphans.

They shortly find their ways into hands of the unskilled actor and most diabolical Count Olaf, played by skilled actor Neil Patrick Harris. Of all the characters, it is Harris that drives the show. He is at his cheesiest here, playing a bad actor in every sense of the word and clearly loving his role. He carries that black comedy that defines the book series.

Olaf works the Baudelaire children to the bone, enjoying them being his servants and convincing everyone around them that he’s not evil, nor after the fortune their parents left behind. Over the course of the first two episodes, the Baudelaire children learn his goals and manage to stop him. Getting sent off to live with other relatives when his evil is revealed, he sees this as a little more than a setback and takes every opportunity he can to try and steal their fortune.

Whether you love the books or have never heard of them, “A Series of Unfortunate Events” will keep you entertained for hours, and season two is already confirmed for January 2018, so there is no need to fear getting too attached, nothing bad will happen to the series.