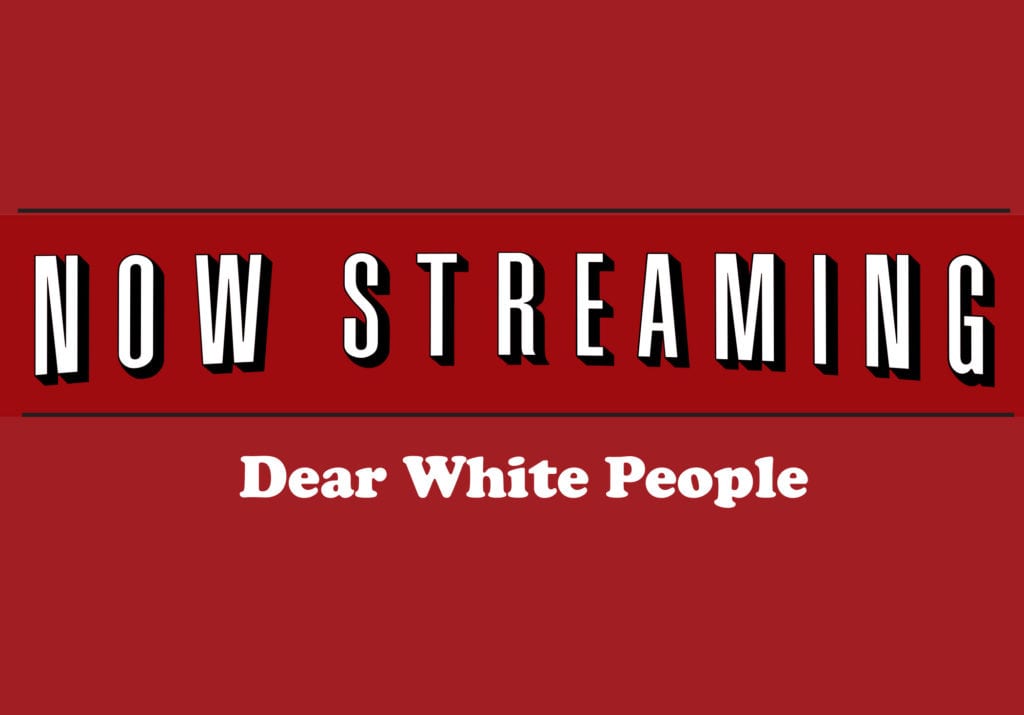 Meet Samantha, Lionel, Troy, Coco and Reggie, the stars of this show and revolutionists of Winchester.

Each person has at least one separate episode that tells their story of how they’ve dealt with the backlash of being black at a primarily white college.

It started with a group of white college students attending a black face party, where the students painted their faces and dressed as Rastafarians, Nicki Minaj and other famous black people. Afterwards, the revolutionists decide to try to wake this campus up; racism is not dead.

Samantha is a huge influence in the revolution and with a loud voice that’s hard to ignore. She tries to wake up Winchester by starting a radio channel titled “Dear White People,” where she points out all the racist things that have been happening to her and other fellow black students on campus.

Lionel is a journalist that goes from a nerdy loner, to popular among his black classmates by sabotaging his own story to help Samantha.

Troy, the son of the dean, is running for college president. “As students of color at Winchester, we’re like this dumpling, a mix of exciting flavors surrounded by bland white dough. But when brought together with love, it can be beautiful,” said Troy while campaigning to all the different ethnic groups on campus.

Coco, Troy’s girlfriend, is the girl that chooses to assimilate, which she calls self-preservation, rather than to stand out. “People take one look at my skin and they assume that I’m poor or uneducated or ratchet, so yeah I tone it down,” said Coco.

Reggie is a trivia master and among one of the most intelligent students at Winchester. At a party, he asks one of his white friends to not sing along to the word “Nigger.” A small fight breaks out between the two and white male cops come to break it up. They ask Reggie if he’s even a student, everyone explains to the cop that he is a student and that this was just a small misunderstanding between friends, including the boy he was fighting with. The cop then asks to see Reggie’s ID and since he doesn’t comply right away, the cop pulled a gun on him.

That was the last straw; this was a black and white issue. But to get it across to everyone on campus, they state that it isn’t. Imagine if two white males were fighting and the cops pulled a gun on them, no one here would feel safe, so imagine how Reggie and the rest of his black friends felt.

In episode VII, they throw in Gabe, Samantha’s white boyfriend, to give a counter argument. He witnessed Samantha and another fellow black woman talking about how she lost getting a scholarship to a white male.

Gabe wanted to yell, “You know what, sometimes people get what they have because they earned it. Just because I happened to be a white male doesn’t automatically mean I’m some asshole.” But instead he just kept his mouth shut.

This series has a lot of difficult controversy. On one side you have to understand that the racist things that are happening to these black students are way worse than hearing, “that rent a cop’s probably eating a bologna sandwich, twiddling his thumbs right now.” But on the other side of it they almost make it seem like it’s okay to bash on all white people because they are the majority group and some of them are racist and not cool.

With our current situation in America, this series just shows what happens to ethnics groups every day. Racism is not dead.