Pixar comes to life at OMSI 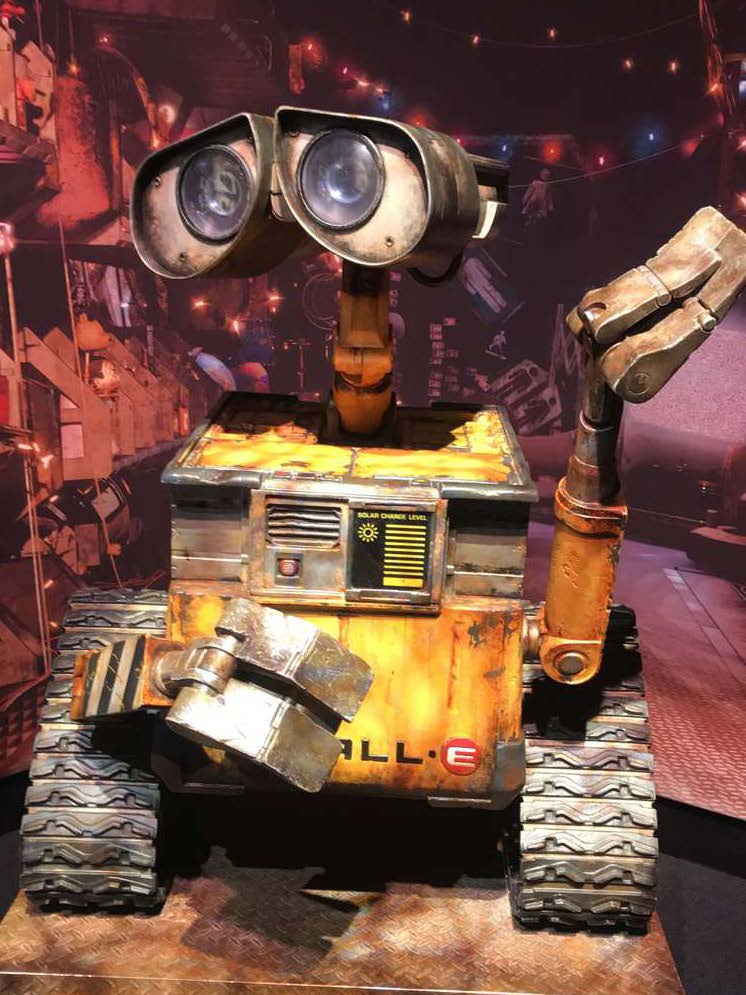 Without a doubt, Pixar is one of the most well-known and loved movie studios in the world. The company’s movies, shorts and other projects have done much not only to shape computer science but the childhoods of multiple generations.

Those two contributions to the world are exactly what the new exhibit at the Oregon Museum of Science and Industry shows off to the public. “The Science Behind Pixar” exhibit is a walk- through experience that shows how a 3D animated film is made from concept to final showing and is filled with hands- on fun for kids and people of all ages.

The traveling exhibit originated in the Museum of Science in Boston and has been making its way around both the country and the world in an American and international form. Its most recent stop in Portland started on Feb. 23 and will remain there until Sept. 2, giving people plenty of time to visit and explore. Being an attraction based on Pixar’s extensive line of family-friendly movies, the exhibit is great to bring children to for a fun for all ages experience, the attraction is already crowded most days with field trip groups and families enjoying it.

Sandy Stahl and her granddaughter came to see the display and both expressed their enjoyment of it. “She really liked it,” Stahl said. “She likes to play with the computers though, and playing with all that.”

The whole experience is a great way to spend time with your younger family members while teaching them about computer science.

But for those fans over 21 who want a less hectic day without kids around, there’s “OMSI After Dark,” a monthly event where adults 21 and over can buy tickets to see the museum without any kids.

“We do them usually on the last Wednesday of every month,” said Ruthie Aldrich, an event organizer and employee at OMSI. “Next month will be ‘Back to the Future’ and it will be March 27, so people will have the option to buy tickets to come see Pixar or just to explore the general museum as well.”

These events can be a great way to get a more calm OMSI experience since the museum can be filled with dozens of kids on nearly every day of the week.

But it’s not just a display for your favorite Pixar properties, as the title suggests, it’s also a showcase for the real world science and computer work that goes into every scene. Many students currently attending CCC for computer science degrees can get a lot out of seeing the real world applications of their work. Not to mention all the other artistic careers given lip service in the exhibit like 3D modelers, animators, sound designers, musician and plenty more. While there’s plenty of fun playful activities for kids there are also more in- depth displays that show the complicated and fascinating processes used in the movies. Along with full interviews of Pixar staff about their jobs and their process.

Students of these fields could learn a lot from “The Science of Pixar,” and get some entertainment out of their day while doing it. As OMSI educator Jennifer Powers said, “Visitors can interact with digital touch screens, get hands-on with physical activities and learn from video stories showcasing Pixar employees and the diverse work they do. Plus, who doesn’t love a good selfie with a larger than life Pixar character?”

A ticket can cost about $21 or more depending on the event package you choose, plus paying for parking, which can be a little steep for a college student on a budget. A few other activities being shut down due to construction, limiting some of your options while there. But “The Science Behind Pixar” is a highly rated experience that many from Portland and beyond are giving positive reviews. So whether you’re looking for a fun day out with your family, or your an old fan looking for a nostalgia trip, everyone can get something out of “The Science Behind Pixar.”