Somewhere in the psychedelic dance party that is the sound of Unknown Mortal Orchestra is a higher ideal than the hedonism you’d expect. On their last album “Multi-Love,” songwriter and frontman Ruban Neilson used dance, disco and polyamory to create a collection of amazing psychedelic rock songs. Their live show on Jan. 30 at Revolution Hall expounded on those themes and proved that UMO isn’t some banal rehash of 1970s lewdness; rather, it’s a brilliant, energy-filled celebration of what rock music is, and what life can be.

Guitar wizard and songwriter Neilson took the stage with his band at 10:30, after the fine opening act Lower Dens. UMO set the standard at virtuoso level instantly with a 30-second jazz rock improvisation. From there, the band exploded into the second single and hit from last year’s “Multi-Love,” the disco-inspired “Can’t Keep Checking My Phone.” After charging through the pop track, Neilson took a
five-minute guitar solo as electrifying as any other master’s. The crowd screamed ecstasy at every moment of suspense. When Neilson brought the solo up to the guitar’s highest fret and came to the edge of the stage, the cheers got just as high as the notes he played.

This kind of cheer just kept coming back. Frontman Neilson’s stage presence is like an updated Prince. He dives and conducts the band with a guitar that’s only hung on his right shoulder, not over his body like most guitarists. His spins and turns launched the band through songs like the three players were choreographed to his movements.

Neilson played on two guitars for the evening, notably a sitar-guitar, an electric guitar with a set of sympathetic strings (sympathetic strings are tuned to resonate with the vibrations of the guitar) and a buzzing bridge on the instrument. Neilson used the sitar-guitar rarely, but its texture is reminiscent of early psychedelic a la “Norwegian Wood” or “Paint it Black.”

Neilson joked on Twitter the day before the concert that “the guys in my band play weirdly well sometimes its weird [sic]”. His tongue-in-cheek tweet was barely a joke. Drummer Riley Geare brought a driving energy to the live show not present on UMO’s recorded work. Quincy McCrary, the keyboardist, played with a jazz player’s knowledge of harmonies and theory. The players all seem jazz informed, with Neilson and McCrary playing jazz voicing of chords far more often than the simple major or minor chords preferred by most rock musicians.

Instrumental excellence aside, the band found moments to jam with the crowd throughout the concert. Neilson put his guitar down for a song and danced in the audience. He waved his arms enough to get the crowd fanning him down (Wayne’s World’s “We are not worthy!”), then retreated to a different part of the crowd to do it again. The band spurred the audience on, clapping in time during each other solos and getting close enough for the concertgoers to reach out and grovel at their feet. Maybe coming home to Portland just put the band in a good mood, but they were awesomely amicable to the audience.

With beers in hand, the audience cheered out at UMO, and that was pretty much the only thing they all had in common. All walks made it out to the concert. There were young dudes in black with ripped denim jackets, middle-aged rockers, girls with horn-rimmed glasses and the gentry of white suburbia. The rich suburbanites were confined to the balcony for everyone’s peace of mind, of course.

An introverted album preluded this concert. 2015’s “Multi-Love” found Neilson tortured by dual lovers. At UMO’s concert at Revolution Hall though, the only loves he seemed to be concerned with were love of music, and his love of performing.

THREE SONGS TO CHECK OUT:
“Can’t Keep Checking My Phone,” off the album “Multi-Love.”
What: A disco-infused pop track about a distant lover.
Why: The most singularly catchy moment on “Multi-Love,” Neilson sweats out his love induced anxiety in this pop tune.

“Puzzles,” off the album “Multi-Love.”
What: A Hendrix inspired psych track.
Why: Panned by some critics, “Puzzles” is really a great moment of rock music and an excellent palate cleanser after the pop album.

“From the Sun,” off the album “II.”
What: A low-fi psychedelic tune.
Why: Neilson’s guitar playing is in top form on this tune, with a fantastic guitar solo and complex jazz chord voicings 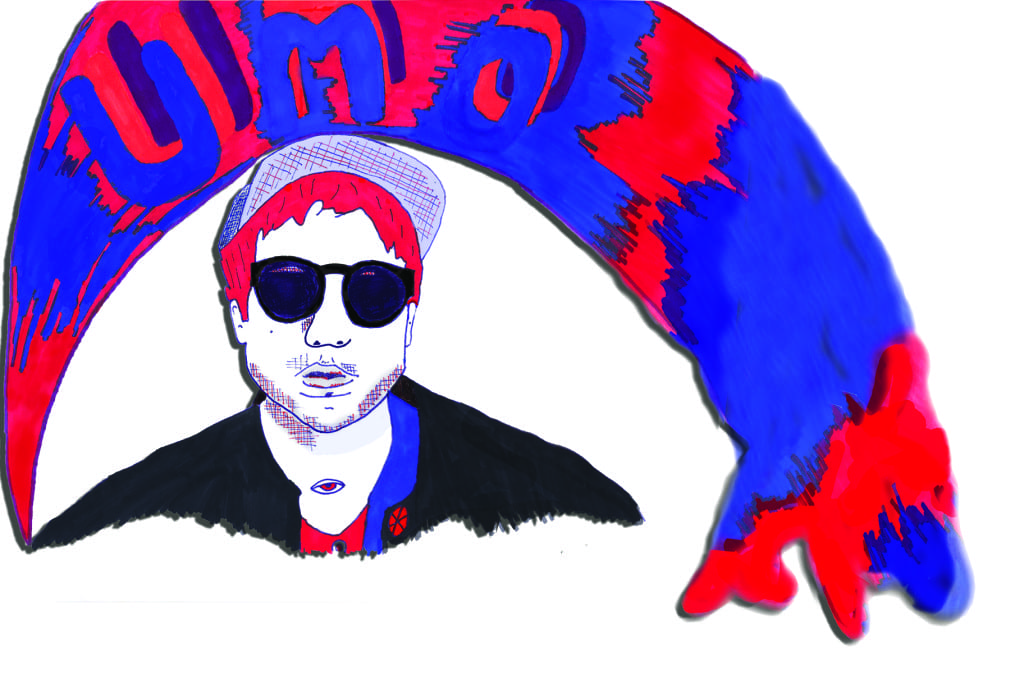