Quentin Tarantino’s new film “The Hateful Eight” opened on Christmas Eve at the Hollywood Theatre, it was as lewd and as lovely a gift as anyone could have asked for.

Tarantino’s aptly named eighth film is a masterwork western of a director in his prime. It has all the prerequisites to be dubbed an epic a la Sergio Leone. The roadshow presentation at the Hollywood featured 70 mm film projection with an overture and intermission. It has an original score from Ennio Morricone, the composer behind the score of the classic “The Good, The Bad, and the Ugly” and dozens of other films. The longer roadshow version shown at the Hollywood runs for 3 hours, 7 minutes, in contrast with the 2 hours, 47 minute digital version shown at multiplexes.

Still, “The Hateful Eight” is not an epic western.

The film has far more in common with the earlier Tarantino movie “Reservoir Dogs” than it does “Django Unchained” or the classic epic westerns Tarantino pays homage to in the film. Instead of playing out an Odysseus quest, the ten hateful characters play out the main action inside a cabin named Minnie’s Haberdashery. The occupants are trapped by a blizzard while en route to the fictional town of Red Rock, Wyoming.

Inside the cabin a sort of whodunit ensues. Kurt Russell plays John ‘The Hangman’ Ruth, a bounty hunter famous for bringing his bounties in alive to hang. He is escorting a woman named Daisy Domergue to the town of Red Rock to collect the $ 10,000 bounty on her head. Ruth suspects nearly every person in the cabin of being a conspirator to free Domergue, and when a murderer strikes, chaos breaks out as they all vie for her life.

Unsurprisingly, the film’s main discourse is on race. Tarantino has incited controversy lately with his police protest in New York City and his comments on the murder of blacks in America. These actions seem to prelude the conversation on race in “The Hateful Eight”.

Tarantino is never a cryptic filmmaker. He explicitly lectures us on race with devices of title cards and clear subtext. The focal point of the conversations is Major Marquis Warren, portrayed by Samuel L. Jackson. In “The Hateful Eight”, Major Marquis Warren is the lone black man in the group of white folk. Surrounded by racist whites who love to spurt racist epithets at him, Warren keeps his cool to survive and play against the whites.

Nothing translates Tarantino’s message better than the sixth and final title card of the film: “Black Man, White Hell.” Marquis Warren is not only surviving a blizzard outside, but the hatred and disdain of the white folk around him. Case in point, Warren carries a fake letter from Abraham Lincoln in his breast pocket. When the forgery is exposed, Warren explains to Ruth that he is forced to carry the letter in order for whites to trust him.

He succeeds in killing an old confederate general, after one of the greatest monologues ever put to screen, and making an ally out of the racist confederate militiaman Sheriff Chris Mannix, played by Walter Goggins. Warren is no saint in the film, but he is the protagonist who carries Tarantino’s message on black life in America.

The Hateful Eight will continue to show on 70 mm film at the Hollywood theater through at least Jan. 21. It is also showing in digital formats at multiplex theaters around the city. 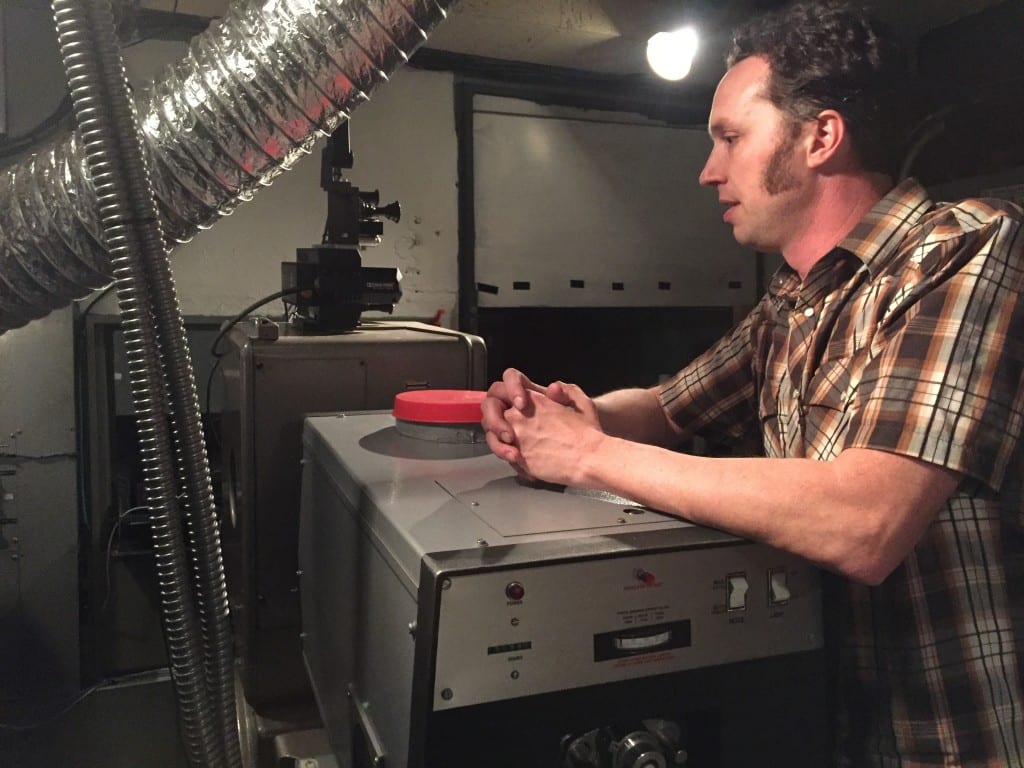