Smithsonian Institution opens “The Art of the Qur’an” 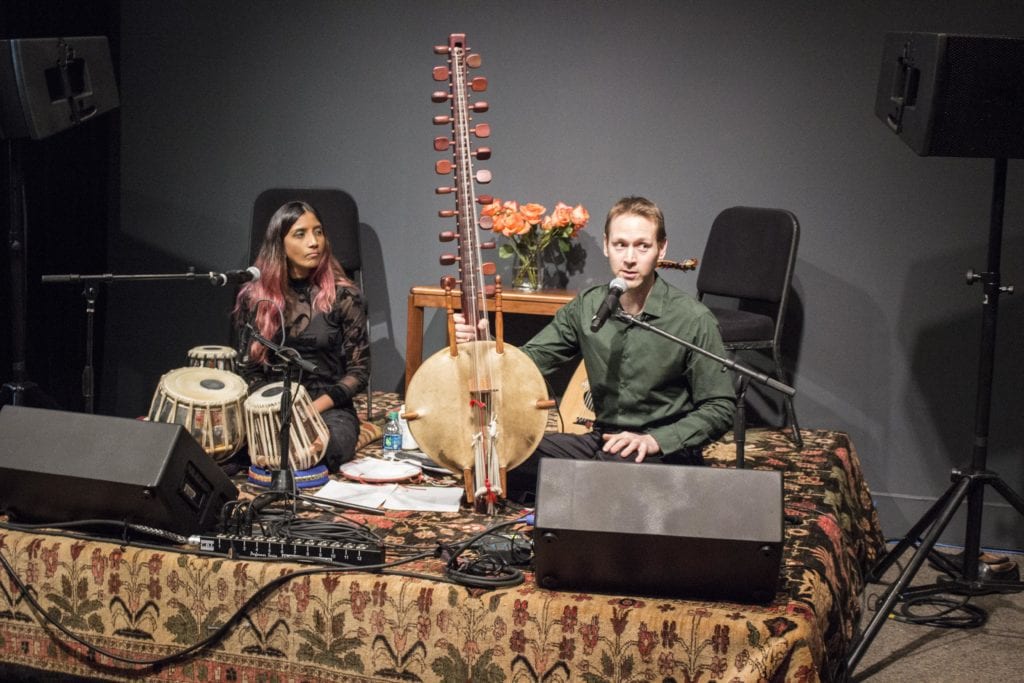 The world’s largest museum now has an entire exhibit dedicated to a single book.

But for Muslims, and as visitors quickly come to understand, the Qur’an is not just a book.

“The Art of the Qur’an,” which opened on Oct. 22 in the Sackler Gallery in Washington, D.C., featured manuscripts of the Qur’an, which the Muslims believe to be the Word of God. Some were oversized, and they spanned from the early eighth century to the seventeenth.

“This is an amazing human feat, both in creation and in preservation. Many of them are actual Qur’ans, are excerpts from the Qur’an or have some kind of Qur’anic chapter or verse embedded in them,” said Kane Mathis, who performed at the opening.

In honor of the Qur’an being first an oral tradition, musicians from New York City, Mathis and Roshni Samlal, led a musical storytelling presentation to help contextualize the exhibit for visitors.

“It’s reported that the angel Gabriel told Muhammad, ‘Aqra,’ which means ‘Read.’ And Muhammad said, ‘What shall I read?’ because at the time he was neither reading nor writing,” said Mathis to the crowd that had gathered for the opening. “But [Gabriel] just said to him, ‘Aqra.’

“And then it said that the angel Gabriel took Muhammad, they said squeezing him, until he feared for his life or until he felt like the breath was going to go out of his body, and thus began the revelation—the direct transmission from the angel Gabriel to the prophet Muhammad that would become The Holy Qur’an, which you’re going to see many great examples of,” said Mathis.

The musicians went on to play music using the tabla, a drum; the kora, a West African harp with 22 strings; and the oud, which is a Turkish lute. The oud, coming from the Middle East, is a part of the modal music of that region. Some of the music that Samlal and Mathis played was similar to scales that people of the region would hear for the call to prayer, which is an important part of Islamic daily life, according to Mathis.

The manuscripts are not merely words. The beauty of the Qur’an lies in the ornamentation of the pages in the form of calligraphy and illumination.

Calligraphy is “an art and a form of penmanship,” said Ani Ahmed, a calligraphy student who attended the opening with her daughter. Most copies of the Qur’an in the homes of Muslims are simply printed copies. But Ahmed, who had assured her daughter that she would not be disappointed in attending the opening, described the beauty in the pages on display.

“A lot of us, people who are learning calligraphy, believe there’s a spiritual aspect to it,” Ahmed said. “So there’s actually a life, like a soul, to the piece. It’s more intimate. You can almost feel the soul of the calligrapher in a sense. That’s what real calligraphy is supposed to do: it’s supposed to touch your soul.”

Likewise, illumination, which means “ornamented in gold,” is the artistic embellishment that accompanies the calligraphy on the manuscripts. Master calligrapher Mohamed Zakariya, who spoke at the opening, encouraged visitors to look at the pieces from different viewpoints.

“Walk at them from every angle, and you will see the effect that the gold has,” said Zakariya. “It’s the most magnificent color. It’s a pigment, it’s a color. Every position you pick is going to reflect differently, and it’s a wonderful alteration in the light that comes out of the page.”

People of every age and ethnic background attended the celebration. Amaan Bhanji, a young student who attended the gallery with his religious class, reflected on the significance of the Qur’an in his life.

“It shows me guidance for religion. It leads me on the right path,” said Bhanji. “I have a Qur’an at my house, so when I look at it I see small writing, but this, it blew it up, so it’s cooler.”