Sonic the Hedgehog hit theaters this past weekend 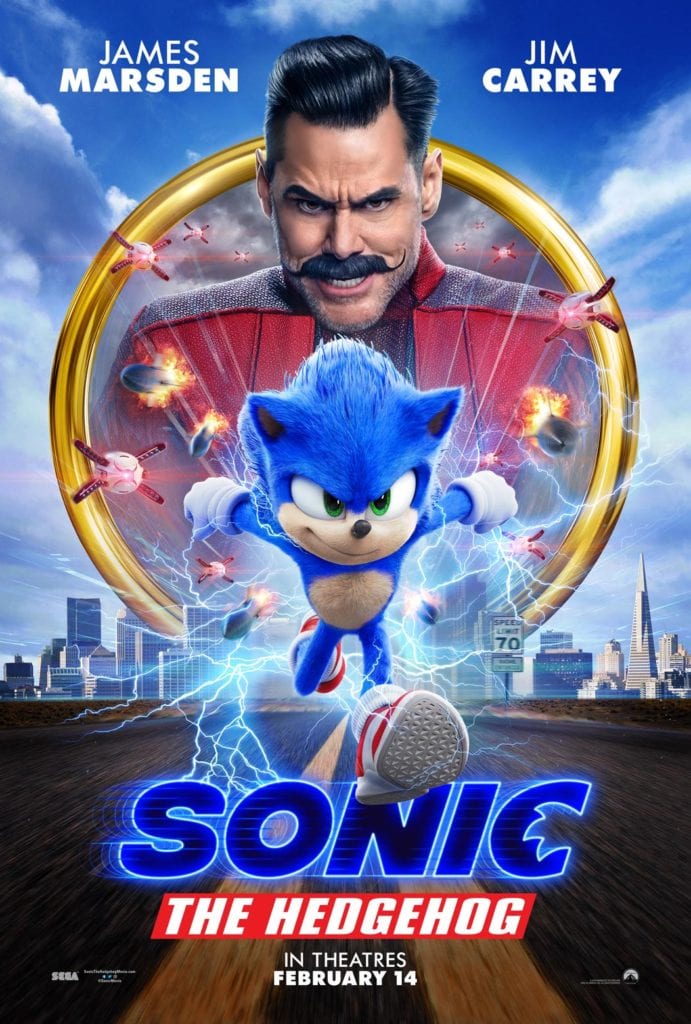 “Everyone wants to live the fast life, and not many movies scratch that itch better than “Sonic The Hedgehog.” If you love the feeling of nostalgia or that giddy feeling you had as a child, then you’re going to love “Sonic the Hedgehog.”

The movie consistently keeps viewers engaged within the story, and if you’re already a fan of the blue streak, then you will find plenty of references to his extensive past. There are quite a few changes to what was already established about his identity through the years, but there are no drastic alterations. Regardless, it is still a great movie that anyone can enjoy whether you’re a die-hard Sonic fan, played one or two of the games when you were a kid or you just want to have a laugh and got mixed up with the Sonic fast-food chain.

If you were on the internet anytime in the past year, you may have heard about the controversy over the blue hedgehog’s original appearance which got people so riled up the studio pushed the movie’s release back almost a full year so they could make necessary alterations. Needless to say, fans were pleased that for once a movie studio listened to what they had to say. Sadly, the animation studio that cleaned up the original mess of a design, Moving Picture Company’s Vancouver-based location, had to close from marketing pressure. The movie is a great take on the classic tale of two out of the ordinary”

“individuals being forced to work together and becoming the unlikeliest of friends along the way. They fight, they laugh, they sing and they save the world along the way, and while Sonic portrayed by Ben Schwartz, is the star of the movie, it is Jim Carrey who plays the infamous Dr. Robotnik, aka Doctor Eggman who will steal your heart with his portrayal of the villain.”

“Carrey is well known for his over-the-top roles and method acting, which fits perfectly into a movie about a hedgehog who can run around at the speed of sound, taking the doctor to a whole new level of insane. Most movies based on video games end in a burning heap of failure, ie; “DOOM,” “Mortal Kombat,” “Super Mario Bros.” According to Box Office Mojo, “Sonic The Hedgehog” somehow was able to pull off a blockbuster opening weekend, raking in around $57 million over its Friday to Sunday run, beating out “Detective Pikachu” for biggest debut of a video game movie. It’s a great family-friendly movie that everyone can enjoy and as soon as the movie starts, the blue blur will race his way into your heart with his witty remarks, tragic past, and a kick-butt attitude. While you still can, race your way to the theater to see this cinematic gem.”