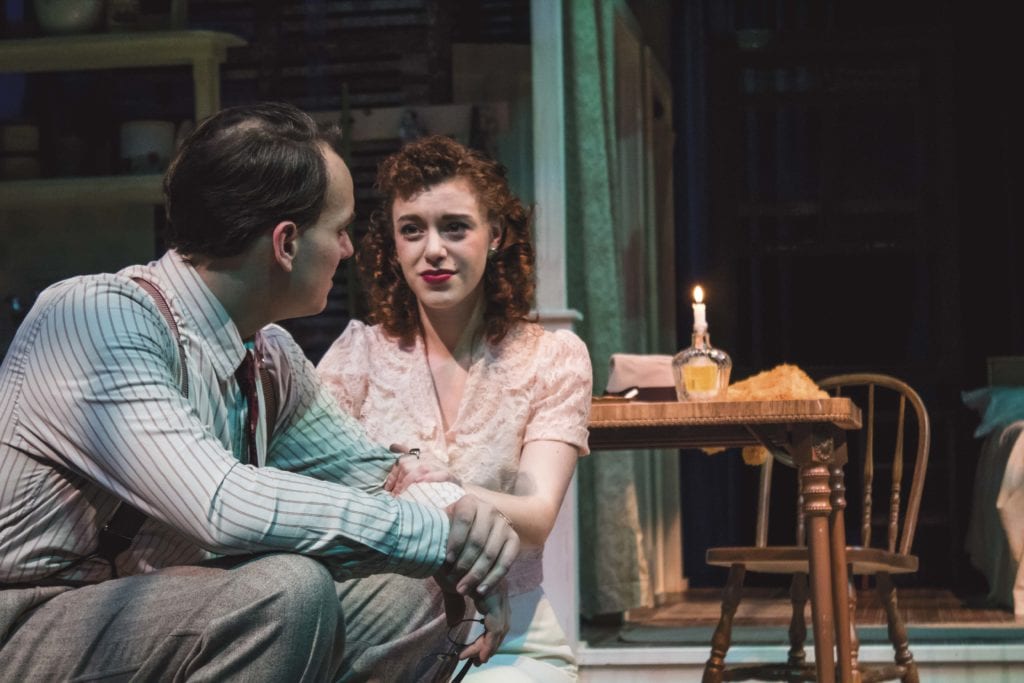 Throughout the short history of literature in the United States, many prominent figures have taken their turn in the spotlight. From Mark Twain’s unapologetic use of the vernacular of his time to Edgar Allan Poe’s focus on short dark poetry, there are examples of great American writers in nearly every conceivable genre.

Theatre is no exception. One of the greatest examples is Tennessee Williams’ “A Streetcar Named Desire.” Known for both its Broadway production and its Academy Award-winning film adaptation, the play helped launch the careers of several well-known actors, including Marlon Brando, who would later become universally famous for his role as Vito Corleone in “The Godfather,” and Jessica Tandy, known for her supporting role in Alfred Hitchcock’s “The Birds,” and as the titular character in “Driving Miss Daisy.”

For its inaugural play for the 2017-2018 season, the Clackamas Community College Theatre Arts Department chose to perform “Streetcar.” Opening night, which took place on Nov. 9, highlighted the work the department put into the creation and portrayal of this play.

“This was a really quick turnaround from the beginning of the term,” said James Eikrem, the director of the play. “We have less time to put up our productions in the fall. Rehearsals have been a bit longer, and there have been many additional hours put into constructing a massive and impressive, beautiful set.”

When entering the theater, the set was truly striking. Depicting the apartment that acts as the setting of “Streetcar,” the theater crew went to great lengths to recreate the aesthetic of 1940s New Orleans. From the bottles of Jax beer that the cast can be seen drinking from during different scenes throughout the play, to the refrigerator, hand carved and modeled after one appropriate for the time, the crew succeeded wonderfully in constructing the multi-story set.

Beyond the set itself, some effort was taken to allow the actors to perfect the accents that would be appropriate for the region.

“New Orleans was atypical for the South,” said Eikrem. “In all the research I’ve done, the New Orleans accent is more like a New York City accent than it is what you would imagine a typical Southern accent would be like.”

The work appears to have paid off, as each actor was able to effectively showcase his or her respective accent without any apparent difficulty. This, combined with the set design, helped successfully portray the small section of New Orleans that acts as the setting for the play.

A very noticeable aspect of the production is the lighting used during various sections of the play. From one moment of the play to the next, it is used to portray time of day, the tone of a scene, and even lightning in one scene. A recurring element found at various points is a small paper lantern that the protagonist, Blanche DuBois, portrayed by CCC student Allison Andresen, places over a lightbulb hanging in one of the rooms of the small apartment. Adam Brown, the assistant stage manager, pointed to this element as something to watch throughout the play.

“I think the coolest part about that little tidbit is how symbolically it shows the magic that Blanche sees the world through, and to watch whenever that lantern moves,” he said. “It’s a pretty powerful moment in the show.”

Beyond the difficulty of successfully portraying 1940s New Orleans on stage today, the cast faced another challenge in simply taking on the play itself, one that is so well known across multiple media.

“This play is regarded as Tennessee Williams’ best play,” said Billy McLendon, who portrays Harold ‘Mitch” Mitchell. “It’s certainly one of his most famous. Everyone knows, at least peripherally, ‘A Streetcar Named Desire.’ A lot of people associate it with Marlon Brando, and with really having his career take off in the role of Stanley, and that has certainly added a level of pressure, where we really want to do this show justice, we really want to have a good show and have the people that come see it say, ‘I saw A Streetcar Named Desire, and it was amazing.’”

Despite that pressure, the actors succeeded magnificently. The most noteworthy performance is from Sten Eikrem, the son of director James Eikrem, who portrays Stanley Kowalski. His portrayal of the character’s emotional range is striking, and he truly captures the rage felt by Stanley during some of the play’s darker moments.