When people think of ghosts, they usually think of scary, paranormal beings that come to haunt you. On this stage, the ghosts simply like to chill, vibe and listen to ‘80s dance music.

Sydney Palmer stars as the Ghost, who is attached to a living girl named Ronnie, played by  Hannah Jacobs. Ghost’s intentions with Ronnie are not ill-intended, but she wants to have real experiences – especially with her suitor, Jean-Pierre, played by Grant Christnacht. When Ghost lets her obsessions get out of control, the problems start to grow.

The story of the play resembled the importance of wise-decision making and the effects of obsession and death. 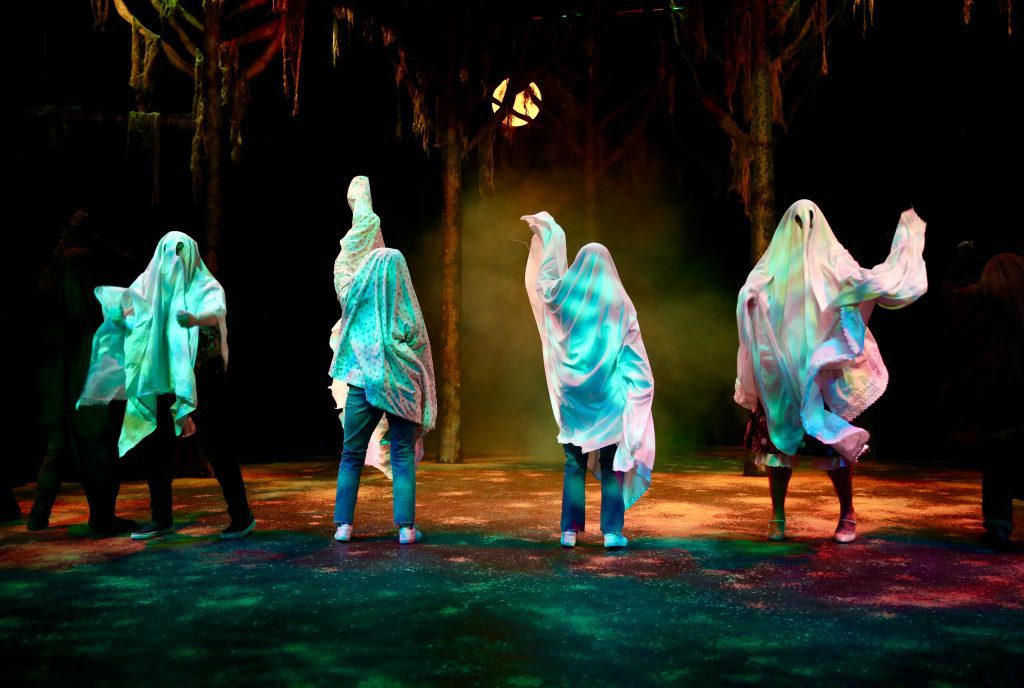 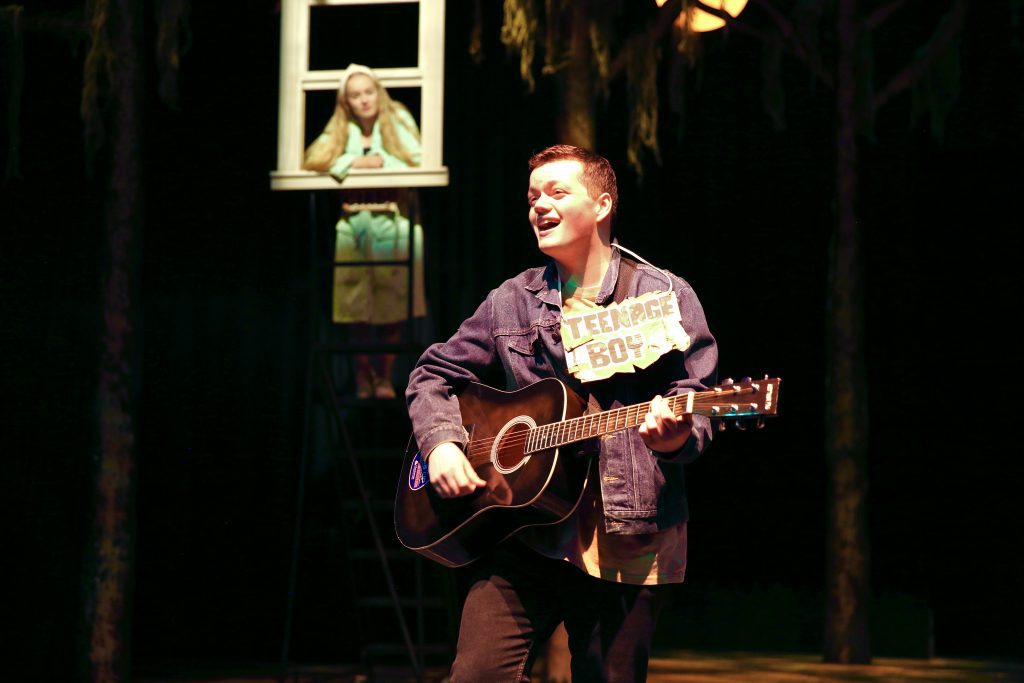 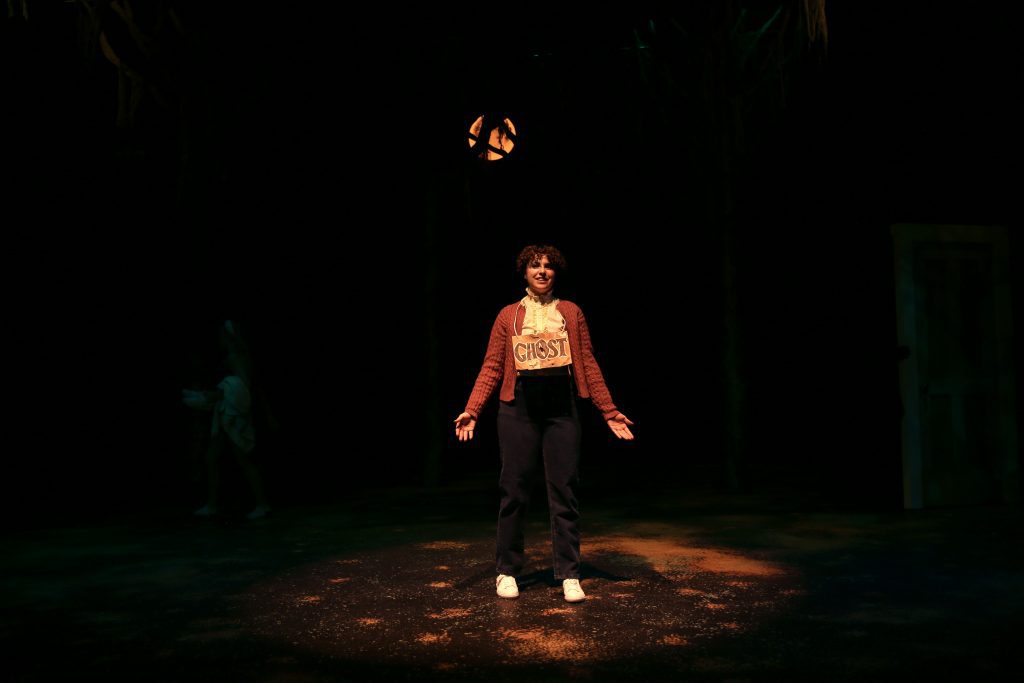 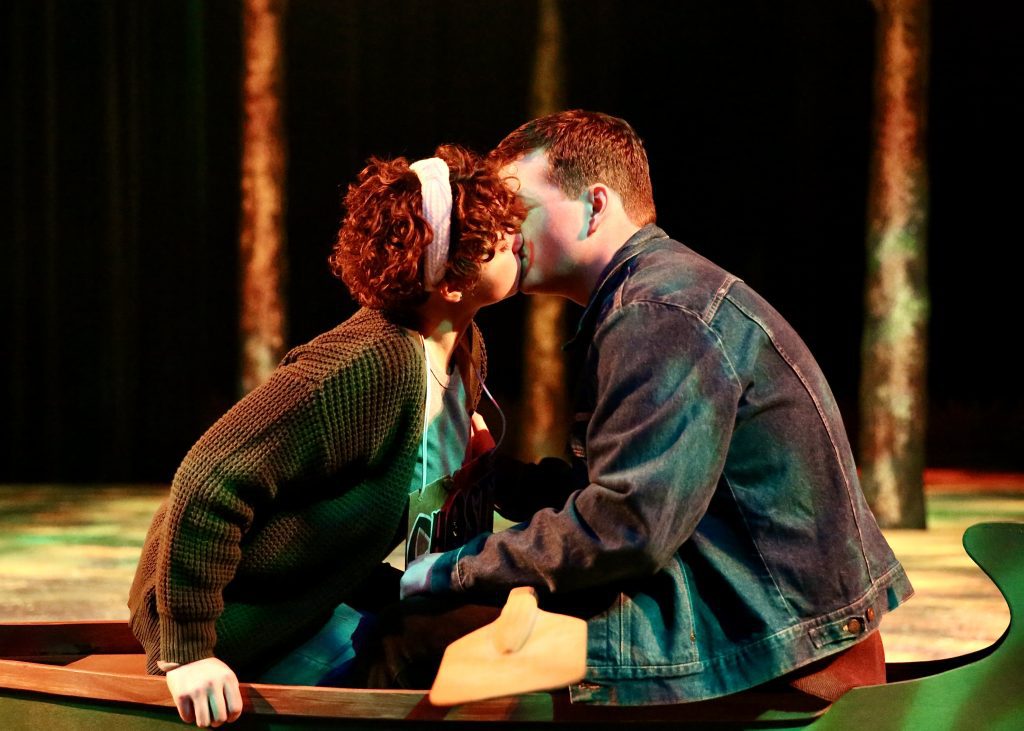 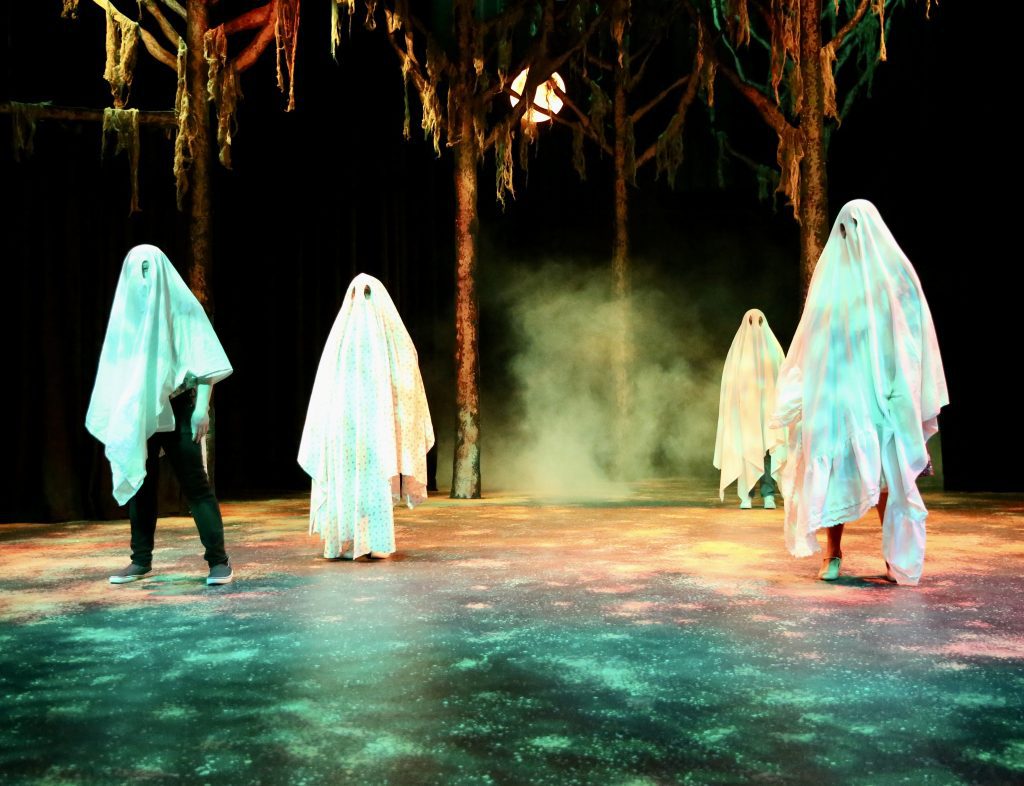 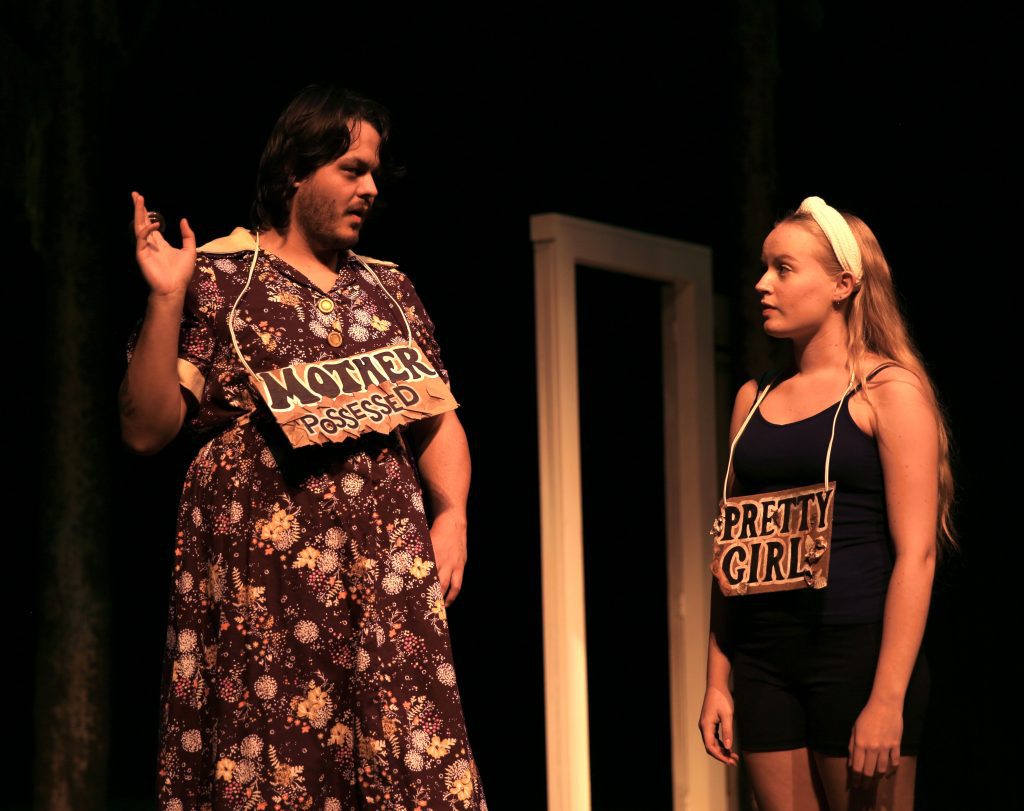 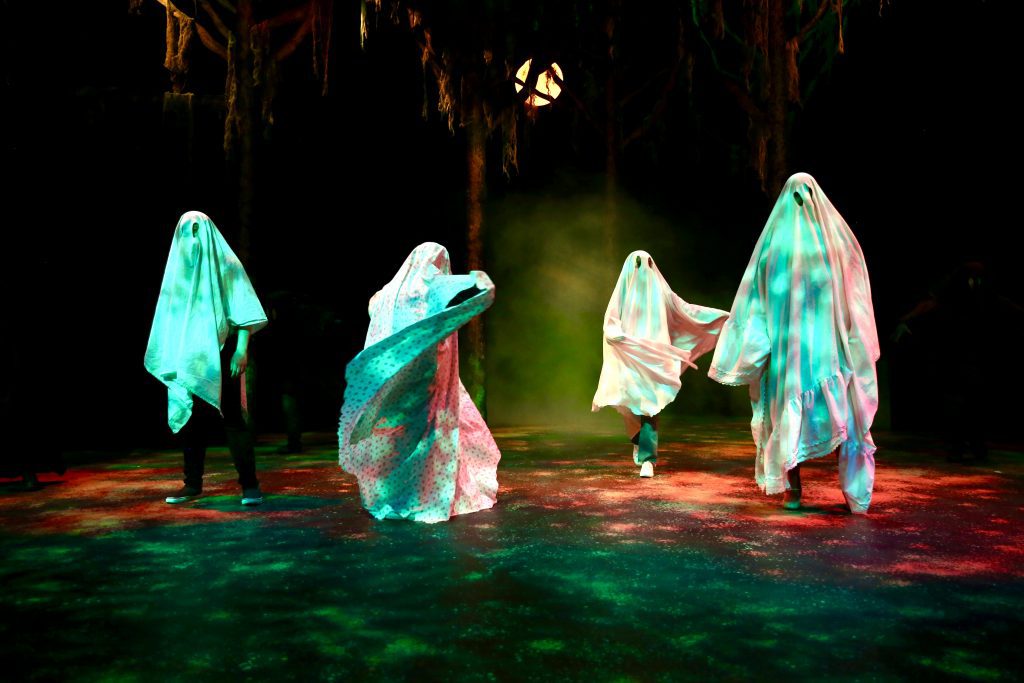 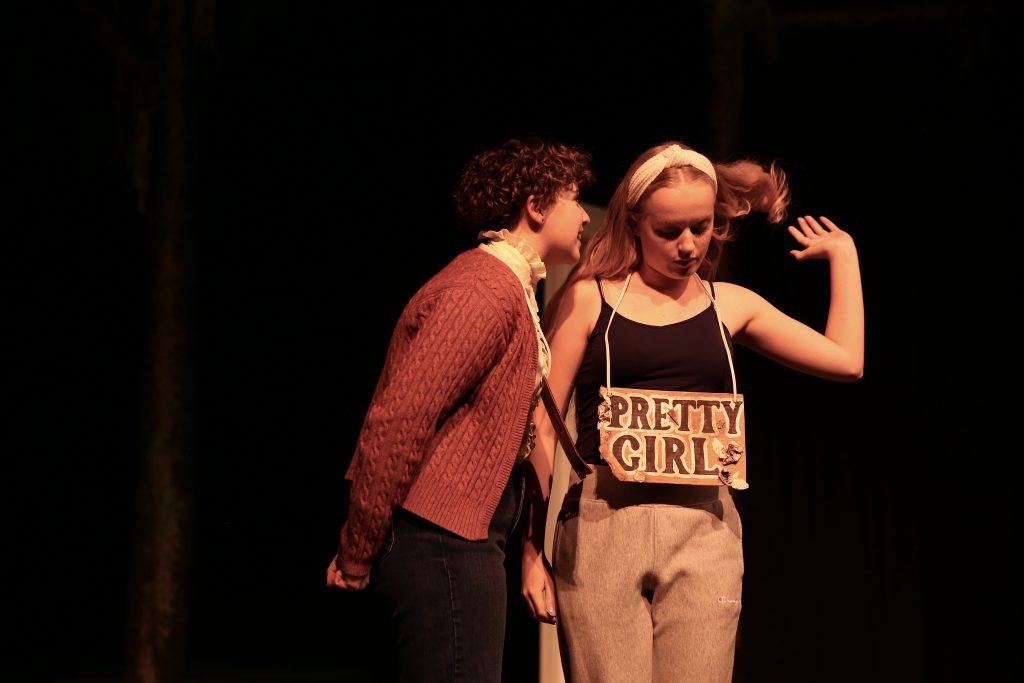 <
►
>
Directed by Jayne Stevens, “Stupid Ghost” is a fun and humorous take on decision making, obsession, regret and death. Photos by Hailey Reeves.

“It definitely takes on a more comedic aspect, while kind of diving deeper into those kinds of more tragic topics,” Palmer said.

Directed by Jayne Stevens, “Stupid Ghost” is a fun and humorous take on decision making, obsession, regret and death.

“How can you make the most of your time on Earth, if you’re only given this certain amount of time?” Stevens said. “How do you live each day to the fullest so that when your time to go happens, you don’t have leftover things that you didn’t accomplish in your life?”

The play is relatively short and does not include an intermission, but time does not diminish the witty jokes they crack, spontaneous behavior that the ghosts protract or the heart-wrenching drama the noteworthy cast induces. This play makes you feel lost in their world and become excited with suspense and laughter the second you step foot into the theater.