A dog humps, shits, eats trash, licks where you don’t want it to and bites. Despite the lack of prefrontal cortex\ in these four legged hairballs, we humans can’t seem to get enough of them. Perhaps we keep them because dogs love so unequivocally and ungrudgingly.

In Clackamas Community College’s production of Sylvia, Sam Levi’s character Greg, a middle aged stock trader, finds this dog brand of love to be more fulfilling than his wife’s. The play explores the relationships between man and dog, man and wife and man and world by making great use of an anthropomorphic, English speaking dog, Sylvia.

Sylvia the dog was played by Molly Bowman, who took loving care to her role. Reminiscent of FXX’s Wilfred, Bowman carries on conversation with both Greg and his wife Katie throughout the play. As Greg’s dog, her stupidity incites of all the play’s man vs. wife tension.

Later on, Sylvia becomes an imparter of wisdom to Greg and Katie, offering sagely advice to both. Having opposing personality traits written into a character is a difficult challenge for an actor or actress, but Bowman did it well.

Coupled with the physical challenges of the role (crawling, jumping, running and humping houseguests vigorously), Sylvia was perfectly played by Bowman. The entire gimmick of the play is this speaking dog, and if not for a sturdy actress cast in this role, the work would fall apart.

The roles of Tim, Phyllis and Leslie were all played by one actor, Colin Stewart. Tim is a stoner biker of sorts: a macho dog owner in the park. Phyllis is an uptight middle aged alcoholic and Katie’s best friend. Leslie is Greg and Katie’s androgynous therapist with an anger issue. He did a good job switching between the three distinct roles. Though each of the characters he played were rather one dimensional, Stewart played to his own strengths: enjoying and reveling in his characters’ own shallow mindedness. 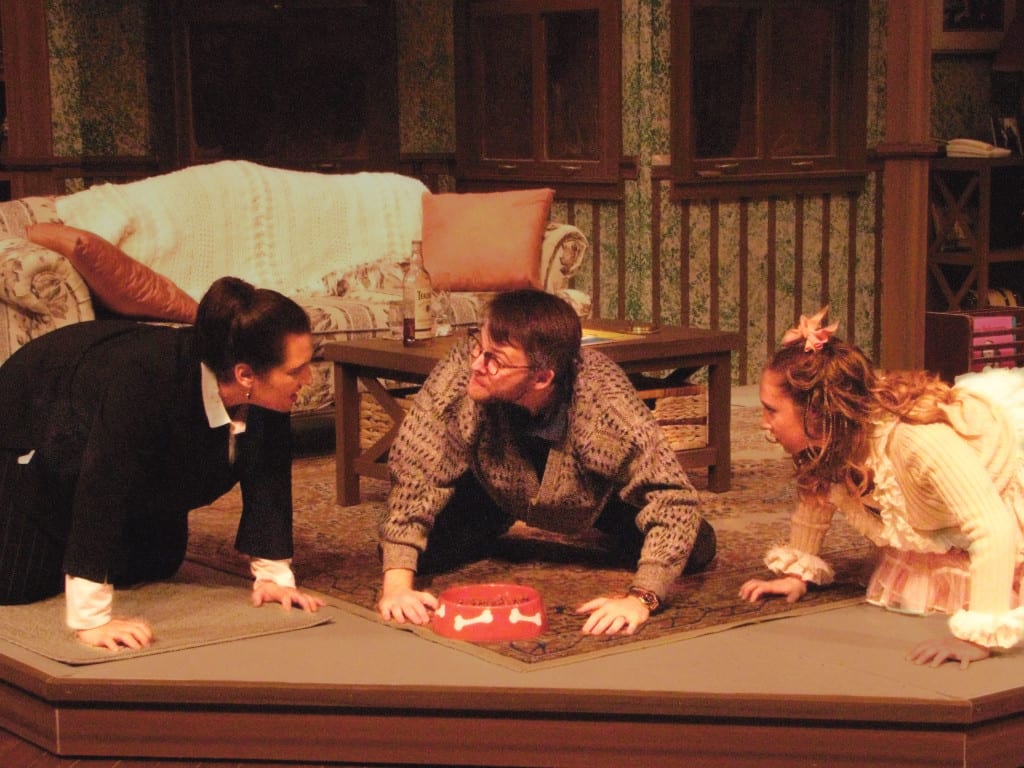 Sylvia, Greg and Katie face off at the end of Act 1. 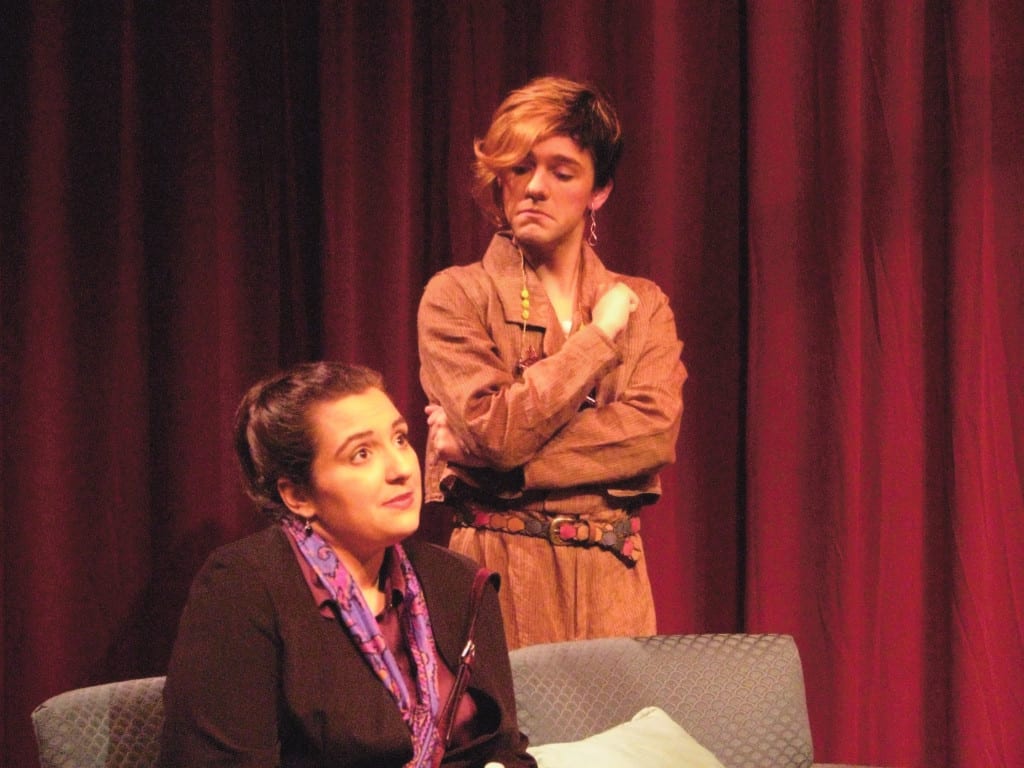 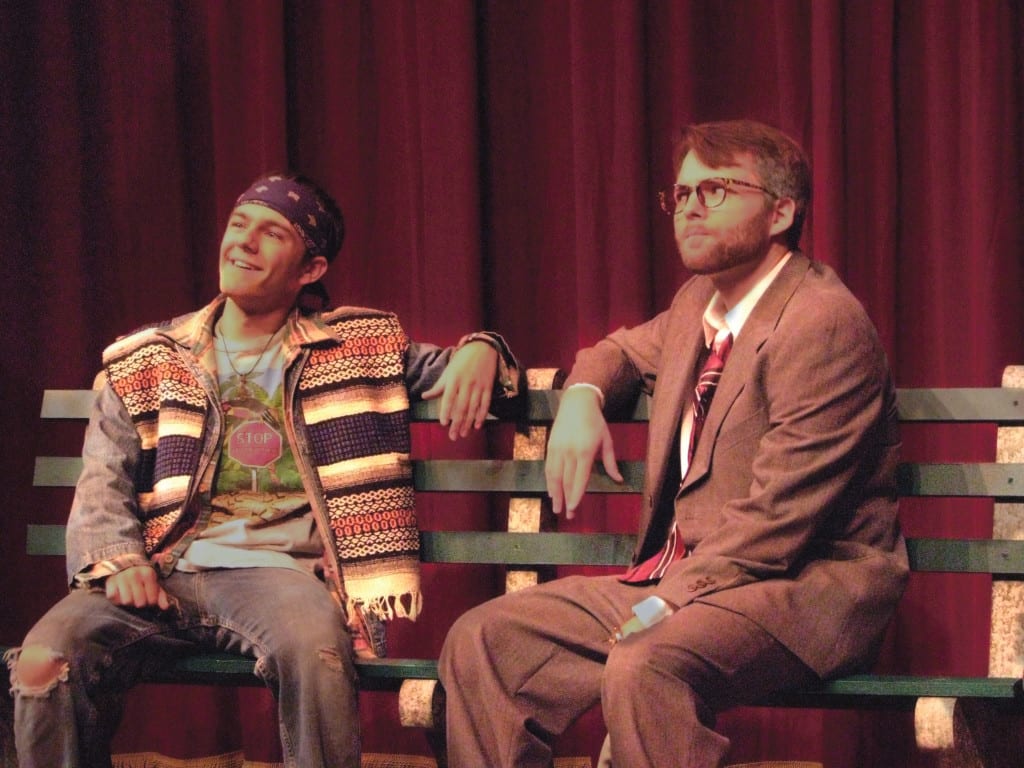 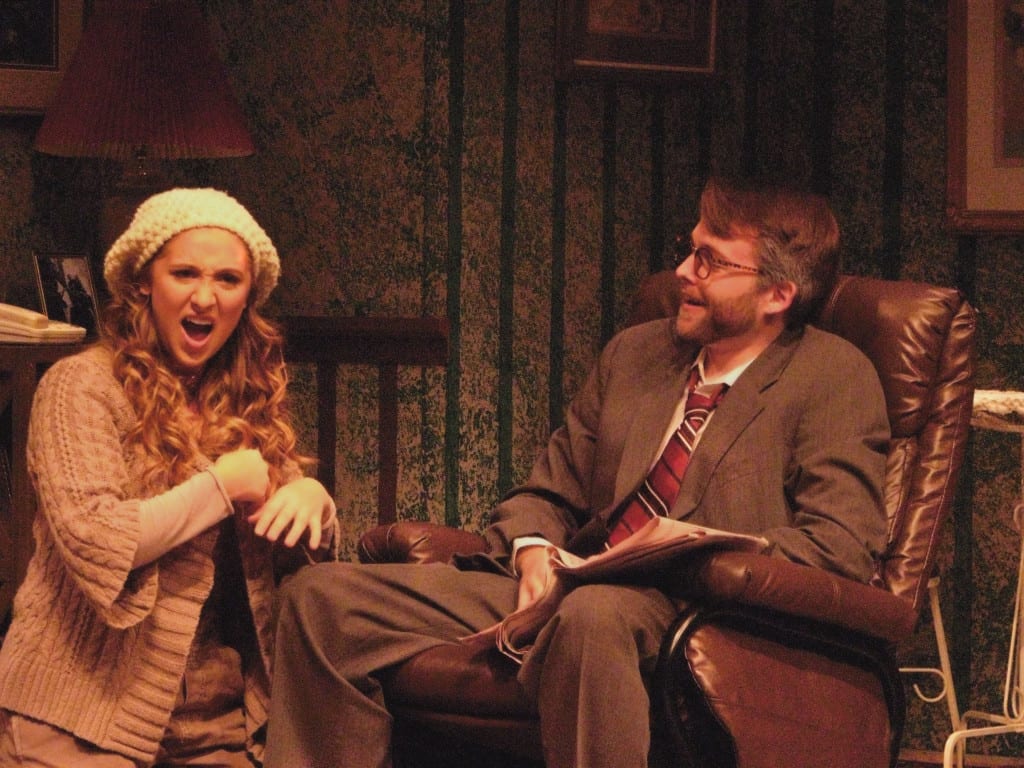