How many times have you had your voice shut down or not even heard at all? Just because a person may be of a different race or speak another language doesn’t mean we can’t relate.

Teatro Milagro performed a play on Oct. 21 called “Searching for Aztlán.” The captivating plot of this play takes place in Arizona. It starts out with Dolores Huelga, a teacher, trying to fight for the Mexican-American Studies and the Tucson school board members wanting to eliminate them. After a sudden dust storm, Huelga is on a quest to find the mythical land of Atzlán, and on her way she meets a Hispanic immigrant, a militant Chicano and the “High-Spanic,” one character’s silly name
for herself.

It was an outstanding production that not only caught the attention of our community, but also people throughout the world. Ajai Terrazas Tripathi, Monica Domena, Shenekah Telles and Jeo Alva all form a part of the actors in the theater company. Every year since 1989, Teatro Milagro has toured and performed around the world. Of course, the actors have changed throughout the years, but the purpose is still the same.

As to why our school had the opportunity to be a part of that, CCC instructor Irma Bjerre said, “The performance, which has to do with an important historical issue that affected Hispanic Americans at a point in history, exposes our college community to a movement that fought for their civil rights. This helps us understand the diversity of our community.”

Although Teatro Milagro performs plays with great enthusiasm and humor, their message personally impacts the audience. Sam Levi said, “As a white person, you know, living in the country there were a lot of those things that I could not relate to, but not in a bad way, it made me more empathetic to that. And I could relate to being frustrated about your voice not being heard. I could definitely relate to people jumping to conclusions about what you’re trying to do without letting you finish.”

Its unique performance, which included English and Spanish dialogue, really got you to listen more closely, unless you are already bilingual. The acting, sound cues, wardrobe and art in the background created the perfect image of Campesino Theater.

Domena touched on the voting power of Latinos after the performance. Domena said, “We have so much power, we don’t use it as much as we should. We are a huge demographic, so vote.”

On a personal level, watching the actors perform this amazing play has made me appreciate even more my own background of being Hispanic and being a part of this culture, knowing how much we, as a race, have fought for our own freedom and how throughout the years we have created an impact on society. Teatro Milagro has captured the attention of many throughout the world by sharing its humor, friendship and the determination to stand up for what you believe in. Teatro Milagro performs “Searching for Aztlán” on Oct. 21 at CCC. 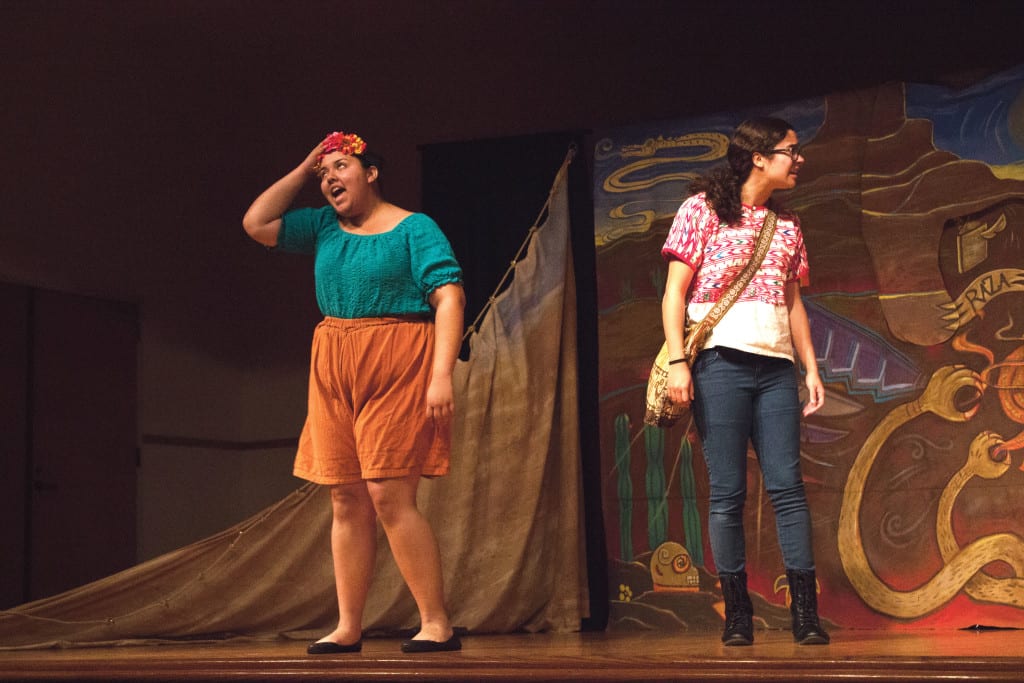 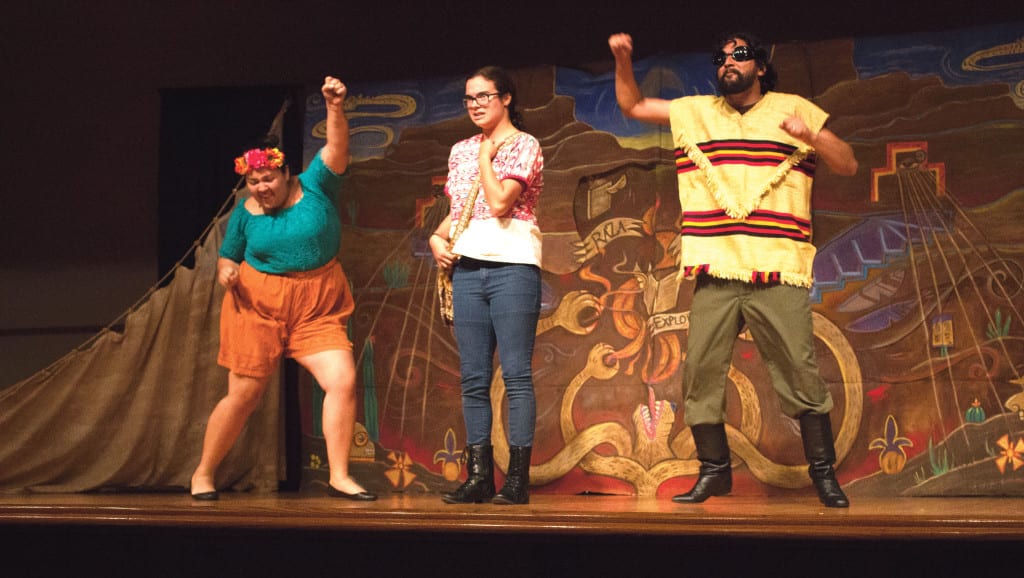 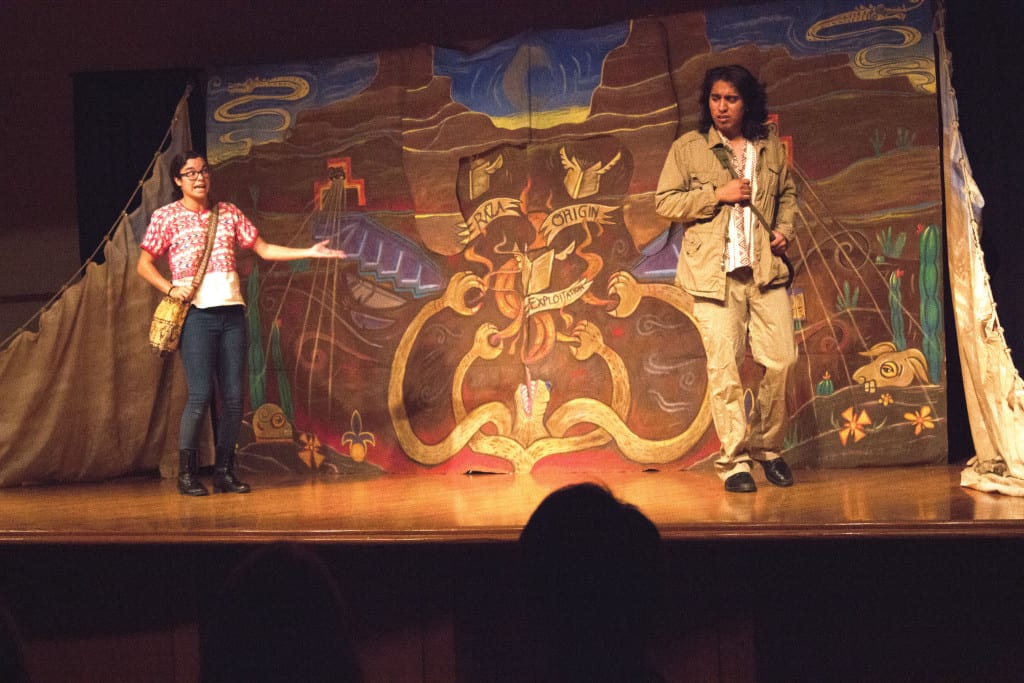 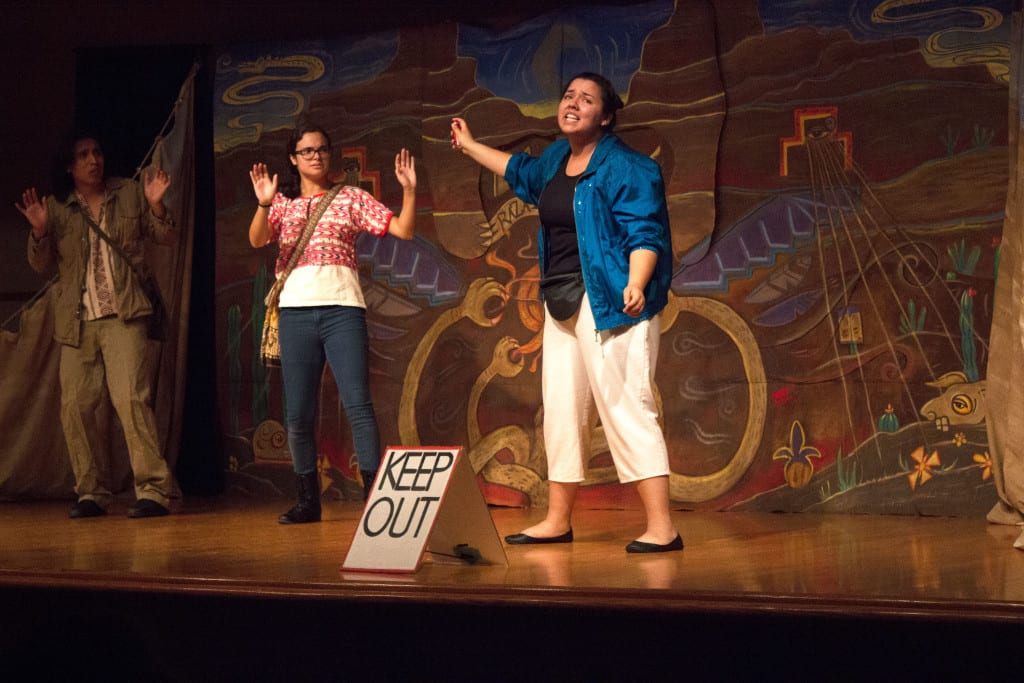 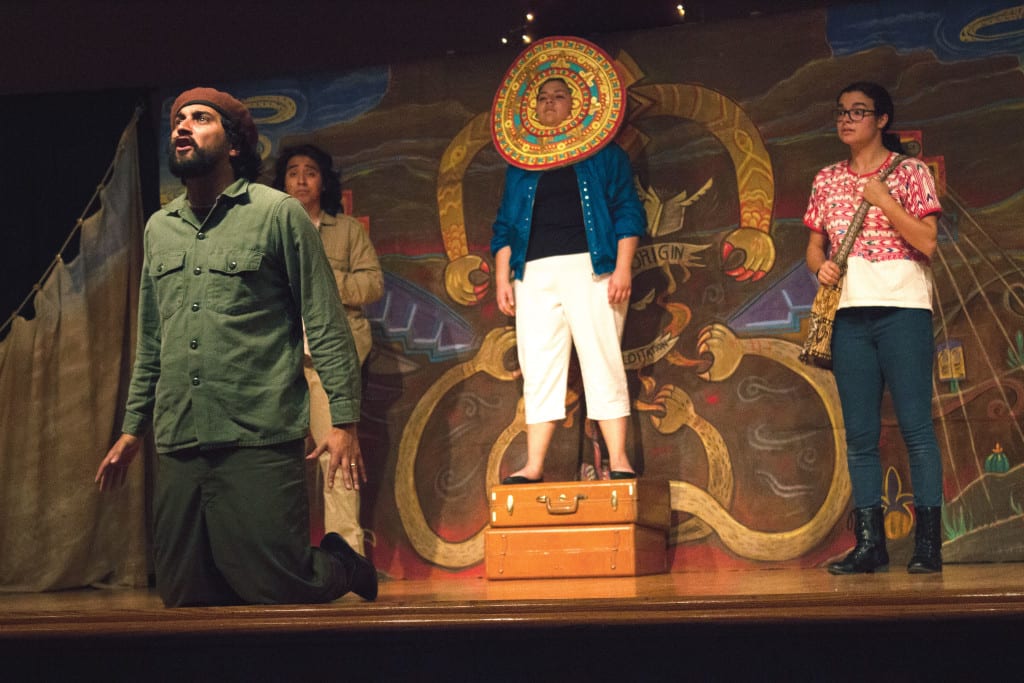