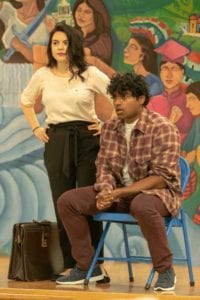 Clackamas Community College was visited by Teatro Milagro on November 6 in Gregory Forum to present “Judge Torres,” the true story of a young immigrant girl from El Salvador who crossed the U.S. border at the age of nine and persevered through countless hardships to eventually climb the judicial ranks, earning the title of judge. The story was adapted into a play by Milta Ortiz and directed by Mandana Khoshnevisan. Both Ortiz and Khoshnevisan have dedicated their lives to theater and worked on several other Latino theatrical projects.

The cast is comprised of only four members and all set changes, costumes and sound design are ran by the tight-knit cast as well — this is standard procedure for Milagro theater. Additionally, the play was in Spanish and English.

Élle Muñoz plays the role of Judge Torres, followed by Ahash Francis who plays her brother, Irma Gill-Yañez who plays her sister and Monica Booker who serves several roles during the performance.

CCC was only one stop out of many that the group made in their tour of “Judge Torres,” with nine performances preceding this one.

“We went to Washington D.C. and did three shows. Then we had two elementary schools and then two in Eugene then this one,” Muñoz said. “Then we have a break, then we move to L.A. to do a few shows, then we move to Chicago.”

Xiomara Torres refused to let other children endure the same pain she did, and dedicated 14 years of her life and career in juvenile law. She graduated with a sociology degree from U.C. Berkeley and would later attain a law degree from Lewis & Clark.

Muñoz has met Judge Torres herself several times and has drawn a great deal of inspiration from her character. “She’s really kind, genuine, beautiful,” Muñoz said.

Not only is Judge Torres a survivor of the foster care system, but of child abuse and sexual abuse as well. Torres is a proud advocate of the #MeToo movement and has heard the stories of countless others who share her pain. Muñoz finds similarities between Torres and herself, and at one point found it difficult to play the part.

“I had to get myself into that headspace a lot and it was very draining emotionally.” Muñoz said. “There was a point where I didn’t want to do this job anymore but I pushed through it and I told the stories I saw that the emotions hit other people as hard as they hit me.”

One aspect of the play that Muñoz favors is the fact that immigrants are portrayed in a positive and hopeful light, rather than the derogatory one that has been painted in the past few years. “You don’t get to see people like us be the protagonist,” Munoz said. “I’m kind of honored. Xiomara Torres is a judge, she’s an important figure and if it weren’t for us she wouldn’t be getting the exposure she needs.”

Francis said that Judge Torres is the perfect role model for anyone enduring hardships in their life, especially immigrants. “There aren’t a lot of successful immigrants who came from nothing, who went through foster care and didn’t have a family growing up,” Francis said. “It’s important to have visible role models in entertainment and media.”

For Yanez, it’s about not letting your past define you. “Keep in mind that your struggles do not define you or your future.” Yañez said. “No matter what is happening or has happened nothing is going to stop you from getting to where you want to go as long as you keep working hard for that.”

For those wishing to hear more tales of Judge Torres’ bravery please visit the Milagro website. 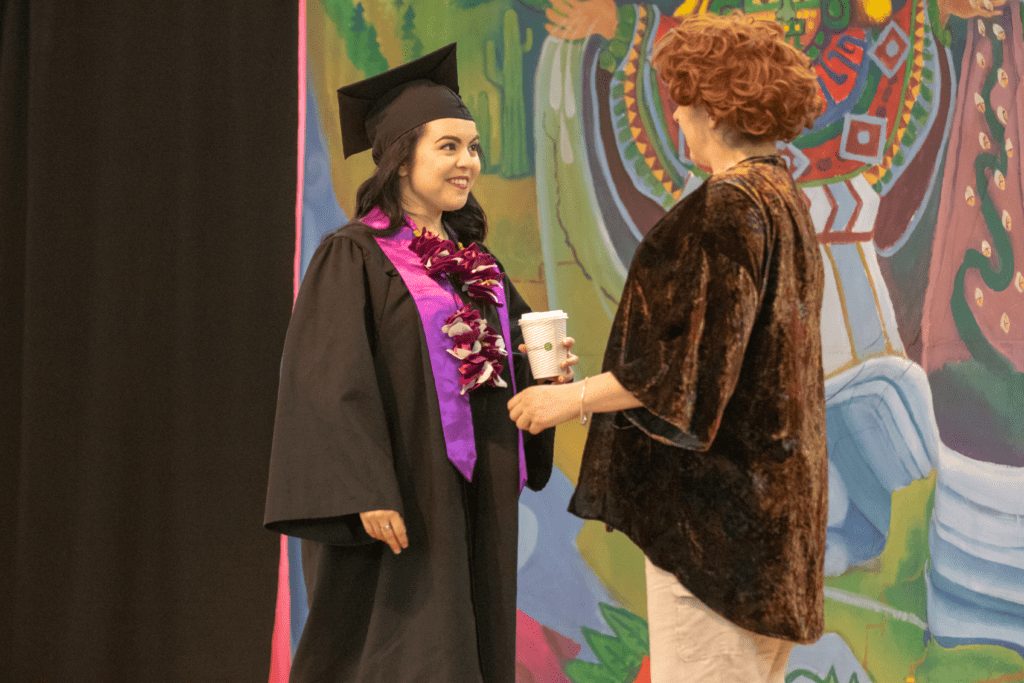