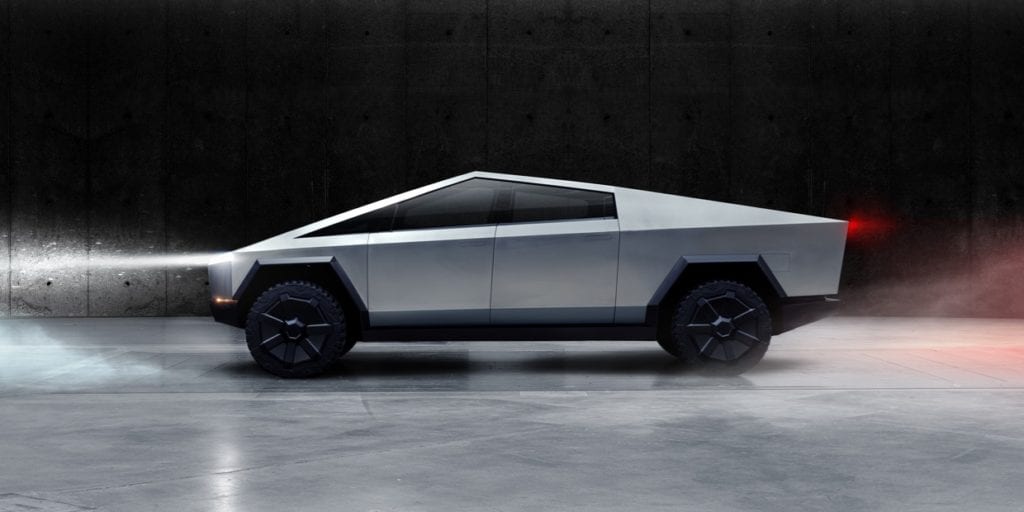 The future has arrived, but not in the way that you thought. The Tesla Cybertruck arrived in a smashing presentation on Nov. 21 as Tesla CEO Elon Musk unveiled his highly-anticipated electric truck. That said, Musk’s presentation left many people wondering whether or not it was a joke.

During the unveiling, Musk said that, “Trucks have been the same for a very long time. Like, 100 years. We wanted to try something different.” The truck made its grandiose entrance onstage with a serenade of flames and lasers shooting out behind it.

The Tesla Cybertruck is nothing like any other vehicle the motor company has ever made, and it shares no resemblance to any of their other models, apart from the wheels. The truck features a triangular design; many people have made fun of the truck since its debut, saying that it looks like an unfinished render. Many memes began appearing online shortly after, quickly ballooning into a viral joke.

The rest of the presentation laid out the trucks specs; Musk showed off how their new cold-rolled steel doesn’t bend or scratch, even going as far as to hit the truck with a sledgehammer displaying how tough it is while poking fun at the Ford F-150’s for their “Built Ford Tough” slogan.

All that said, the truck had some issues showing just how tough its new “transparent metal glass” windows are. In an attempt to prove the strength of the windows, a metal ball was thrown once at each window —  they cracked both times on stage.

“We’ll fix it in post.” said  Musk after the embarrassing demonstration.

Musk later explained on Twitter what happened, “Sledgehammer impact on door cracked base of glass.”

After the window fumble Musk continued, demonstrating how fast and strong his new truck was by showing his Cybertruck completely beating a competitor’s truck in a tug-of-war battle.

Lastly, the $69,900 high-end model offers a triple motor all-wheel drive that offers 500+ miles of range making this truck one of the longest ranges in any current electric vehicle. If you look at a Tesla model S, its long range version gives 373 miles at a price of $79,990, more than $10,000 more than the 500+ mile variant of the Cybertruck.   According to Elon Musk, Tesla has already received nearly 200,000 pre-orders since its announcement.

Before the presentation ended, Musk showed off a new Tesla all-electric ATV before loading it into the back of the bed of the Cybertruck. There has been no immediate information on whether or not the ATVs will be available for purchase. 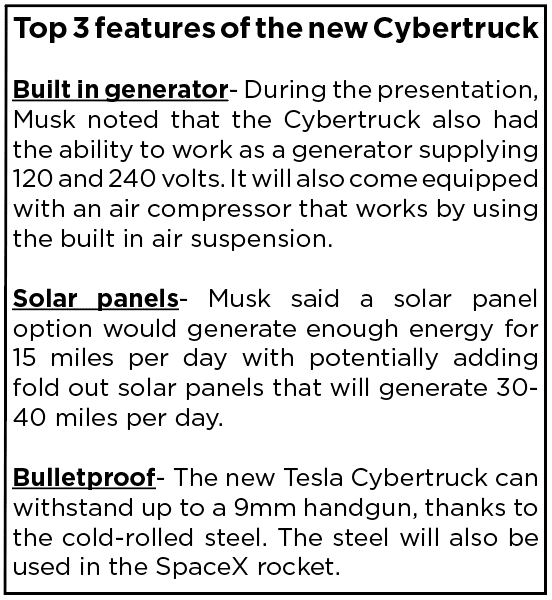