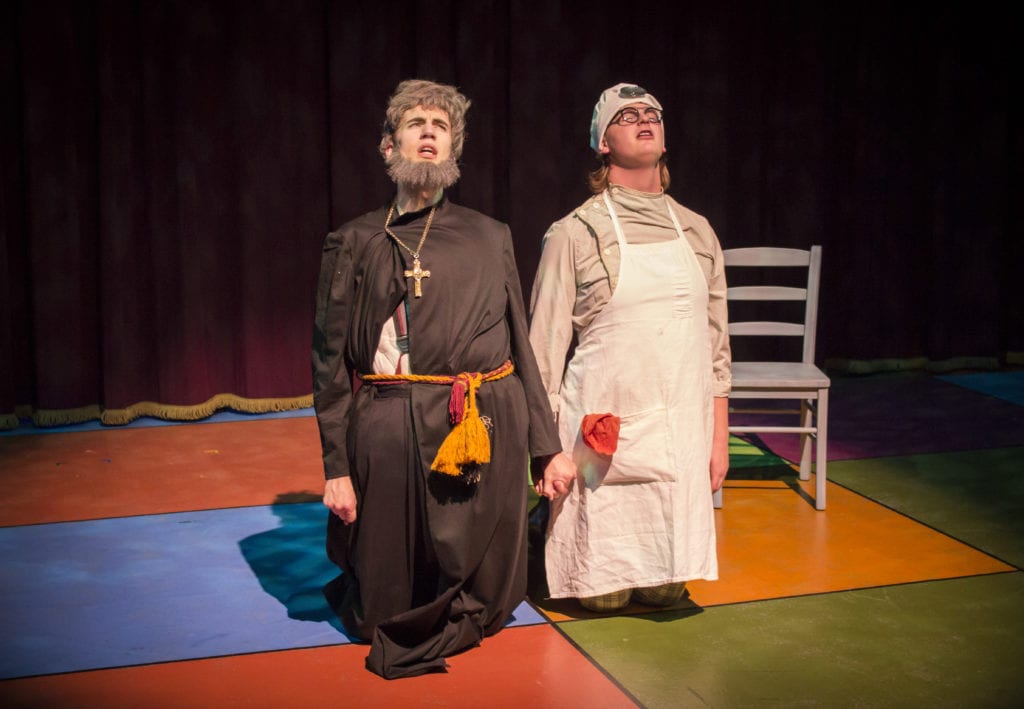 “The Good Doctor” is a play that combines the work of two writers. Based on the various works of Anton Chekhov, easily one of the greatest short story writers in history, the play was written Neil Simon, an equally accomplished American playwright, screenwriter and author. Its original run, which opened on Nov. 1973 was met with critical acclaim, receiving several Tony Award nominations.

The play itself is split into ten short stories, narrated by an unnamed writer.

“The character that is the narrator in the play is really kind of a thinly veiled Chekhov himself,” said James Eikrem, the artistic director of the play. “He’s never referred to exactly by name, but we know because he’s talking about the things he’s written and because of the quotations that are in some of the speeches, he has that he’s really Chekhov talking about his own work.”

The writer’s narration serves as a bridge between each of the stories and allows for a near seamless transition.

“We really wanted to keep as festive a pace for the show as the show itself is,” said Christopher Whitten, the scenic and lighting designer, “and that’s the challenge. How do we eliminate the things that get in the way of that kind of festive pacing?”

To do just that, a moving stage was constructed for the play’s use. Two moving platforms are used to wheel in and out various props, and sometimes actors themselves, as the play transitions from one scene to the next. Rather than having the audience wait between scenes, the narrator discusses each piece giving context, and a few silly remarks, as the next environment is quickly pieced together.

The narrator’s, Billy McLendon, acting was especially noteworthy among the performing cast. His performance was near flawless, easily holding the audience’s attention during the transitions. Weaving in and out of the scenes as required, the transition from story to narration always felt natural and smooth. Even during the two stories where the narrator participated or played a different character, it was never difficult to follow. Each of the included stories was entertaining in their own way, each unique and engaging. Of the 10 included sequences, three were especially entertaining.

The first, the opening story after the narrator’s introduction, is titled “The Sneeze” and tells the story of a government clerk and his unfortunate encounter with a high ranking official. The acting of the clerk, Cody Traber is particularly noteworthy, defined by the character’s strange nature.

The second is titled “Too Late for Happiness” and features a wonderfully performed duet featuring Taylor Miller and Allison Andresen. The tone of the sequence is also noticeably different from the others, setting a more somber tone, whereas much of the play is more comedic in nature.

“A Quiet War” featuring Miller and Traber is the third and possibly most surprising of the three, featuring two retired military commanders as they debate the contents of the perfect five-course meal. Despite its innocuous content, the scene is wonderfully performed by the actors, who are easily able to convey the humor of the scene.

Overall, the performance was humorous, at times touching and a very enjoyable experience. The play runs now through June 4, with showings Thursday through Saturday at 7:30 p.m. and Sunday matinees at 2:30 p.m. Additionally, there will be a special performance held on Friday, June 2 at 10 a.m. Performances are held in the Osterman Theatre, located in the Niemeyer building. Admission is $11 for adults, $9 for seniors and $5 for students.