The Life of Yeezy

Kanye West’s antics have been inescapable this last month: Does his album own up to all the rachor he’s made?

A being that is everywhere is omnipresent. With omnipotence and omniscience you have the divine. Kanye West is omnipresent; he’s on the television with his wife, he’s recording music for the masses, he’s in Madison Square Garden with his fashion shows. In his own eyes he is the progenitor of fame, the forger of modern hip hop and a world visionary whose ideas serve the masses.

He’s a profane god though. He publicly starts fights with other celebrities, makes a living off of filthy lyrics and brags about the hordes of women that he’s had sex with all while maintaining his status as a Christian believer.

West’s new album “The Life of Pablo” came out Feb 14. As described by West, it’s “actually a gospel album.” This gospel album contains such sacred lyrics as:

“And if I fuck this model And she just bleached her asshole And I get bleach on my t-shirt I’m’a feel like an asshole.”

This juxtaposition of beauty and profanity, of the holy and of the wicked is Kanye West’s whole being, and the theme behind his music.

The exposition of any album is its title and cover art; West’s albums’ expositions mix the holy with the profane. 2010’s “My Beautiful Dark Twisted Fantasy” did it in the title and on the cover. The artwork of the album features a character (presumably West) giving a thumbs up while having sex with an armless angel. 2013’s “Yeezus” just did it in the title. West’s nicknames “Ye” and “Yeezy” are silly: a mutation of the last part of his name. Updating his nickname to Yeezus elevated him to the divine.

“The Life of Pablo” does the same juxtaposition. When released, West left critics scratching their heads as to the cryptic “Pablo.” Pitchfork started their review with comparisons to Pablo Picasso and Pablo Escobar; The New York Times ran a story comparing Ye to Picasso. The day before the release West explained on Twitter: “Paul … The most powerful messenger of the first century… Now we stand here 20 centuries later… Because he was a traveler…”

“The Life of Pablo” is the life of Paul the Apostle. West didn’t make the title the life of Paul though, it had to be Pablo. It had to be changed to fit West’s aesthetic. On the cover are two pictures, one of a marriage, one of a topless woman in a thong. Around the pictures are printed the words “Which / One.” Apparently the choice for West is between the Pablos. Is he an artist, a criminal or a saint? The holy and profane content suggest all three.

Inside the album West never relents from the dark/light theme. The album starts in the light, specifically in an “Ultralight Beam.” A little girl cries out “We don’t want no devils in the house, we want the Lord!” Matthew 18:3 echoes across time: “Verily I say unto you, except ye be converted, and become as little children, ye shall not enter into the kingdom of heaven.”

The little girl cries hallelujah as West takes over for the refrain. “We on an Ultralight Beam, this is a God dream.” Chance the Rapper enters in the album’s most shining moment. With his “foot on the devil’s neck,” Chance references the hymn “This Little Light of Mine,” sings the first rainbow and praises glory to God. The song ends as a choir sings “faith.”

The next eight songs are as unfinished, unpolished and as masturbatory as any eight tracks ever released by an artist. “Dark Fantasy” was built with maximalist lush textures and larger than life images. “All of the Lights” is a powerhouse of a song that succeeds in feeling truly encompassing, from the infinity of all the lights to the infinitesimal and personal: abuse. The album was committed to being maximalist, and each song finds a way to push the sounds further.

“Yeezus” was in turn a minimalist album. Digital punk with hammering drum machines and dark synthesizers gave West the sound to express his anger in a cold sweat. The ten tracks of “Yeezus” are hard as diamond and fully sculpted into a consistent product. The Life of Pablo is not committed to any sound. It will bounce from a “Dark Fantasy” sounding track back to a “Yeezus” track and then to a half produced “Graduation” track. The songs all sound unfinished with little semblance of structure.

Maybe this is deliberate. It helps the profane mix back into the divine, for certain. The first intelligible lyric in the second song “Father Stretch My Hands Pt. 1” is the model with a bleached asshole line.

“Famous” features a Rihanna-sung hook and the tabloid headline inspiring lyric from West, “I feel like me and Taylor might still have sex. Why? I made that bitch famous.” Another prod from West at the listener in a desperate plea for attention. The song itself is close to the digital punk of Ye’s last album, but is no “Swish” (another of the titles West had given this album before release).

Most Christians would say that claiming to be like God is blasphemous, but that doesn’t stop West from hinting at his own apotheosis. “Low Lights” is two minutes of a woman praying in really quite a beautiful expression of her own faith. West said that the song was inspired by moms driving their kids to school and going to work. Still, halfway through something in the brain is triggered and one wonders “Is this prayer to Jesus or to Yeezus?”

The divine associations West has created for himself are too strong to not have him creep into your mind every time God is mentioned. On the album Chance the Rapper says, “I met Kanye West, I’m never going to fail.” Couldn’t the same also be said of one’s savior?

At track 10 the album finally starts to be redeemed. “Waves” was the title track back when the album was still called “WAVES,” and only made the final cut on Chance the Rapper’s insistence. It’s the most radio-friendly song on the album. From there to track 18 are eight fi ne songs. Both of West’s “Good Fridays” singles are in the last half of the album. There are guest appearances from Frank Ocean and Kendrick Lamar.

“What if Mary was in the club, when she met Joseph around hella thugs? Cover Nori in lambs’ wool. We surrounded by the fuckin’ wolves.”

The profane sides of West and Kardashian mingle with Christ in the manger.

It never lets up.

West’s shtick has been repeated over and over in his music. He reached the execution of its perfection in two albums: “My Beautiful Dark Twisted Fantasy” and “Yeezus.” Both of those albums pulled off the divergent themes of West’s music in two sonically dissimilar, but fully refined ways.

“The Life of Pablo” fails because it isn’t committed to a sound. It is unfinished and weighed down by its own track list. If an album isn’t supported by its songs, what supports it? 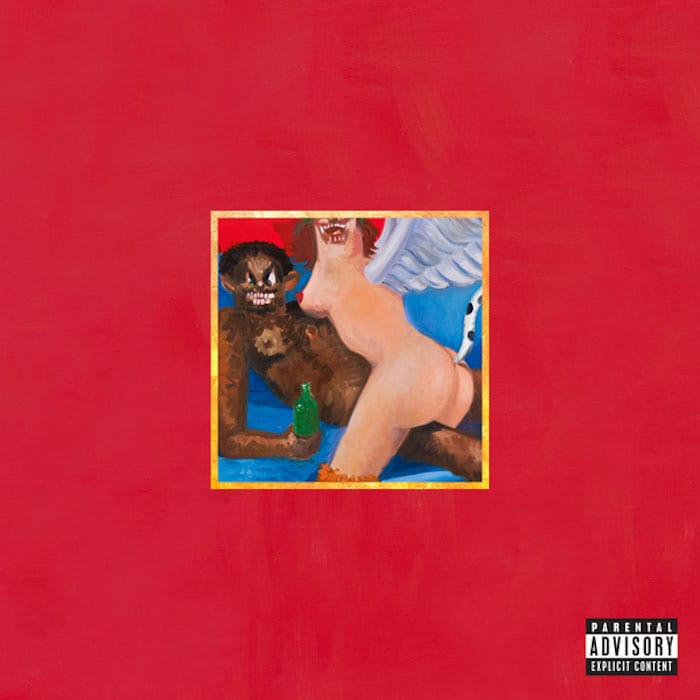 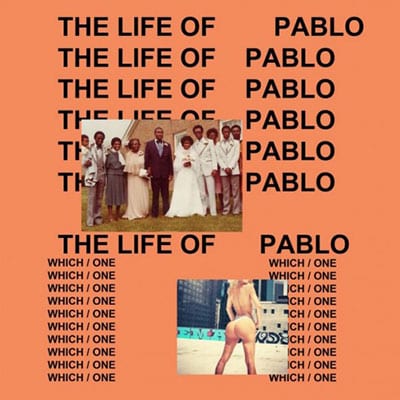 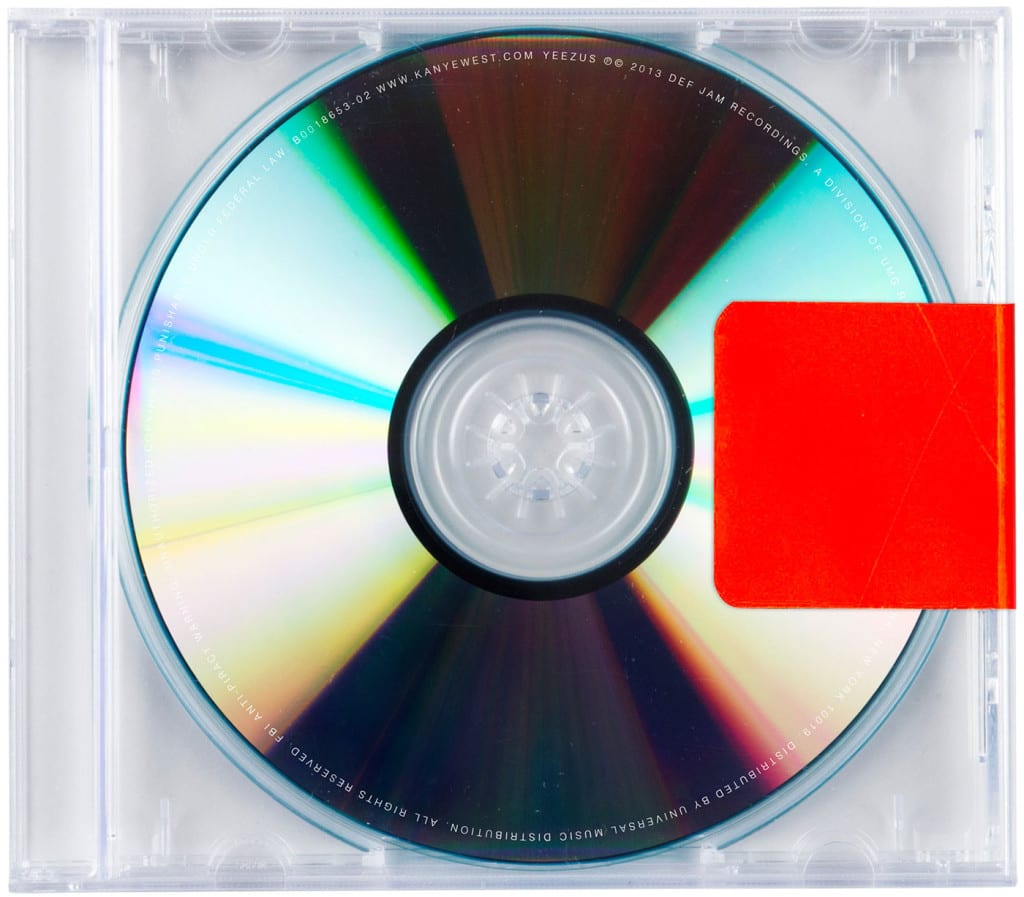