“The Lost Boy” kidnaps the audience 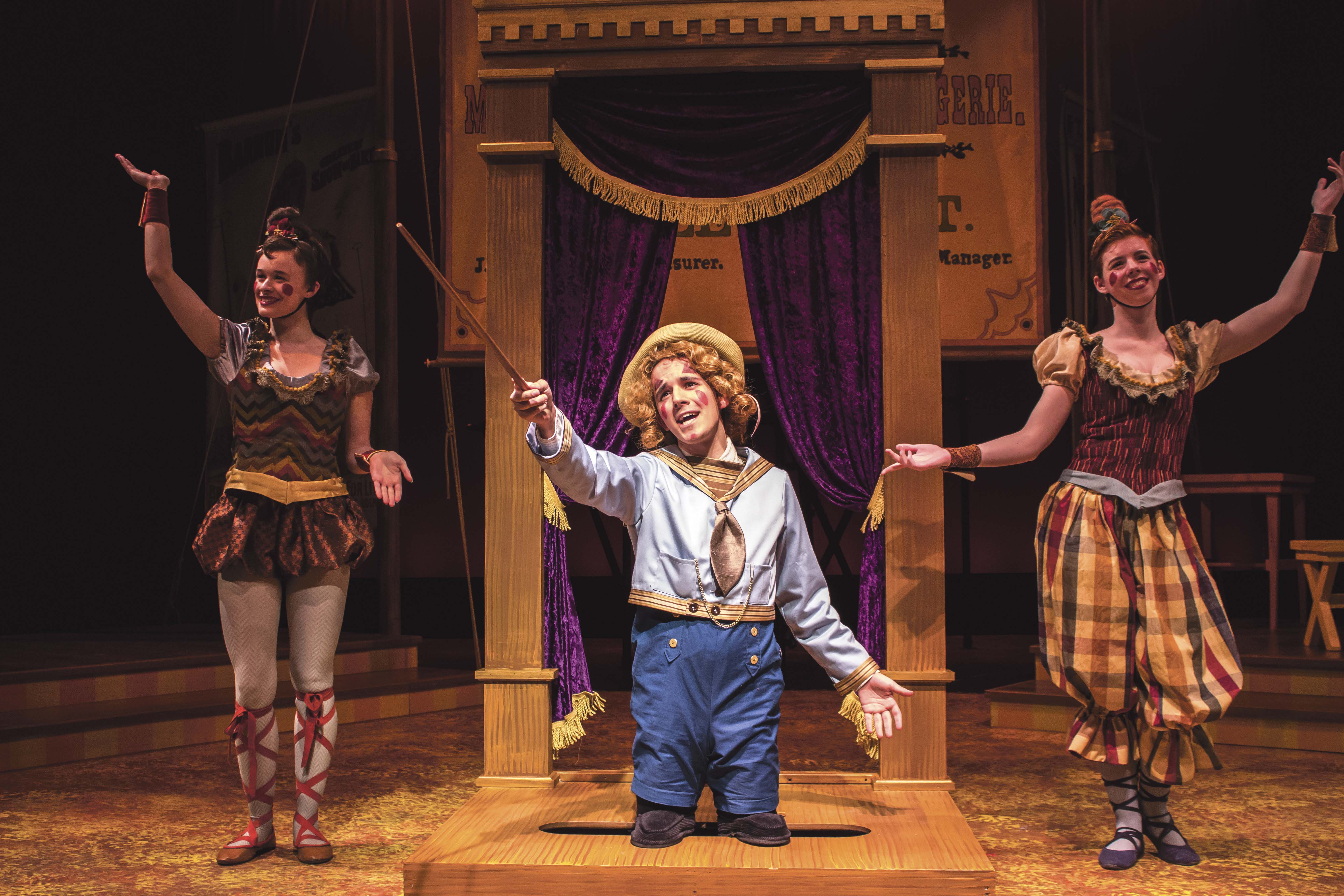 Story and photo by Jared Preble

Whenever a tragedy occurs in society, media outlets often circumvent certain aspects of the truth and instead mold it into a gasp-worthy story in order to grasp the attention of a large audience. “The Lost Boy” is no acception. In fact, it’s this view on the media that makes this story so compelling.

Written by Sue Mach, an english teacher at Clackamas Community College, “The Lost Boy” tells the story of a whirlwind of emotions centered around a family’s search for their missing child and the media that came with it.

In 1847 the first kidnapping in the United States occurred, and it was the first time that the kidnappers demanded ransom money. This sent the nation into a frenzy of gossip and outlandish stories, and people who saw an opportunity to make a quick buck at the expense of the boy’s family were plenty. One of the more notable extortionists was none other than P.T. Barnum, renowned businessman and circus proprietor, who saw this as good of a chance as any to cash in on the hubbub revolving around the boy’s disappearance, as well as the steps that were being taken to return the boy to his rightful home.

“In our society so many people are drawn to like, the tabloids and, for lack of a better term, fake news. Thing that aren’t necessarily reliable sources of information. Or maybe their drawn to stories just because of gossip or something, but sometimes there’s an actual issue going on behind it,” said Cody Traber, who plays the po- lice detective in charge of the kidnapping case.

Throughout the play, one is guided through various entertaining spectacles revolving around the circus. From a fearless woman read- ing newspaper headlines whilst swinging from a trapeze, to one of the finest jugglers around town, there’s no shortage of wondrous displays to amuse those who seek a good thrill. For those looking for a strong underlying message, look no further. Amidst the circus putting on their show, frequent transitions take place that inform us of the turmoil the family of the miss- ing boy must endure, whilst trying to keep their heads afloat amidst the sea of chaos.

“I think, one of the real messages that comes from this play is where is the truth and often how we get caught up so much in all of the at- tention to a story that we forget what the story is actually about and we come away with it kind of having lost something,” said James Eikrem, the director of “The Lost Boy” as well as fifteen other productions at CCC. “I think that they will really enjoy all of the spectacle that’s in

this play. The setting is a metaphor for a media circus and we’re using that literal circus setting to help highlight that.”

The dress rehearsal for “The Lost Boy” took place Feb. 9, and even with the shift in snow levels, the cast managed to perform on time.

“I think that we had a little bit of a scare be- cause of the weather. That put us behind, but we have worked very hard and we’re caught up and I think we’re ready to open,” Eikrem said. “All

of the cast members, those with a lot of experi- ence and those with little experience have really worked very hard and well together to bring the show both onstage and the crew.”

Despite the endeavors both in story and out, the cast and crew succeeded in producing a phenomenal performance, and the chemistry between cast members made the motivation behind their character’s actions and choices

of word believable and helped carry the story from start to finish.

“It’s a great group of people, I’m not a student here anymore at CCC but it’s nice to come back and work with students that are starting out and doing things,” said Taylor Miller, a drama veteran and former CCC student. “My biggest highlight has been portraying a real life person and being able to research him and see what really happened in P.T. Barnum’s life and trying to portray that on stage.” All in all, “The Lost Boy” was a very well written story.
Couple that the vast amount of talent that the drama department at CCC has to offer, and you’re in for a wild ride. In every play, there’s a cer-tain expectation of quality. Without apparent effort in a story and its setting, the audience might feel less compelled to pay attention to the finer details in the story, resulting in a unfulfilled expe-rience. This is by no means the case for “The Lost Boy,” as everything from the costumes to the set were top notch and embodied the era from which they were conceived, and I look forward to seeing what stories their efforts will tell in the future. “The Lost Boy” runs March 1-11, with shows Thursdays through Saturdays at 7:30 and Sunday matinees at 2:30. Tickets are $11 for adults, $5 for children and $9 for seniors over the age of 62.